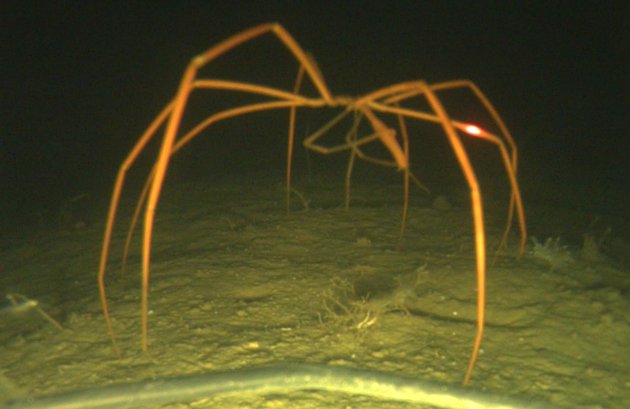 OUT OF CHARACTER INFORMATION
GENERAL INFORMATION
PHYSICAL INFORMATION
Strengths:
Weaknesses:
CULTURE
HISTORICAL INFORMATION
The Decapi are a genetically-engineered species of relatively new origin. At first designed as an Errindak-type creature by the myriads of Aeravalin scientists and Baedurin military experts, the species faced immediate issues. Their physiology at that point was far more eel than arachnid, but this design ran into issues. They had been created for the sake of ship defense, but through some scrambling of genetics, their behavior tended to make them impossibly aggressive towards their carrier. The first test-run of the Decapi at this stage led to the death of dozens of Draelvasier attempting to prevent the consumption of a Debaucher.

Unwilling to utilize Draelvasier genetic material in the creation of these new defense beasts for fear of biological assault as had been conducted on Yurb, and incapable of using the common Errindak gene-file for the creation due to unforeseen territorialism, the scientific team was forced to search for alternative lifeforms. Scouring the planets under the control of the Bryn'adul, and currently being repopulated per the standard of the Draelvasier, they were capable of locating a number of biological samples whose attempted adaptations to these new colonies made them suitable if not perfect candidates.

Meshing together these samples naturally produced a number of infertile and inconsistent abominations that needed to be slaughtered soon after creation, but successful templates began to arise from the proverbial ashes. Some of the templates were far too passive in their performance, lacking any drive towards hunting, and would starve soon thereafter. Others were far too aggressive, gorging themself on whatever prey was available, even if the defensive mechanisms of their biology led to their imminent shutdown afterward. Eventually, a suitable candidate was located, and its mass-production began.

To call the Decapi project a "success" would be something of a stretch, and it is quite likely that scientific teams will continue prodding and re-combining genetic material in an attempt to improve the beasts for years to come. For now, the Spiderlings admirably suit their purposes.
Last edited: Sep 9, 2020

I’m Judah Lesan, and I’ll be reviewing your sub!!

Before we get rolling I see you left off the HISTORICAL INFORMATION of the template. As per Codex Standardized Rules:

The entire template must be used in your submission. The template's base fields are not to be changed/removed/altered with the exception of a Force Nexus. If a Planet does not have one this can be removed. Otherwise, If the field does not apply simply state "N/A". Additional information and fields may be added if desired.
Click to expand...

If you could fix that and then tag me, I’ll get this submission review underway for you!

Hello and thank you for your review!

I have literally no idea how I managed to avoid an entire section, especially one that large from the submission. I swear I copied everything over directly from the template... but I suppose accidents happen, and it is at the end.

It should be updated now with an appropriate if short history submission. Please let me know if there's anything else that needs clarification or updating. Cheers!

This looks good to me! Interesting submission... fun to read though I had to keep a rolled up newspaper next to me just in case!! LOL!

Gonna pass this up for an additional review as I am training still.