The Sith Empire had always made great use of powerful battlecruisers designed as mobile weapons platforms and siege engines, particularly when dislodging well-entrenched enemies in the Core region such as the Alderaani and Commenori. But, the current battlecruisers that fulfilled this role for the Empire were beginning to show their age. ​
​
They needed to adapt, they needed to be improved.​
​
The Autarch was the solution. Though it was built upon the same principles as its forebears, the Autarch differed with a vastly streamlined hull design and better managed internal systems that reduced space and made operation smoother. A pair of powerful orbital autocannons dominated its ventral hull, which could be angled and rotated to attack nearly anything situated below the lateral line of the battlecruiser. ​
​
As the Empire switched gears into its next phase of expansion, more and more Autarchs were put into production to phase out the aged siege battlecruisers in the Empire's possession.​
8/2/2019
Changed image and image credit
Edited Material list
Edited Armament list
Added Hangar Allocations
Made slight changes to the description

Please list any and all subsequent changes to this submission and tag a member of the Factory team when completed. 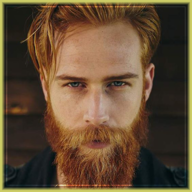