OUT OF CHARACTER INFORMATION
GENERAL INFORMATION
PHYSICAL INFORMATION
Strengths:
Weaknesses:
CULTURE
HISTORICAL INFORMATION
Discovered in the reconstruction era of Atrisia the first Raptalians were encountered by the Atrisians after several massacred a village seeking food. THey had seemed to survive the destruction by hunting animals and what jar'kai and atrisians that they could find to feed on. They didn't have the features yet.. they were much larger and more violent. IT would take several thousand years for them to become what they were by the time of the jade empress and the unification wars. By then their bodies were slimmer and more idealized taking on the look of idealized Atrisians as they settled into a position as apex predators among the humans.

With the unification wars they were not entirely able to hide... they were in the armies... information was being traded among the network that had been established. The information being shown and used allowed villages to compare mysterious beings in the forest and legends of the Raptalia. Empirical science was being brought forth and some were discovered and observed... others hunted down and dissected to try and figure out what they were. It became more and more dangerous though... it saw them being hunted down and some scattered to remote locations around the planet to be in seclusion.

The centuries were kind to them, the people of Atrisia didn't stop hunting them.. they were considered a danger but danger became a story and a story became a legend... and a legend became myth through the mists of time. When Atrisian colonies started to form they were some of the first heading off. The Demeter being a famous ship that arrived with the third wave of passengers to a colony with no one on board. the autopilot had brought it in and only remains were found. Other colonies reported things similar but they were small scale... wide spread they aided the colonies with defense and if there was anything that tried to come after the food it would be attacked.

The wars that came as Atrisia moved from an empire into the Commonwealth it brought many dangers and changes. The Quicksilver Empress in her fear of death sought ways to become immortal. From machines to the mystical methods and arts. She was in some legends seduced but in others she sought it... wanting to become one of the Raptalia but she didn't understand it... the creature stole her skin and became the empress while she was left to the life of a pauper in the street... still others persist that more tales came. The fox the cat the priestess and the king of dreams being a tale about a chamberlains fear and one priestesses compassion.

A thousand tales over several thousand years... a thousand stories told by the people as wars waged among the stars and rifts were opened... plagues came, sith forces rose and fell and conquered. Still Atrisia and many of its worlds lived and the clever foxes survived... smaller in number then many might think but they happily would fight among each other or their enemies. THey survived even longer when the wars came to the world to expel the offworlders and it became a feast of which they partook... force users who served a false emperor.. an offworlder and they were losing.. they were being pushed back and seeking refuge... seeking sanctuary for a moment in the night they could lure them in and eat them.

The Jishi era and return to many traditional Atrisian values saw them getting the chance to recover and expand.. their population devastated from centuries of fighting but also lower and lower birthrates.. plague, rifts and attacks.... missing colonies... but the emperor and empress were bringing back many things that would benefit a whole lot of the Atrisian beings... from the new to the old... the ancient to the newly rescued. Chiss and other species escaping devastation and danger are making the world into an exotic plate of morsels that they can eat.
Last edited: Jun 10, 2021

this is ready to be judged 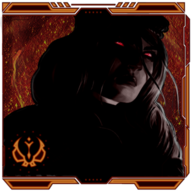 Junko Ike Heyo. So I like this submission, but just have a few questions for clarification on wording and such so I know for certain beyond assumptions.

Could you please clarify what this means, specifically the last part? Do they absorb someone else's energy/take their body to change their skin? Is it uncomfortable/nearly fatal to them?

Does the final part involving the lightsaber imply that said crystal has been removed and used in a lightsaber, ala a Krayt Dragon Pearl? Or does it mean something else entirely? I ask primarily because of the weakness stating that said crystal being removed from their body can effectively kill them.

Junko Ike said:
Their jewel: The bezoul that is formed in their body is a connection to them, their life force, their robust health... severing it from their bodies or destroying it can effectively kill them.
Click to expand...

Thanks for clarifying these!

Mrurh'en'lase | Hel thank you and I shall answer the questions first

John Locke it was deemed a little too risque even for being on youtube. Long and short is they use force energies to flay a victim (off screen) and it is more like the faceless men in game of thrones they can wear it.

For the jewel yes similar to a krayt dragon in how it is formed and vital. Using korean mythology the fox bead is tied to immortality and stealing it can make them mortal. IN this way a saber crystal could be fashioned that augments the blade (factory sub is being worked on for it down the line)

Atrisian standard is from the sub Atrisia which focuses on high technology to improve quality of life and advance understanding and education.

I hope that answers the questions and I am up to adding to it or editing where needed. The third and second I can see more clarification shoudl be done.. the first I don't want to be graphic but still maintain a sort of horror element to them.

Junko Ike Thank you for the clarifications! If you could just add said stuff (for the Jewel and the Tech Rating and skinwalking - the latter in a way that remains Chaos friendly but still a touch more detailed as to WHAT happens) in a sentence or half sentence, I can do one last looksie over and pass this on up!

Junko Ike Thank you so much! Passing this on up to

This looks good to go, however, keep in mind that very few members will be familiar with Custom Chaos Submissions so at ANY point if you're referencing one you should 100% link it. Especially, in regards to technology. It may even require a small explanation.

Ex.) You reference the "Jar'kai" in the History.

From the Wookie: Jai'Kai is a Lightsaber form.
From Chaos Search: We have Mirai Jar'Kai, Jar'Kai, the Forbidden City which, refers to the City then Kōyō Jar'kai which refers to the Nexus.

Which are we talking about?

Please clarify this, or, link what you're referring to. Give me a tag when you're ready for me to take another pass.

Srina Talon edited the link in