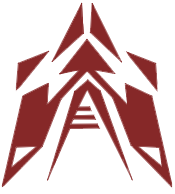 ​
ApexTech is a technological company focused around the production of military tech and top of the line weaponry/equipment - If it has a place on the battlefield, they will likely produce something for it. Based in Eshan with several locations/branches in neighboring systems, ApexTech strives to produce the latest and most lethal tech available to galactic powers. ApexTech is owned by and run by Fidavar Norn, a former member of the Sith Empire's Research and Development branch. ApexTech typically markets itself to parties that benefit from war, and thus continues to produce into the market with an ever-growing arsenal of vehicles and weapons.​
​
ApexTech, unlike most companies, doesn't appear to be in business simply for the credits, but simply rather for just building weapons of mass destruction/death. So long as a client has the money to fund the initial research and development of a project, the finished product can be sold en masse for relatively cheap and still at the best quality available. Their primary clientele are usually warmongers, warlords and generally individuals who have a high disregard for life in the Galaxy as well as peace.​

​
ApexTech was founded by and built up from the ground by Fidavar Norn, a former member of the Sith Empire's Research and Development with hefty funding from anonymous donors, with generous donations from numerous benefactors to maintain business by those that benefit from war profiteering/business. In essence, ApexTech lives and thrives off of the suffering of many through strife and conflict. Despite its roots from the Sith Empire, ApexTech provides and manufactures for virtually anyone, with special orders being made to those who greatly promote the business of war. Fidavar's own personal reason for starting ApexTech was to simply have a 'creative' outlet to keep him entertained, though publicly stating he was purposefully building weapons responsible for the countless deaths of millions across the Galaxy simply for the fun of it would likely not sit well with the public.​
Last edited: May 11, 2020