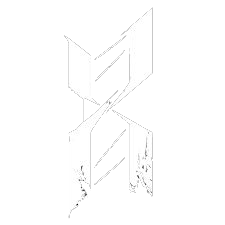 Pramanix Corporation​
OUT OF CHARACTER INFORMATION


Pramanix Corporation is a biomedical tech company that specializes in body augmentations and cloning. They dabble quite extensively into numerous different branches of the medical field, both humane and inhumane. Pramanix thrives off of experimental products and modifications, pushing the boundaries of what the body is capable of, experimenting with gene therapy and numerous forms of augmentation. Taking after the methods and processes of the Kaminoans, Pramanix Corporation has conducted numerous experimental ventures to test the limits of clone creation, being able to take a peak specimen and extract desired traits and implement them into a new specimen - this in addition to the sped-up cloning processes of Spaarti Cloning chambers allowed Pramanix to mass-produce large quantities of biological test subjects that have a catalog of numerous specimens across the galaxy that they can select admirable traits from to piece together a peak physical specimen.​
​
Pramanix Corporations operates as a purely cybernetics and drug-based company on the legal market, though its primary operation in cloning and other illicit procedures is conducted in secret facilities scattered across the galaxy, with a majority of them being based in Sith Empire held territories. These operations and markets are known to very few and trusted individuals with many connections and deep pockets.​

​
Pramanix serves to be the medical foundation as a subsidiary of ApexTech Industries, providing them with the means of producing clones for staffing their other facilities/companies as well as providing for numerous benefactors biologically enhanced clones for war. Their 'official' storefront operations is that of cybernetic augmentations to aid in helping those who have lost limbs or require physical therapy. Its variety of clinical drugs to aid in providing medical relief also assists in maintaining Pramanix Corporation as a legitimate and trustful corporation with no malevolent intent.​
Last edited: Feb 23, 2020