Any one want to have a duel? (preferably a force user)

Look im still trying to get better at pvp even though I have had one successful duel. I would like a patient force user, I don't care who it is, as long as it's not an ally. Im still learning how to be a better role player, and I believe that by being more effect at writing him in a one on one situation will help. I would like a slim victory given to him as well, but as said it should be a victory barely won. Anyone game?

Character Bio
@[member="Bane"] you aren't going to get many people willing to lose to a non-force user. But, good luck. 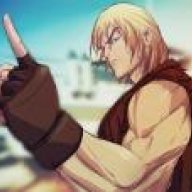 Just popped in to wish you luck, since I'm out of the running from the start.

Im not though.. I have just one passive ability. It allows me to maintain and easily increase my muscle mass. Next, since when did being a non-forcer user, against a force user give a big margin to the force user? Jango fett, boba fett, bosik, and many others could easily take on force user's... not much of a big deal

Hehehehehahahahaeheheeh -clears throat- sorry thought it was a comedy club..;

make the thread @[member="Bane"] and I'll see what I can do to entertain you.

Pm me I have no idea how we should meet for the fight..... 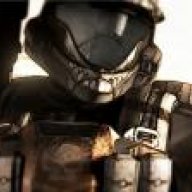 Character Bio
@[member="Rolland CZ M1 002"], because you would totally not be cut down by me if you tried getting up close. But, good joke. May ill just gargle and moan throughout are entire fight, just fight batman.

Character Bio
Jesus @[member="Rolland CZ M1 002"]
@[member="Bane"] its possible to do it man.
@[member="Meta"] @Iris Fontana me and Rolland with decimate you both tag team

I wouldn't be so sure. She's a sith knight, just because you are a Czar doesn't mean you're better than everyone else bro. Just saying, because I know a few people on here who could kill all of the Czars together. For example Darth Arcis or Carn Dista.

Character Bio
It all depends, its more like I'm confidently that either you're gonna lose, or work for that win. And I'm sending a friendly challenge man calm down. I didn't mean no disrespect. I'm sorry @[member="Meta"]

@[member="Meta"] @[member="JerrickShado"] I don't claim to be better than everyone else or my project better than them. If they want to fight me with little sloppy half ass one paragraph posts in an invasion or duel I don't care if they are a master best believe I'm stomping their ass out when I'm giving three to four paragraph posts every time. If you put in as much effort as I do when writing I will have you beat me. My motto is if I'm putting that much into a thread so should you.

Jerrick, that in no way was meant to be taken as an angry rant.
Rolland, thats not always fair though. Not everyone has the time for it.

Character Bio
Look here I'll settle this. @[member="Bane"] I ha e a character. Fight him. He's not the best fu but if you gimmie you're 101% best you'll get the win. If not it'll either be a draw or if its below 90% I'm taking the win.

Lets Have a Non-Force User RP!

Looking For a Force-User Master