This article is in the series "Corpus Hrosha-Gul" 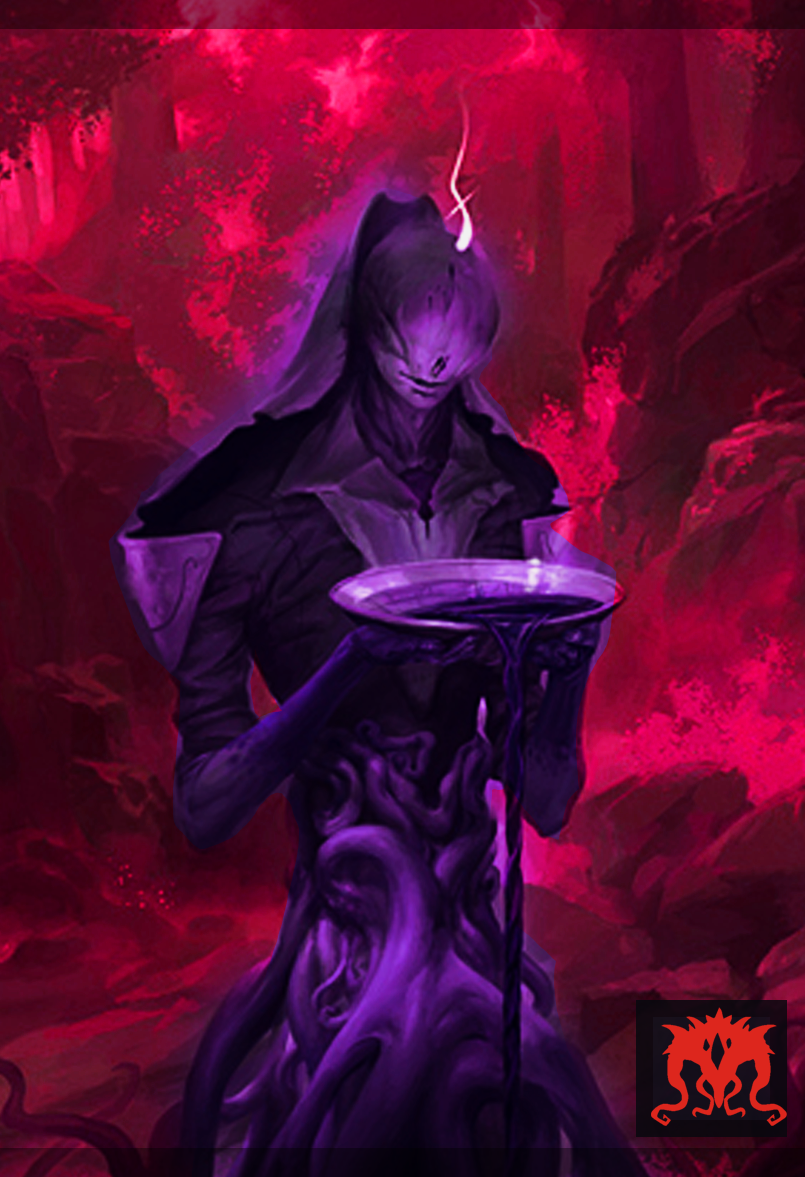 The Cannibal King, The Beast Of Change, The Maw Of Consumption. Yun-Amon, also known in the Yuuzhan Vong dialect as The Cannibal, is one of the few Gods that do not claim a Domain nor Caste of his own. Yun-Amon is relatively new on the scene, having come about during the Four Hundred Year Darkness due to the various splinter factions and cultures of the Yuuzhan Vong species. Most notably worshipped by the Myrshavong of the Hrosha-Gul, prayers and rituals to Yun-Amon follow the normal protocol of sacrifice and prejudice towards ones' enemies. The most devout of worshippers will feast on the flesh of the weakest of their flock, as Yun-Amon only favors the strong and most adapted in his flock. Shapers and Priests alike flock to Yun-Amon, to seek his guidance among their rituals of shaping and evolving their bodies in reverance to the True Way.

Myrshavong and other species heralded by the Yuuzhan Vong subcultures find solace in worshipping Yun-Amon, as his visage gives them strength where they would otherwise only find comfort in the Shamed God Yun-Shuno. Priests of Yun-Amon are not known to adhere often to the Caste heirarchy, often seeking to embrace the chaos of Yun-Amon's trials by blood and strength. The Cannibal King is often depicted as a slender being of small stature, holding a bowl of blood. His top half resembles that of a Yuuzhan Vong, while his bottom half descends into the tendrils of a yammosk.

Though new in the True Way religion, Yun-Amon's reach is vast and his worshippers have quickly gained a dominant foothold in the religion.

The Origin And History Of Yun-Amon

Being a New God, his arrival has caused a great amount of debate among the Priests of the Yuuzhan Vong community. Most have his birth and discovery in the Four Hundred Year Darkness, given to the Yuuzhan Vong by the Creator in response to the Gulag Plague. Others have his predication detailing some millennia before, stating the Cannibal existed even in the Before-Time during the wars with the Far Outsiders.

On occasion, Yun-Amon has been confused with Yun-Lingni in the annals of the Priest Caste.

The Myrshavong, and many growing sects of the Yuuzhan Vong, worship the Transmogrification - a day of fertility and shaping in worship of Yun-Amon.