Major Faction TO ALL JEDI 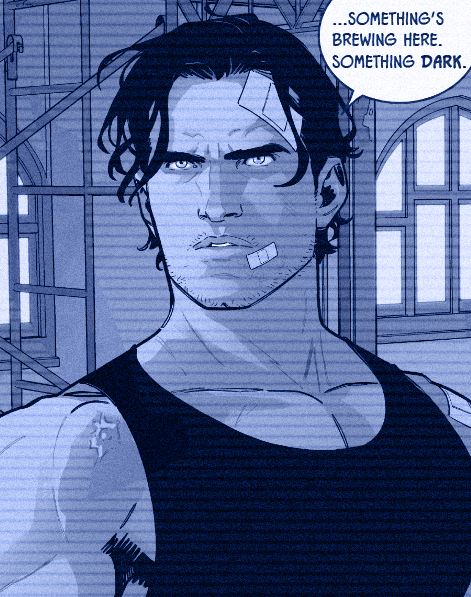 Little of the structure remained in use by the New Jedi Order, their size was diminutive compared to the old Jedi Order or their cousins the Silvers, and often one found himself wandering through empty halls and derelict sections, some even still in ruin; yet, that sensation had all but evaporated upon the Senate's 'recommendation' to confine the New Jedi within the temple.

Dagon Kaze couldn't brush away the feeling of no escape as if they had been buried alive in a steel coffin waiting for that last draw of breath before their life was extinguished and with it - hope.

Ever since they were mere youth, the New Jedi had learned to rely solely on themselves. Having little to no masters to properly guide them and smoothen their skills to be proper Jedi, they had naturally resorted to ingenuity and pure, raw determination and stubbornness. It was those set of qualities which had carried them through the Stygian Campaign against the Sith, rather than perfection of lightsaber forms and unrivaled mastery of the Force. It never felt enough but never as intensely as now.

The raven-haired Knight had to act.

When he opened an encrypted line to all Jedi frequencies, for a long moment there was silence - only his face staring into nothing, wounds and scars from Lao-mon, Jakku and past engagements evident on his form with the New Jedi temple's derelict interior in the background. As gregarious as he was, he always seemed slightly uncomfortable addressing a crowd (even one he couldn't really see).


<"...this is Dag Kaze of the New Jedi to all Jedi on this frequency--"> he paused pursing his lips and filtering between a thousand scenarios of what to say before he continued with a flick of the wrist sending the recent Senate decision to confine the New Jedi to the Temple to all receiving the transmission, <"--the Senate has all but locked us down within the Temple on Coruscant as you can see and... I can't shake the feeling of a great disturbance in the Force. Something's brewing here. Something dark."> he averted his eyes to the side, contemplating on his next words, <"If you can-- take this as an urgent call to Coruscant. I feel like we may need all the help that we can get to overcome this... whatever it is."> a long-held sigh escaped his lips, then, <"Thanks.">​
​

ooc// this can serve as an IC hook for Jedi characters who usually aren't on Coruscant to be present there for the Great Battle of Coruscant going live on the 13th Sept. Cya there!

the Senate has all but locked us down within the Temple on Coruscant
Click to expand...

Especially cause this has some strong Order 66 vibes... >.>
​
Listening to the message, Caltin was bothered, seething at the thought that there was an issue on Coruscant. The city-planet was no longer his stomping grounds, the Jedi Temple, though he has a set of quarters there, is not his home, this is all true. However, the place was still important to him, and the thought that the Senate was again trying to control the Jedi as if they were military or something was problematic. If there were truths to the Senate's accusations that would be one thing, but there was still such a thing as "due process".

The Jedi once stood as a beacon of hope for the galaxy. A symbol that there was good in everyone and that it could be brought out, not in some ridiculous "kumbaya" feeling but that the galaxy would no longer need thankless, tireless protectors, that they could live in peace like they had so many times in the past. A pipe dream? Yeah probably. However, Caltin had long believed that everyone in the galaxy, no matter the misdeed was capable of redemption. and "Redemption is never out of reach, you just have to reach for it."
Grabbing his gear, and contacting his droid, Caltin headed out, on his way "home."

Guardian Authority Ltd.​
So what you are saying is all the Jedi have been grounded to their room for being disobedient children. It's about time you brats got punished after all the evil you have brought upon this poor galaxy.

Makin my way downtown, walkin fast, gotta be sneaky and get a free pass.

"Ever since they were mere youth, the New Jedi had learned to rely solely on themselves."
Fine....

Ima find booty. Ima save booty. Maybe be nice and not tell you he needs to sleep on the couch.