What do you think it means to be Jedi? 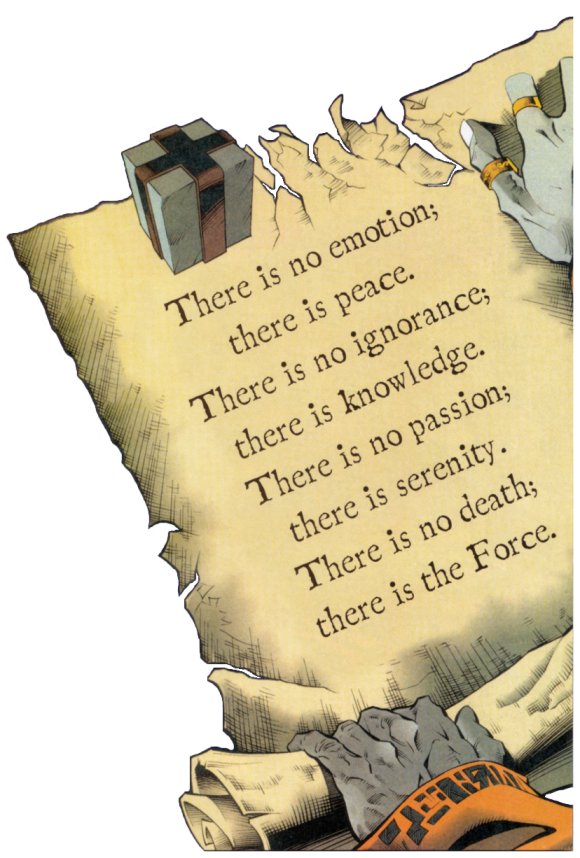 Is it to burn or save heretics?!

Just a discussion thread. Both OOC and IC opinions and welcomed, just please leave a note if what you type is your character's opinion. 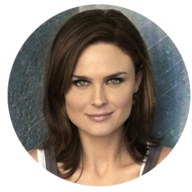 "It is the duty of the Jedi Order to protect and judge fairly all people, no matter their crimes. We do not purge, we do not assassinate, we do not murder and we do not allow political considerations to affect our judgement."
"But nor do we let the guilty escape. We are not crazed zealots or hapless pacifists; we are defenders of peace and justice. We imprison and contain, we rehabilitate where we can and secure when we can't."
"Also, burning heretics tends to cause a lot of problems, especially with the smoke. And embers too, do you realise how many houses witch hunters burnt down? Hmmph, silliness."

Character Bio
These are both IC and OOC views on the code.

Is it to burn or save heretics?! it is not for either of them.

I view the Jedi Code as a guidance for how all Jedi should follow the Jedi Path or Way if you like. I do not view them as rules, but to give aid when one is in situations that require advice.

There is no emotion, there is peace.

For me, this means that I should remove my emotions when faced with a situation that heightens them, in order to make a clear judgement of on a course of action. Once the emotion is remove, general an alternative to solve the situation presents itself. Patience is also required here too.

There is no ignorance, there is knowledge.

This is pretty much self explanatory .. we seek to acquire knowledge in order to learn, but also to form better judgements. This on does need to be monitored though as acquiring knowledge equates to power and that can be corrupting.

There is no passion, there is serenity.

I see this similar to the first line. However, this will further you to find peace, but peace within yourself.

There is no death, there is the Force.

As we are all already part of the force, when we die we simply leave our physical body behind and become part of the greater Force. So, there is life after physical death.

Character Bio
(OOC: This is my IC view)

"What does it mean to be a jedi? I've never actually thought about it, but. I don't suppose it has any real meaning, well. I mean it has a lot of them, not one singular meaning. Just take a second and think about how many kids out there fantasize about being one of us. Think about how excited and jittery they get when the see that majestic blade dangling from your waist, its tantalising to them at such a young age. But they love it either way, its amazing if I'm honest.

But past that commercial stuff, the foundations of our order were to serve and protect. To learn and have a better understanding of the ways of the force. I always hear people say Jedi fight for peace. It's simply not true, that is simply contradictory. Jedi fight for civilisation, so that; that civilisation can lead to peace and bring prosperity. But, the jedi. Like anything has changed over time. We've grown to become warlike, its so enigmatic to me. The sad part is, its better this way. Its the only way we can win, the sith? They don't have any restrains, but we are supposed to, how can we beat something while holding back? ...I suppose that's what makes us better than them.

However, what a jedi truly is. What he or she should strive to be, is an example. An example to others throughout the galaxy of the true prosperity of the will to act; against evil. Jedi shouldn't be seen as peacekeepers. Not anymore, we are warriors now. We wield the most powerful thing in the universe. The force, a single living entity that strives through us all. Our responsibilities outweigh that of any other, but that's what makes us a Jedi.

We stand vigilant in the face of peace. Always watching, always dictating. Some people don't like it, some people don't think we should have the power to dictate what is right and wrong. But, that's just the way thing are. We are so self righteous but we accept it, because we are Jedi, it is our duty. It is a BURDEN to be a jedi. It isn't a gift, its a responsibility, a reminder of what you are, a reminder that you are different and you have the potential to be far stronger than any normal person, and with that comes greed, and power hunger and fantasies. But, looking past those selfish thoughts? To focus simply on using those powers to protect and defend the weak from evil? That's what a Jedi is all about, sacrifice. You aren't a person anymore. You're a symbol, a beacon of hope. You are Jedi."

"What it means to be a Jedi? That is an interesting question. When I was younger I would have told you that the Jedi were a bunch of goodie goodies that couldn't have sex and needed to get laid." He says with a chuckle. "Now that I am older and more inform.. I would say being a Jedi is fighting for Justice in the galaxy. To protect the weak and defensive from people would destroy their way of life."

To be a Jedi is to be a good guy. To be a symbol of hope and Justice. To put in term of a Superhero...the Jedi are Superman and Captain America combine.

What is a Jedi

It's just a name. George made it up and slapped it on the good guys. It was supposed to be for a monastic order of warriors who save the galaxy from evil by using their supernatural talents.

During the prequels, George fleshed them out a bit more. Giving them a culture, creedo, headquarters, and showing how their religion might extend outwards and affect all species, everywhere. He describes his creation Obi-won Kenobi as trying to write the ideal Jedi.

Mark Hamill described being a Jedi Knight as being the ultimate bad-ass. Able to use their abilities with the intent of stopping the bad guys. Mark describes the difference between a Jedi and Sith, was the single act of refusing to kill Vader in front of Palpatine. It wasn't about wearing black, using a gun, Force Choking the guards in Jabbas Palace, brainwashing others, or killing Jabbas guards indiscriminately. It was about Luke trying to be a good person in spite of all his power.

Now, despite this simple meaning? Any character on this board can call themselves a "Jedi". Dur hur hur. It's just a pretty little title with a grandiose ideal attached. Like spending your whole life trying to be Jesus Christ or Mohammad himself. Nobody ever seems to live up to the legend. But I think that is just part of the point. Being a Jedi is a journey. Not a destination.

What does that mean?

For you as a writer it means to do it anyway you want. Just be willing to live with the consequences. Not everybody liked Obi-won Kenobi. Not everybody appreciated Qui-gon Jinn. Luke Skywalker had a really messed up family and a very bumpy life. So, being a hero means getting beat up and being wrong a lot of times in life. It's called learning.

So if you get persecuted for your beliefs, be proud. If you get tarred and feathered for having new ideas, endure it with grace. If you get kicked out of the Order for being different, be strong enough to lead the next generation by example. And if you get crucified for helping others and being a generally nice guy, well bummer dude. Bad things happen to good people. Life is not fair. Welcome to being a Good Guy. We're not here to be 'understood', to win a medal, or to unload lots of cash. We're here to be the Good Guys and save the universe one day at a time. It's kind of awesome.

Character Bio
(So strange that my master burns and I save.)
As Jedi, I believe we are held to a higher standard from where we must do all we can to help those who are not of our order. The life of a jedi is a life of self sacrifice. The jedi order is the order of light, fighting against the darkness of the galaxy. Despite this, it is still our job to save the darkness and convert it to light. Although @[member="Daella Apparine"], my master is a burner of heretics, I have entered the stage as a savior, working to convince them that the light is stronger and better for the galaxy as a whole and as the galaxy grows in power, so will its inhabitants. As jedi it is our job to watch and help protect this growth.

What it means to be a Jedi
2

I think we need a theme song what do you think it should be?
2

What it means to be of the Black Rose.

What do you want to do?

What do you think of having a Social event?