Well we are home, it's been a while

Arthur was coming home. Back to Mandalore. It felt weird to do. The last time he had been here was back when he was a teen. But he wanted to see with his own eyes. He was let through. His Clan's ID was amazingly still active. Obviously who ever this new Mand'alor was wanted people home again. His wife petunia by his side as they landed on Mandalore.

They then stepped off the shuttle onto Mandalore. They took a quick look around and greeted the other person who had come with them on the shuttle [member="Eleanora Nolath"], they had asked her into the clan and she said yes. They were joyed at the idea of a new person. They also hoped to run into Mand'alor or at least [member="Kaine Australis"] even out of mandalorian space they had heard of him and his clan.

Character Bio
She hadn't planned on being a Mandalorian. She wasn't someone who seemed like such a person. Or really, she kind of did, actually? She knew how to fight - at least, close combat. She could whack someone good with an ax. But how would she ever wear Mandalorian armor? She didn't really have a normal body type, being half horse and all.

In either case, she stepped off onto Mandalore. The planet with a no Force law. It didn't really matter because she didn't have the Force, anyway. Something she had hoped to have when she was a child but quickly grew out of. It seemed to cause more trouble than it was worth. She nibbled her lip as her four hooves clicked on the ground outside, her hair up in one long braid and a shirt. She wore a long covering over the horse part of her.

"What a beautiful planet," she commented idly. 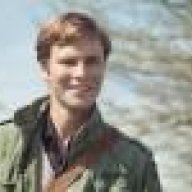 Character Bio
Mandalore had so many stations now. Just so many. Every since those people set off that bomb that devastated the planet the Mandalorian people had two choices on where they could go to escape. They either had to leave the planet, as the second Mandalorian Empire had, or they could move up onto stations in orbit. Those stations still existed and served as the first point of entry for the majority of those coming to Mandalore now. And it was here that Teagan found himself having to work since the whole Westralis debacle. Who declared war over a wedding?

Teagan was fixing up the latest station. Seems he had raked up some medical bills. Well it seem he had, he had raked up medical bills. They had to throw him into bacta tanks for a few days twice and this last go around involved tests to make sure he hadn't caused any severe or permanent damage when he got electrocuted. It was at times like these that he really wished he had some credits to his name and wasn't broke all the time. Why did things always end up like this for him? He just couldn't seem to catch a break.

The engineer team that Teagan was working with had sent him to the dock to pick up some equipment that had just arrived. So off he naturally went to handle his mission. The ship owner had him sign for the shipment and then he started to take the heavy cargo back with him on a hovercart. In his life's typical fashion, the hovercart broke down before he could leave the docking area. Even without his back problems, there was no way that Teagan could lift the supplies let alone carry them so he was forced to fix it. It was on the floor with parts scattered everywhere and different types of mechanical fluids all over his arms, chest, and helmet that @Arthur Raven and [member="Eleanora Nolath"] would find Teagan as they arrived.

Arthur would see someone trying to fix a hovercart [member="Teagan Stoirm"]. He would crouch down and quickly say "These things break all the time don't they, almost no one ever seems to want to keep them clean. Did you want a hand there, I myself am a decent engineer." His wife would look at him and see he was making friends and would attempt the same.

"So [member="Eleanora Nolath"] why did you decide to join us. You might have explained it to Arthur already but he gets into help someone or fixing something like he currently is and forgets to tell me these things. It is so interesting being back on mandalore to. It has been so long since we have been home. Shouldn't be long before our real home appears either. I am so excited." She was the kind of woman who given the time would go on forever.

Character Bio
Eleanora perked a brow as she saw a man trying to fix a hovercraft. Poor guy looked like he as having some serious issues, especially considering there was some equipment that was laying on the side as well. Probably was supposed to do something with it. [member="Arthur Raven"] was already going over and asking to help. He was a friendly kind of man.

Eleanora's hooves kicked on the floor some, her braided tale swatting every now and then nervously. She didn't like being in such a metal jungle. She preferred more green in her life, but couldn't complain too much. It was a beautiful sight, after all. Arthur's wife began to talk to her, so she fiddled with her hands as she listened.

"Well, I haven't really had a home in a long while. Figure I'd give this a shot." She gave the woman a smile, "Where did you guys initially live here? Nearby?"

[member="Teagan Stoirm"]
You must log in or register to reply here.

We Are Therefore We Are (Metal Lords)

Well it's not matter

Here we are now, entertain us (Westralis) [Clan Australis]

From ashes, we are reborn!