Character Bio
U N I O N​
OUT OF CHARACTER INFORMATION 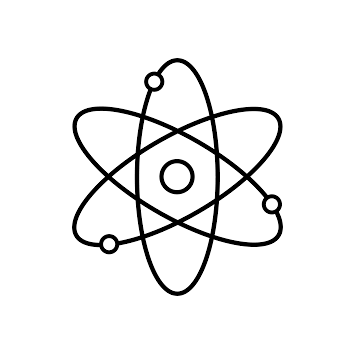 GENERAL INFORMATION
Organization Name:
Classification: Advanced Weapons Research Department
Affiliation:
Organization Symbol: Link
Description: The Union Military Department of Advanced Weapons Research (UDAWR) (DAWR) is a advanced weapons research department of the Zweihander Union's Intelligence and Security Bureau. The department's purpose is to research and create advanced technological weaponry to further the interests of the Zweihander Union. Overseen and managed directly by the Intelligence and Security committee DAWR is one of the most secretive divisions.

Membership: The Intelligence division of the ISB looks hard all over the galaxy for potential recruits for the Union military department of advanced weapons research. Recruits must pass a rigorous exam in which they are tested on values and skills required to work for the department of advanced weapons research (DAWR). Due to the sensitive nature of their work, recruits are scanned for previous criminal history

Climate: While everyone is different, technicians, engineers and researchers are generally nice and friendly. People in managerial positions such as the Director and other officers are known to be demanding and unfriendly.

Curios: Members of the department must wear uniforms designated by their duty and rank. Technicians and engineers wear grey jumpsuits with the department's logo patched on both shoulders of the jumpsuit. Researchers wear white jumpsuits, similar to technicians and engineers. Assistant Director and the Director wear a white uniform, similar in style to officers of the army and navy. However, in addition to the uniform being white, a white cape may be worn. Rank plaques are worn on the right breast of the uniform along with code cylinders. Like traditional officer uniforms, caps may be worn but are not required. When on an installation, uniforms must be worn. When they are not at a installation, uniforms are not required to be worn. Each and every personnel of the department represents the Zweihander Union as a whole, therefore there are several uniform inspections and guidelines to make sure the Union is unified and is one.

Rules: Similar to the other subdivisions of the Intelligence and Security Bureau (ISB), personnel of the department must follow stricter rules and guidelines than other branches of the ZU. Arguably the most secretive department due to their various confidential experiments and projects, all personnel are forbidden from discussing their duties to anyone, even to other personnel of their same branch. This is due to each member performing a different task, all tasks being coded with a designation as to how confidential it is. Members are not only taken based on their skills and education, but also on their social lives. Recruits with no families are prefered over recruits with a family.

Fati O’Pesega
HISTORICAL INFORMATION
Created within the Intelligence division of the ISB, the Military department of Advanced Weapons Research was formed to design weapons capable of making the enemy's weapons look weak. Overseen by the Intelligence and Security Committee and the Chancellors themselves, special funding is held on reserve for the many projects of the department.

Ready to be moved!

Sorry about the bad link xD
Click to expand...

Don't forget to include a list of changes and tag a member of Codex Staff when you're ready! Thanks.