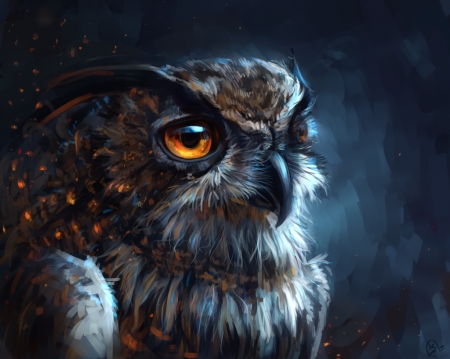 + Just your neighbourhood owl - Eri has learned to take advantage of her species close resemblance to the common space owl providing the species to known to exist on planet and environment suitable.

+ Seeker and Curator - Eri takes pleasure in exploring the Galaxy and environments she finds herself within, she takes a particular interest in the various artefacts and objects retrieved from alien worlds. This has caused her interest in cultural, historical, and force artefacts to flourish and she diligently catalogues all her findings in a personal journal.

+ Guided by the Slipstream - While lacking in offensive force capabilities she has developed potent defensive abilities enabling her to hold her own at least for a short while against other force users.

- Keeper of the Past - Eri values artefacts of any kind highly and can become easily upset and/or frustrated by the destruction of knowledge.

ROLE-PLAYS:
Post the links and the titles to all of your characters Role-Plays. To make things easier, post the link and name here as soon as you enter the Role-Play thread.
You must log in or register to reply here.
Menu
Log in
Register
Top