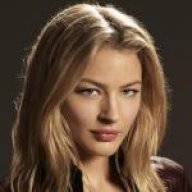 [*]Personality: As a young lizard Chaggan was as brash and eager as any to prove himself. What set him apart from spawnlings of his clutch though was that he had a will to succeed. This is something he retains but much magnified now.
The Imperator is a figure of calm, control, economy of word and deed. Unlike other Kraal who brag and posture, he watches and acts only when needed. Rivals have attempted to see this as weakness or lack of decision, and been fatally surprised by the explosive violence which the Imperator can unleash.
The Imperator is very open to new ideas, and was so even before the Netherworld. He is strongly committed to the old ways of Clan and Warrior, but is happy to use outsiders and their technology to further his goals. He also is not needlessly destructive, burning for the sheer joy of chaos; he does what is needed to fulfil his objectives. If that means the murder, enslaving or razing of civilians and their settlements, so be it. In this sense he is very much a Lawful Evil character who follows tradition, but is utterly ruthless to those who oppose him.
The Imperator of course has not only his personality, but the Whisper too. That spirit whispers secrets and empowers the Imperator, but also suggests, even demands courses of action be taken. In private the Imperator can be heard arguing with an invisible presence, or locked immobile in some inner discussion.
In battle, the Imperator is more than willing to sacrifice some pawns to achieve victory. He keeps a tight control over his forces, though he does still like to lead the decisive assaults himself. His tactics are very unusual for the Kraal, and some warriors grumble they are dishonourable…though not within his earshot! For example, the Imperator will make use of artillery, ambushes, feinted retreats and more, anything to obtain victory.
[SIZE=11pt]COMBAT INFORMATION[/SIZE]
Combat Function:
The Imperator is a skilled commander, and acts as general for his forces. He tends to operate from a large battle barge from where he can command his forces. However, he has no hesitation entering melee when required.
With the Whisper feeding his Force sensitivity, the Imperator is a very powerful opponent in battle. Along with powerful telekinetic skills he can also unleash powerful blasts of lightning or sow fear and terror in his opponents through the Dark Side.
All Kraal are strong and tough, and the Imperator is no different. Wielding a large Alchemised sword, he can deliver a devastating melee strike.
With his intelligence and cunning increased by the Whisper, the Imperator uses tactics and strategies against opponents in battle and in melee. One common tactic he uses is to use the Force to throw heavy objects at his opponents whilst he closes in to attack. Another is strike an enemy with mental abilities, and whilst distracted attack them.
The Whisper, and native Kraal resistance means the Imperator is nearly impossible to dominate mentally or impose another’s will onto him.
The Imperator’s armour is made of Beskar, making it good against most weapons. However, being of ancient and somewhat patched design it has notable gaps and joints which can be exploited.

The Imperator relies much on his abilities in the Force, and indeed it is uncertain what would happen if he was trapped in a Ysalamiri bubble or similar. Not only would he lose his strongest abilities in battle, he would also have his connection with the Whisper broken. The consequences in the short term of this would be confusion and mental disorientation. The long term effect might even lead to a full mental collapse.
The Imperator still leads Kraal, so there's a limit to which his innovative tactics will be effective. An enemy able to plan or use his strengths against him could well get the upper hand. Alternatively fighting a battle where modern weapons are integrated well such as artillery and heavy tanks might also push him back.
Much like other Kraal, the Imperator is not quick on his feet and uses a slow, heavy weapon. A faster opponent with a lightsabre or lighter weapon could use that to their advantage to avoid or outmanoeuvre him.
Kraal are vulnerable to lightning and electricity. If he cannot block the attack with the sword he is at a significant disadvantage.

[SIZE=11pt]HISTORICAL INFORMATION[/SIZE]
[SIZE=11pt]The Kraal clans are a savage and backward people, fuelled by war and conflict, yet also held by a strong code of honour and tradition. These two seemingly opposite traits were the conditions which Chaggan was born, in the time before the Kraal had left their world. His clan, Clan Yogir, was one of the larger groups. Though born of a high placed Oirat, all Kraal had to prove themselves capable of surviving and thriving on their own merits.[/SIZE]

[SIZE=11pt]Early on, Chaggan demonstrated an exceptional (for Kraal) cunning and skill by carefully preparing for battle and then not attacking at the first opportunity. As a young Unproven, Chaggan attacked a Clan Galbak hunting party, using traps and cover to pick the enemy off before engaging in combat directly and securing the submission of a rival Sagir. Though some muttered that his tactics went against the way of the ancestors he earned high praise and was made Proven.[/SIZE]

[SIZE=11pt]The Kraal at this time were dimly becoming aware of the galaxy around them, and so the various clans sought the stars to fight, but also to find the mythical Warriors of Mandos who featured so heavily in their myth and lore. Clan Yogir were some of the first to acquire starships and set off, but their first efforts were almost comical, and Chaggan was nearly killed when a primitive ship was damaged by an asteroid.[/SIZE]

[SIZE=11pt]The better move was to acquire jobs as mercenaries and use that money to buy better ships and weapons. The galaxy at this stage was in the throes of the collapsing Sith Empire and mercenaries had a lot of work, especially cheap ones who had few scruples. Chaggan observed the galaxy and its technology, but rather than be drawn to it he became disgusted with the (relative) opulence and plenty. However, he learned quickly, and soon amassed a strong following of warriors raiding the outer rim, extorting and enslaving any they came across. Within two years he was able to claim the title of a Warlord of Clan Yogir by defeating the incumbent in ritual combat. Such a rise was hardly unusual, and many suffered a sudden fall soon after.[/SIZE]

[SIZE=11pt]However, after a mission to raid an SSC fortress, Chaggan encountered a Jedi for the first time. He engaged the enemy in the usual manner, using distractions and then closing in, but this enemy was different than any he had encountered. This Jedi, a female Zabrak, was able to soon disarm the Warlord using the Force and her lightsabre. Unfortunately she made a critical error. She attempted to reach into Chaggan’s mind to make him understand the horrors he had unleashed and to compel him to order a retreat. On the contrary though, it made the Kraal emboldened by what they had achieved, and also flipped a metaphysical switch inside the lizard. Embracing his anger, he unleashed a bolt of lightning at the Jedi, which she blocked, surprised, but he was able to seize his weapon and attack, striking her down with a devastating slash.[/SIZE]

[SIZE=11pt]To the Kraal, the Force was a sign of favour as few of them received it, but there was no requirement for them to be trained. The powers of the Dark Side meshed well with the philosophy and approach of the Kraal. Chaggan rejected an offer to become a Shaman and used his new abilities to grow his clan’s power and prestige. Finally, he was able to challenge for the title of Clan Warlord. Some claimed he arranged the death of the former Warlord, but it seemed unlikely, as Chaggan was merely waiting for the old warrior to die. Defeating several challengers Chaggan was proclaimed leader of Clan Yogir.[/SIZE]

[SIZE=11pt]What plans Chaggan might have had were interrupted by the turmoils of the Netherworld. In an instant, all across the galaxy, creatures vanished as the galaxy shattered into fragments. The Imperator found himself on an endless [/SIZE][SIZE=11pt]Field of Blades[/SIZE][SIZE=11pt], where he found himself among others of the lost and the damned raptured into the Netherworld. The Field of Blades was never ending, it was eternal. Those slain would often arise to fight again, the pain of their former defeats driving them to madness and despair as shadows stalked and devoured them. For the Imperator, how long passed in that nightmarish realm? Time had no meaning, and in the end time was only measured in battles, in victories and defeats.[/SIZE]

[SIZE=11pt]After one such defeat the Kraal appealed for aid from the uncaring maelstrom above. His warrior spirit was broken, and fear consumed him. He begged for the release of death, the escape of life, or the mercy of loss of consciousness.[/SIZE]
[SIZE=11pt]He received an answer. Atop a mountain of bones was a sword. As he fought his way closer, dying for every step he took, he finally took up the blade. It whispered to him, promising to help him return to the galaxy, to rule his people, to gain great power. All it would take would be to pledge his spirit to the blade and to serve its ends.[/SIZE]
[SIZE=11pt]Chaggan agreed.[/SIZE]

[SIZE=11pt]Akala was slain on distant Corellia, and many who had been lost returned, some broken, some changed. None were more changed than Chaggan. Mere hours had passed when he appeared on Karakorum and strode down with the sword in hand to claim his destiny. He approached and challenged the Imperator for control of the Kraal, as any Clan Warlord could. The Imperator accepted the challenge, and they fought. To those who felt Chaggan would be easy pickings were soon disabused. The power in him now, channelled by his sword, allowed him to destroy the Imperator with shocking ease. He then demanded be anointed as Imperator, giving up his name and his clan, just as he had given up his soul to gain power with the sword.[/SIZE]

[SIZE=11pt]The Kraal respect power and honour, and the new Imperator still had both in great measure. The Whisper, as he called the sword’s contained spirit, gave him new knowledge. Within weeks the Kraal were building new, advanced starships and changing their weapons to more modern designs. Within a year the Kraal were becoming a serious menace to the outer rim. The Imperator demanded more however, leading raids to smash and destroy those left lost by the absence of a lawful force to protect them.[/SIZE]

[SIZE=11pt]What is the Imperator’s final goal? What does the Whisper want? Though united for now in the desire to gain more power and strength, one day the two wills might diverge. Who will prevail, the Whisper or the Imperator? Only time will tell.[/SIZE]

Lovely submission, nicely detailed sections. I do have a few things that need addressed however:

Whisper is a spirit inside a Sith-like Alchemised Sword. Essentially he draws power from its Force potential. The Sceptre of Ragnos in Jedi Academy is a decent comparison. He's possessed, but still has a fair amount of free will.