The Annexation of Chalacta [Republic]

A shuttle prepared to launch from RSS Kuat. Diplomat Bulc Turedvena, a male Corellian past mid age, lead the diplomatic party to meet with the Chalactan representative Apeda Aballib, a female just reaching mid age. Aballib was also an Adept of Chalacta, which made her extremely resistant to mental manipulation and torture. She also wore both the Greater and Lesser Marks of Illumination, thus symbolizing her supposed attainment of Chalactan Enlightenment.

Assigned to protect Turedvena, Daella also boarded the shuttle just before it took off. An assortment of Jedi, politicians, and guards would also journey with the diplomat. Once again with a training saber, Daella would have provided just support in the unfortunate event that Turedvena was attacked - which Republic officials assumed would have been likely to happen. The Empire had an interest to deny Chalacta to the Republic, and therefore it was assumed that Imperial agents would act against the Republic’s efforts to annex Chalacta.

Yet until the moment the Empire attacked, Turedvena and the rest of the Republic sought to finalize an agreement with Aballib that would annex Chalacta into the Republic. Most people would have assumed that the Chalactans were eager to join the Republic, yet paperwork and ceremonies needed to be fulfilled.

Remaining silent as usual, Daella rode in the shuttle toward the Temple of Illumination in Jordir - where the meeting would take place. Once the shuttle landed, Daella exited it with Turedvena.

“Remember, don’t brandish your weapons until there’s an actual threat,” warned Turedvena, hoping that his protection would not intimidate the peaceful Chalactans.

Then, Turedvena walked into the Temple - where the talks would begin.

Flint had a dim idea on what was happening. The basic idea, according to other Jedi, was that the Republic would get Chalacta to join the Galactic Repbulic. This would be done through politics, but some said that Imperial intervention was more than a possibility.

He gave a reassuring tap on his lightsaber hilt to remind himself that he had the weapon with him. Although there was the possibility that this annexation could go peacefully, there was an equal chance of there being a combat. The first combat that Flint would be in, on the side of the Republic. He too was onboard the shuttle, and followed the others out of the shuttle as they got off at Jordir.

Character Bio
Diplomacy was not exactly the jedi masters strong suit... No he could admit to being better at smashing things but it didn't matter. The time to help some people was now and so. So he boarded his shuttle and brought his padawan @[member="Iella E`ron"] with him. Taking a world through peaceful means would be very helpful in the end compared to just slashing everything and he might even get to practice his tact. "Iella are you ready? There shouldn't be any plans for fighting happening."

She boarded the shuttle behind Syn and took a seat and strapped in. "Ready as always", she said smiling. "Regardless, I shall prepare .. just in case". Peaceful negotiations? Something new for her to see. She had faith in her Master, after all he had once talked his way around her, not an easy nut to crack.

This time however, she was dressed for the occasion. Her new robes, dark brown and white, with knee high black boots. Form fitting and smart. Hiding it all .. her cream cloak.

Having only fledgling force abilities, Kei had been assigned to a security detail covering several of the diplomats. Vibrosword placed vertically on his back, blaster on his hip and carbine strapped against the sword. After seeing what the Jedi were up against in the archives, he'd felt a certain kinship and asked to help in some way, especially after all they had done to help his crew with their health problems. Giving @[member="Syn"] a respectful nod as he passed with a half dozen of the security force, you almost might think Kei was settling in here, but that was difficult for him, just because he was so used to moving around all his life.

Forest green Jacket on today, matching cargo pants and a black t-shirt, with his father's holotags around his neck. The Epicanthix looked a good fit for the guard detail, he looked the part. Some of the guys had even started calling him Sarge, just because of the tips he'd been sharing in the mess hall during the trip. He must admit a part of him liked it, they were a good group, in return they'd helped him with some basic sword fighting tips. Not that the sniper was comfortable with the sword weapon yet, but if push came to shove in the future he could at least use one without cutting off his own arm.

"Keep your weapons holstered, but charged. We are not expecting any problems, so don't make any, play nice." Kei stated over his comm unit to his team.

Armored in grey and black camo suits, the scattered security group numbered about thirty in total, with small teams dotted about the ship at key points, reinforcing the regular crew. Specialists, and alert, they were not sloppy new recruits, because this was an important mission.

"Ambassador," He nodded to both @[member="Daella Apparine"] and the others around her also, only having seen them in passing before.

With his Bow folded and strapped to his hip directly next to it's partnered quiver, clad in his Green Armorweave suit, and just the barest hint to the handle of his Dragons Talon axe above his shoulder, Hood was ready to defend the proceedings between the Republic and Chalactan individuals. Having no master, nor any real acknowledgement among the Jedi, Hood hoped to change that by proving himself during the Annexing. As such, he followed the only Master he knew and that was through reputation, @[member="Syn"].

"Jedi Master Syn, I have been told that following you may be my very best bet to becoming a Padawan. I am capable of holding my own, so worry not about my health if battle ensues." Hood said, not yet sitting as he had not been oked to be on the ship, "As well I am Robin Hood of Serrano." 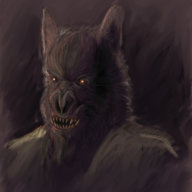 After doing the routine checks in engineering, the docking bays, weapon control and other sensitive areas on the ship, he headed toward the shuttle. Republic intelligence had placed him in the security detail recently called the Wildcards. Balance, the callsign taken from the sabacc card of the same name, a lieutenant now, was here to see to the security of the diplomats, guard republic internal interests and more importantly gather intelligence on this meeting from all concerned, reporting it back to central intelligence.

A Defel but you might not know it, because the armor was all you could see of him, without that armor, and without ultraviolent light, Kreegan might as well have been a ghost to the eyes. Strapped up with grenades, detonators, tracking equipment and a couple of blasters, for a short stocky species he was carrying quite a bit. The look was just part of the role he played.

Finally making his way on board the shuttle, a couple of the wildcard technical specialists were with him, sitting at the back of the craft in another compartment, out of the way of the rest. Kreegan was bantering with a Gand, just blending in casually, checking his weapons and loadouts. A few very discreet recording devices were concealed on the already hard to see Defel, but Kreegan had a strength of mind that would never wander to them, and besides it all looked like a jumble of tech meant for the mission. Intelligence wanted the meeting recorded, documented, opportunities and threats assessed, that is what he was here to do. A trained and natural intelligent agent, should be a cakewalk, as long as he didn't blow his cover.

Hearing the call to play it nice, he was quietly bantering to the gand about this being another easy babysitting run, just playing the role...
You must log in or register to reply here.
Share:
Share
Menu
Log in
Register
Install the app
Top