Character Bio
I just recently found this game but it seems like it's going to be a whole lot of fun. I've played TOR off and on for a couple months but SWG seems like it's on a whole different level. There are a bunch of projects that are working toward rebuilding the game for private servers (Before the Combat Upgrade patch ruined it), and there's a decent amount of people already playing. Was wondering if anyone has seen this or is already playing and how they view the game as a whole. I'm having a hard time grasping the huge size of the game's world's and the idea of player made towns and cities, but I have to admit it sounds pretty cool.

Character Bio
No, but by the sound of it, I would very much enjoy playing this. *goes to find it on ze interwebz.

Character Bio
I have heard of it. and thought about playing it, but with how my schedule is, I hardly get time to do anything else. however, it looks very interesting.

Character Bio
I'd definitely give it a try if you have the time. It has aged remarkably well for a game that's from 2003, and it has a great community. Though, it's not without it's flaws, It seems like a very well done star wars game.

Character Bio
can you give a link to join it? @[member="Tallia Farn"]

Character Bio
http://www.swgemu.com/forums/index.php Here's a link to the site. The only problem is you have to have an original copy of the game so that the people that make the emulator can keep everything legal. Copies can be bought on most sites such as Amazon and Ebay. Many people download the game files from torrent sites, but I wouldn't recommend that, even if it is a dead game. @[member="Vulpesen"]

Character Bio
Got it, thanks.

I think I remember hearing something like that with The Matrix Online. Fans were trying to bring the game back up on private servers but it was sorta messed up sadly and some stuff didn't work correctly from what I heard. That sure is interesting though for SWG, and I hope it works out.

@[member="Tallia Farn"] Been on it XD Waiting for the updates to be done before I am ready to join again =D I wanna become a jedi so yea..

You mean I can finally experience the awesomeness that is Star Wars Galaxies? 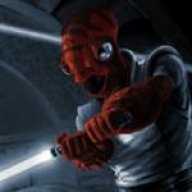 I did give it a go, and I love SWG its what cemented my love for Star Wars and role playing/writing. I however started in 2007, first character was a Jedi which I absolutely loved. I did try this resurrected version, but its entirely different then what I remember/was use to. Ironically I found myself lost in their huge worlds, because there is no direction, or quests at least none that I saw other than going to a terminal and playing a grind quest against wildlife.

Finding a role play guild or group on there was like playing Marco Polo. Because of my nostalgia for SWG I would give it another try @[member="Tallia Farn"] PM me if you would want to pursue playing it, if I had even one person to rp with I would get back into it.

Character Bio
Oh lord, someone's actually trying to resurrect this game? I loved playing SWG as a kid, I prefer it over TOR for sure.

If I had a computer I definitely would, still have the original disc/dlc.
You must log in or register to reply here.

Star Wars Galaxies MMO Is Back