Some Questions on Fission

Character Bio
Just a few questions on Fission because I couldn't really find anything on here about the subject.

1) What are the limits for Fission based technology? (existing treaties, faction limitations, board rules, etc.)
2) Are there any rules or restrictions on Fission based energy sources? (size, manufacturing, output, etc.)
3) What limits exist for Fission based weapons? (size, number, use, etc.)

Thanks for your time =p 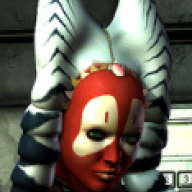 Fission tech is functionally obsolete and incredibly dated. There are far more efficient means of producing power and causing destruction that fission.

Character Bio
You are correct, but here's the thing, unit for unit Fission is less powerful, true. But Fusion requires a constant supply of fuel and anti-matter is VERY expensive to produce, especially when compared to other forms of energy. Crystal based power requires fresh crystals in constant supply and anything else is either too expensive or requires constant resupply.

Fission does require a fuel supply in the form of radioactive materials, namely uranium from what is currently popular IRL. That said, the fuel rods last for long periods of time, roughly two years IRL, though with Star Wars tech this could easily be doubled or even tripled. This means that fuel is cheaper to afford and replace which means that the power is cheaper and easier to manage. Also, nuclear reactors, when compared to sci-fi fusion or anti-matter, are far cheaper to maintain and build. On top of that, in the event of a catastrophic event, the reactors don't cause massive explosions. Yes, there is radiation and that can be devestating (Three Mile Island and Chernobyl for RL examples) but with Star Wars tech, such an event could easily be avoided or the aftermath easily dealt with.

With fission based engines, the principle is the same with fission based reactors. Fuel rods would last for years before requiring replacement rods. This means that so long as there are enough supplies on board the ship, or an easy supply line to access, the ship can effectively last two years in the field before requiring refueling. With Star Wars tech, that could easily double or triple allowing ships to operate for four to six years at a time, provided food and water isn't an issue. On top of that, damage to the reactor in combat or through accident wouldn't cause the reactor to arbitrarily explode and destroy the ship. Yes, it would cause radiation to flood the nearby compartments, but with proper damage control, system redundancy, and safety equipment that potential hazard can be minimized or removed outright.

The only problem with fission is that the power output is lower than competing systems. This can be rectified by larger reactors which would be unfeasible in real life. That said, this is Star Wars and the tech is far more advanced. This means that, theoretically, fission engines and reactors can be built much smaller and, in turn, a reactor big enough to match output with a Fusion or better reactor wouldn't be unrealistic.

As for weaponized fission, you're right. Other mediums are far more devastating. That said, fission devices are still much cheaper and easier to produce, even when scaled up to compete with fusion or anti-matter devices. This means that fission weapons maintain lethality and effectiveness. It also means that, weapon for weapon, more can be produced when compared to Fusion or Anti-matter devices. Now, again, there's still radiation after the explosion, but the weapons can be altered to minimize that radioactive fallout and, again, with Star Wars tech levels, that fallout would be fairly easy to clean up afterward.

So, in essence, you're both correct and incorrect. Fission in Star Wars is incredibly dated, but far from obsolete as it still maintains usefulness and a cheaper alternative to power when properly used.

Character Bio
You're applying too much real-world logic to Stat Wars, man. Remember that its not really sci-fi, its more of a Fantasy IN SPACE.

Star Destroyers run on generators that are noted as exceeding the total power output of stars in their whole lifetime. I'm pretty sure Fission is, in every way, outclassed and only useful on worlds that even Tatooine calls the Space Boonies. Unless you have a very specific idea for it, I'm pretty sure there's a battery that could do the job you're looking for.

Character Bio
So, if what I'm being told is that nuclear fission is essentially outdated and defunct, no one will mind if I use it or create a company around it simply because a star wars version of duracell can do a better job. Gotcha. I'll keep that in mind. Thanks, folks

Character Bio
I honestly couldn't see a fission/fusion reactor powering anything larger than a frigate. And even then, the frigate would have to be VERY analog. Mass Drivers and Concussion Missile Launchers and Flak Cannons instead of Turbolasers, Lasers, and Quad-Laser Turrets. Still though... I'd suggest finding a different material than Uranium. Isn't Uranium/Plutonium only used for fission/fusion reactors and bombs because it is heavy/dense?

*thinks for a moment*

What's that super-rare mineral that blocks scanners and is 'so dense and expensive' thats its almost useless to actually use? Why not use that material as the core/fuel behind the technology instead of 'real world' elements?

Character Bio
Arguably there's a market for just about everything.

Character Bio
A cautionary tale; while staff typically doesn't mind or interfere with whatever crazy plots people cook up, if trouble comes around from it and something is deemed to be abusing a rule or good faith, they might take it away. Thus, it's always better to ask permission than forgiveness. In the event you don't want to make your plan public knowledge, you can always ask a Roleplay Judge or applicable Factory Judge and see what they're opinion of it is. The goal of the factory is to provide the means for story-telling and good-natured conflict between characters. As long as it stays like that, you're pretty much free to do whatever (within the realm of Star Wars feasibility).

We have no "regulations" on it because we take it as an understanding that everyone who comes through here is simply trying to create a story aid and not take over the universe with all-powerful physics explosives. If you want to play with some new energy source, feel free to put it through the Factory. If we catch you trying to abuse it, we will come down on you like...well, angry staff.

The general consensus is that that rates about two points above "feathered wings and flaming sword from On High."

Character Bio
Arguably, the realm of feasibility for Star Wars is pretty... large. As for trying to take over the galaxy, not my cup of tea. I like making weapons and I like explosives, so the idea of fission is something I see as fun. Will I make big bombs? Yes. I like big explosions. Will I make a superweapon? I won't on my own as I have no reason to do so whether IC'ly or OOC'ly driven. If staff wants me to for a story arc, sure. Otherwise, I don't see a need for a million megaton bomb rolling around. The idea is to conquer planets, not try and plant a flag in the radioactive ash cloud where the planet used to be.

When I get around to making it (essentially once I get some free time to post IC'ly and work my post count up), no worries on me abusing anything. When it comes to weapons, I'll test them, but I'm not using them myself. Energy sources, I'll test, use, and sell but let's be honest, unless you're Greenpeace, it's hard to abuse nuclear power plants IC'ly.

Arrbi Betna said:
Will I make a superweapon?
Click to expand...

The answer to this question is "no." No you will not.

But considering we have things that are several fathoms more volatile than a fission bomb, there's not much risk there. Feel free to submit whatever you like to the Factory. We'll judge on our meta-based restrictions of what members can and can't have, and based on the spirit of the submission and how cooperative you are when we ask for edits. Really, as long as you don't try to pull crap on us, we're generally happy to work with you to give you what you want.

If you try to pull crap on us, see above, re: flaming sword.

Arrbi Betna said:
Will I make a superweapon? I won't on my own as I have no reason to do so whether IC'ly or OOC'ly driven.
Click to expand...

Already answered that for you, Fabula. Unless its something staff driven for a plot arc/story line they ask me to participate in solely for that purpose, I'm not making one. Put simply I'm NOT making a superweapon unless staff SPECIFICALLY ask me to, and even then I'll probably say no.

As for crap pulling, I will not and am not going to intentionally do anything to break the rules. I may unintentionally push the envelope, where how and when I don't know, and in that case, PMing me or just going "hey, that ain't right" to me is sufficient. I'm pretty amicable 99% of the time and will edit or clarify where needed.

And I remember you now, Fabula, from your comments on my intro thread and a quick look at your profile (and a bunch of others on here, too. Who knew I knew so many people here? ). I have no need to "pull crap" just to survive over here, from the looks of things. You'll get no ruckus from me. This isn't that forum, thankfully. Little more rules oriented here, it seems, which I like.

Sell to admins.
​
"The Technology You Need, The Quality You Trust."​

Character Bio
Imma be a buzzkill and close/archive this topic, as the question has been answered and I don't want OOC clutter in my Factory.

K
I have thought of some questions
2