So a while ago Diana was given command of a Unity Class Assault ship that she named Dawning Memory. I'm currently rather high on muse for Diana and I would like to do something with this ship, now I think the most entertaining thing would be...ghost ship. We have something randomly go wrong on The Dawning Memory while its transporting an important prisoner. The Ship gets shut down and becomes dead in the water, we can invite another faction to come board the ship and fight us in a skirmish(I would Suggest the Rebels or the Black Sun). The goal is simple, they want the Prisoner, and we don't want them to have him. 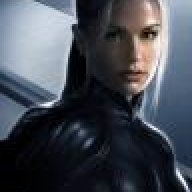 This definitely would be interesting.

Who is 'the Prisoner' though?
"Freedom from a world that was so quick to chain and so quick to punish".​

Character Bio
This sounds interesting and I am all for it. If you need some help let me know but I am for it. Could give the Suns some activity

A chance to rob or destroy another faction's starship from the inside. Good idea! I'm game.

Cool, i'll start setting it up

Well it seems in their eternal lameness neither the Black Sun nor the Rebels are up for it.

The Rebels would like to do the thread but after the current invasions die down though. So a week or two perhaps.

Unfortunate.
You must log in or register to reply here.