Character Bio
Well folks, they've taken the training wheels off, and it's time to go full send up in the Factory. We all know that only a handful of superweapons are actually going to get used, but since they're free game for the moment, I want to get in on this. And by get in on this, I mean I want an excuse to make the wildest, most absolutely batshit insane superweapon the site has ever seen, or ever will see.

If you want your faction to be the one that ends up with it, all you have to do is participate in the following auction.

Rules:
If you've participated in my auctions before, you know what's at stake. It costs you nothing to enter, but could earn you the sort of insanity that gives anyone in a position of authority nightmares.

Character Bio
Hi, I'm with the Darkwire creative team, and-

Jerec Asyr Off to a good start. Acidic white noise and subatomic eraser in particular are just barely on this side of doable. I like it.

Here are my idea submissions:
More to come, let me know of you need some elaboration on any of those lol

But seriously, that's good stuff. The scary part is, I can work with all of them.

Very much part of our working environment. #AllCorposAreBucketheads 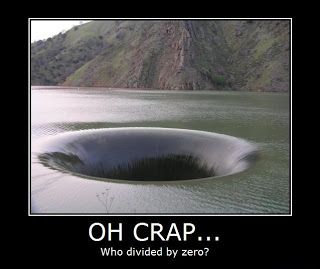 Valiens Nantaris What's funny is, this is one of the ideas I had in mind. If you've a faction to attach it to (sorry, I barely manage to keep track of my own), it's in the running.

Character Bio
I'm not part of any factions, but anyone who wants the (silly) idea can have it, lol.

Valiens Nantaris said:
I'm not part of any factions, but anyone who wants the (silly) idea can have it, lol.
Click to expand...

Gib all the ideas to Darkwire >.>

(Mostly joking, we can share, just don't look in your pockets till after we're out of sight ) Character Bio
I'm not in the leadership of Darkwire, but my idea for a shadowrunner-style superweapon would be like a planetary trojan horse that affects every computer on the planet and anything connected to a computer network or satellite. It's an intelligent program, so it would come up with creative ways to kill and cause as much destruction as possible. Droids would become killing machines. Auto-turreted weapons would target friendlies. Computer controlled safteys on critical infrastructure would fail. Traffic controls would cause collisions of all manner of transit craft. Life support systems would actively seek to suffocate people. You get the picture.

edit: I guess I missed the part where it said you were making batshit insane weapons.
Last edited: Feb 23, 2021