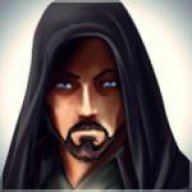 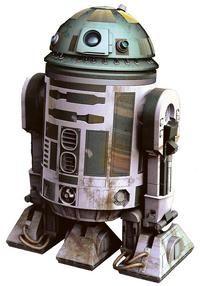 [*]Personality: R9-V3 is a standard droid, though it is three years old and has yet to have any memory wipe, the droid as such has started showing some personality traits that normally don't appear in other members of its line. He tends to think that he knows better than his Master, tending to bring his Lightsaber in its hidden compartment even if told not to do so for varying reasons.
[*]Combat Function:

HISTORICAL INFORMATION
R9-V3 is Jedi Master Avoim Oeymo's personal Astromech, he is usually found near the Jedi Master or performing day to day maintenance on Avoim's StealthX. V3, or VeeThree, was built by the Jedi Master before he left his mother and former Padawan to replace the droid brain that was in charge of the hyperspace calculations of the StealthX. V3 has been with Avoim for most of his time with the Rebellion, and as such has a tendency to disobey.

The image is not properly credited. Check this topic so you can do it the right way.

Provide a link to the respective Wookieepedia article.

Name: [Also worth including: aliases, ranks, titles and so forth.]
Click to expand...

You forgot to fill this in.

Provide a link to your character sheet, not your user account.

Character Bio
[member="Arekk"] I think that should more or less fix it?