Character Bio
Ever heard of Obredaan? Don't feel bad if you haven't. The last time it appeared in Star Wars canon was in the 2001 video game Star Wars: Obi Wan. I was literally just looking around on the SWRP galaxy map trying to find a planet that was close to Republic boarders, and wasn't controlled by any other factions. I randomly found this one and realized it was an absolute perfect setting (what luck!). Here's a link to the planet's wiki page.


If this thread actually pans out the way I hope, (it rarely does) then it will be a competition with teams of two working against each other to collect a Jedi Holocron hidden on the planets surface. Traps and tribulations will await any who dare step foot in Obredaans marshy wastelands or enter its eerily abandoned Cortosis mines. There aren't going to be any formal rules or specifics as to where the Holocrons are though, thats up to you and your partner. The only reason I will intervene is if you are trying to collect your Holocron too quickly/easily. Below, I will provide several detailed descriptions of areas padawans may encounter as they explore the planet.

Covering over 60% of Obredaan's landmass, the marshes ,and the creatures that inhabit them, are considered extremely hostile to outsiders. Hard, dry ground can be hard to come by, and entering the marsh waters can be hazardous. Beings have been known to be dragged under the water and never surface. What manner of creature may be causing this is unknown, but is labeled as highly dangerous.

On the more solid areas of land, it is common for great, vine covered trees to grow. Much of the planet that isn't a marsh is heavily forested, and while these regions allow protection from Obredaan's aquatic creatures, they have problems of their own. The trees emit a sleep toxin that is used to keep away insects. It's strong poison affects humans and any aliens with a similar respiration system. Victims will experience a long period of sleep followed by vivid hallucinations upon awakening. Rebreathers can filter through the gas produced by the tree, and the tree will not release the toxins unless someone were to come within close distance.

Temples and evidence of a once great civilization dot the planets surface. Centuries of neglect, however, have left only ruins behind. Large underground passageways lie underneath them, and present themselves as a breeding ground for disease and pestilence. Who knows what could be creeping in the darkness of these dank halls?

Hundreds of years ago, Obredaan was harvested for its natural resources, most importantly, its rich supply of Cortosis ore. At one time miners dug deep underground in search of the precious metal, but the planets resources have long been spent. Giant factories and lengthy caverns now cover Obredaan, all empty.

Okay, now that you have some background on the planet, sign up below, and if you have anyone you want your character to be partnered with, please make sure to tell me.

And Knights and Masters, if your wondering how you will be involved, its a secret. . Join in below and I will send you a PM detailing on your part to play. 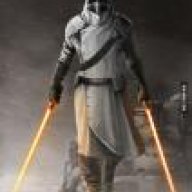 I would like to be partnered with @[member="Akodya Mune"] if she's up for it. As sort of a bonding experience

Character Bio
This looks very good and I applaud you. Good work.

I might have a padawan or knight who will join.

Character Bio
Right here! I am in where needed.

And I hope my padawans come to this party .. 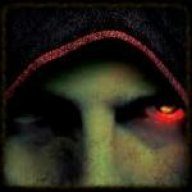 Character Bio
I'm always up for collecting a holocron.

Character Bio
Excellent! It's good to have you all on board! Right now we have:

There's still plenty more slots open for anyone that's interested. Hoping to kick it off tomorrow night, so be prepared 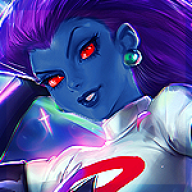 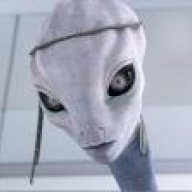 I am also wanting to partake

Perfect. We can group together now

@[member="Valx Raizod"] Not really. I know Akodya said she was going to be gone for a bit so I assume she'd let people know when she was back. Nothing from Olaf.

Character Bio
You might want to put me in as a knight. I should have finished the knighting ceremony by the time you do this, if not I'd like to put it after that particular time frame. @[member="Tallia Farn"] 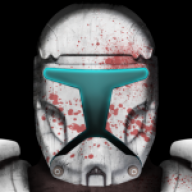 Character Bio
Here, I am, @[member="Valx Raizod"], but participating, I will not be.