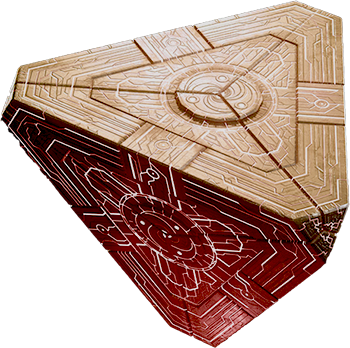 
"Do not disrespect me with your futile attempts and misspent energies. No one can hide from my shadows."
- Master Meir Greim
​ 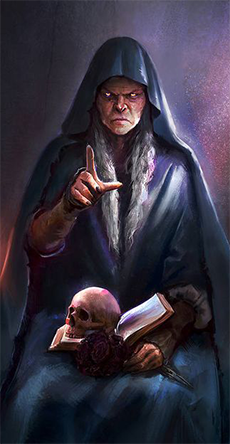 Meir Greim was born on Myrkr, around the year 522ABY. A force sensitive child, she was found by a Jedi Knight visiting the planet and taken to the Jedi Order; where she would grow up following the teachings and tenets of the Jedi Code. Resolute and tenacious, Greim advanced through the ranks of the Order; a true testament to the Jedi's strength and valor. Yet there she had always been more vulnerable to the callings of the Darkside than her fellow Jedi were. Passionate even in her coldness, and prone to holding a grudge. Despite this, her resolve was unwavering and her actions within the Order admirable and unquestionable, so much so that one day she became a Jedi Master.

And just like all dark stories, her downfall began with love.

Jedi Master Greim had been known for her gift for teaching, younglings gathering around her like moths drawn to a flame. Each mind she touched she cultivated with care and gentleness, unchaining potentials in a way no one else could. However, she had always refused to take on a proper Padawan; limiting herself to tending to the initial stages of a youngling's preparation before allowing them to go on into the hands of another mentor. Until one day the Force called to her, and lead her far into the southern end of the galaxy, to a lost moon wherein she found a child.

Barely more than a babe, but the Force flowed from its diminutive form in waves. Touched by the infant's vulnerability and loneliness, young Master Greim took it with her back to the Order; so that they may follow in the same footsteps she had walked. She named the child Moyric, and watched over Moyric's growth with the same care and dedication she granted every youngling. Yet the bond between the child and the Master was strong, and so when Moyric's training as a youngling had concluded, he became her padawan. Meir grew to love the boy as her own son, bringing the eye of the Council upon her for the feelings that she harbored.

As Moyric grew, Master Greim began to be plagued by visions and whispers of an untimely death. Her affinity to the force and her peculiar ability to interpret its messages and warning had never failed her, yet for the first time denial blinded her. The Jedi Master became frantic and paranoid, and the darkness began its advance over her heart and soul as she tried to shake away the terrifying signs of an unavoidable danger and protect the one she saw as her own child. She failed.

Moyric, soon to become a Jedi Knight, was killed by a rogue Sith during a failed mission. Meir could feel his life snuffed out through the Force, and her grief and her ire consumed her from the deepest corners of her core. Lost to anguish, the Jedi Master fell from the Light to be dominated by the Darkness, trying to find comfort in the death of those who had killed her son and those who had failed to protect him, her own fellow Jedi. Hatred for the Order that had distanced her from her adoptive son and apprentice and blaming them for his death, Meir turned willingly to the Darkness and began studying the ways of the Sith in addition to her own, renewed views on the weaknesses and lies of the Light.

Her power grew beneath the unbridled energies of the Darkside, and Greim returned to her home planet Myrkyr where she established her home and her school hidden deep within the deepest and most inhospitable terrains of the jungle. Obsessed with finding one who could replace Moyric, the corrupted woman would seek apprentices and subject them to her teachings, a tasked made easy by her Force sensing skills. But the patient and gentle mentor was no more. Many an apprentice perished beneath her tutelage, those who tried to escape her suffered terrible faiths, and only a select and almost mythical few survived her...yet they were never taught her darkest secrets, for they were undeserving.

Once in her elder years and knowing that her end neared her, Meir refused to part from this realm without finding someone worthy of her legacy and the many secrets she had kept. So she set herself to the task of producing an artifact that would ensure her teachings lived on, and poured her wisdom and knowledge into it while making sure no rotten, worthless individual could access the secrets that had been meant for her chosen apprentice, the one she had lost and could never find again. It was halfway through her work that she felt a the presence of a wretched Jedi in her midst. One Master Gro Slubb.

The dark woman sent her pack of bonded Vornskr after the Jedi Master, following soon after with every intention of destroying the vile light-sider. But the man, a coward, had resorted to the ysalamiri that plagued the jungles of her home-world to escape. Seething in her fury, she found out that the Jedi had made his own holocron praising the skills of the forsaken lizards that dare restrain the flow of the Force. It was then that she decided to further deepen the subject of force sensing in her own holocron, ridiculing the Jedi Master's delusion that someone could fully hide from the one entity that connected all. The purifying corruption of the Dark would find them all, none could hide from it.

Upon her deathbed, Meir Greim entrusted her holocron to a loyal servant and made the ultimate sacrifice to ensure her own consciousness would be preserved in the holocron. Completely and truly, and not just as a mere copy of her mind. The instructions had been clear, for the servant to take the artifact to the same ruins wherein laid the holocron of Master Slubb, so that the deluded who sought to learn the Jedi teachings instead found her own and were corrupted by her. And if they were strong enough to open it, either learn her ways or perish for failing.

Meir Greim is believed to have died sometime around 663ABY, having lived a long life fueled by the life force of those she drained.

Hi! My name is Judah Lesan and I am here to review your submission.

I am training so this will need an additional review!

This is a fantastically written submission. I love the lore, the attention to detail, and the history.

Your links check out as does the use of the template. I’m not seeing anything here that needs some tweaking, so I’ll pass this up!

This is a wonderfully detailed submission and I loved reading it. I just have one question that I'd like some clarification on please.

When talking about the submission you state that:

The gatekeeper will judge those who open the holocron and wish to access its teachings. Should they not meet its standards, the holocron will discharge
force lightning against them in an attempt to kill them.
Click to expand...

It can do this either by torturing them with force lightning or through Force Diminish, depleting them of their energy and vitality almost to the point of death.
Click to expand...

This is a very cool mechanic, however, as far as I was aware a holocron is a data retrieval device only. Do you have any canon examples which show them being able to manipulate the force in this way?

Character Bio
I do not nor could I find a suitable source to back that up. The ideas I've come up with to justify the mechanic would be either having the holocron be force-imbued to possess those abilities or making Master Greim's force ghost be bound to the holocron and attributing them to her. If you think either of these could work, I'll add and explain them in the sub but if not then I can remove the force powers from the security measures.

The wookieepedia article on Gatekeepers actually does state the following:

The gatekeepers of Sith holocrons were sometimes the consciousnesses of the certain Sith who actually created them.
Click to expand...

So I think having the spirits of Master Greim bound to the holocron should work since we've seen Force Ghosts are capable of using the force, for example Yoda and Exar Kun.

If you adjust the submission to include this I think we're good to go.

Character Bio
I added the wookieepedia article on gatekeepers to the Links field and made the following changes in the Security section (highlighted):

Upon her death, Meir Greim's spirit was bound to the holocron, her consciousness and soul becoming its gatekeeper. Still being able to use the Force as some force spirits have been known to do, she will judge those who open the holocron and wish to access its teachings.
Click to expand...

Thank you for adding that.