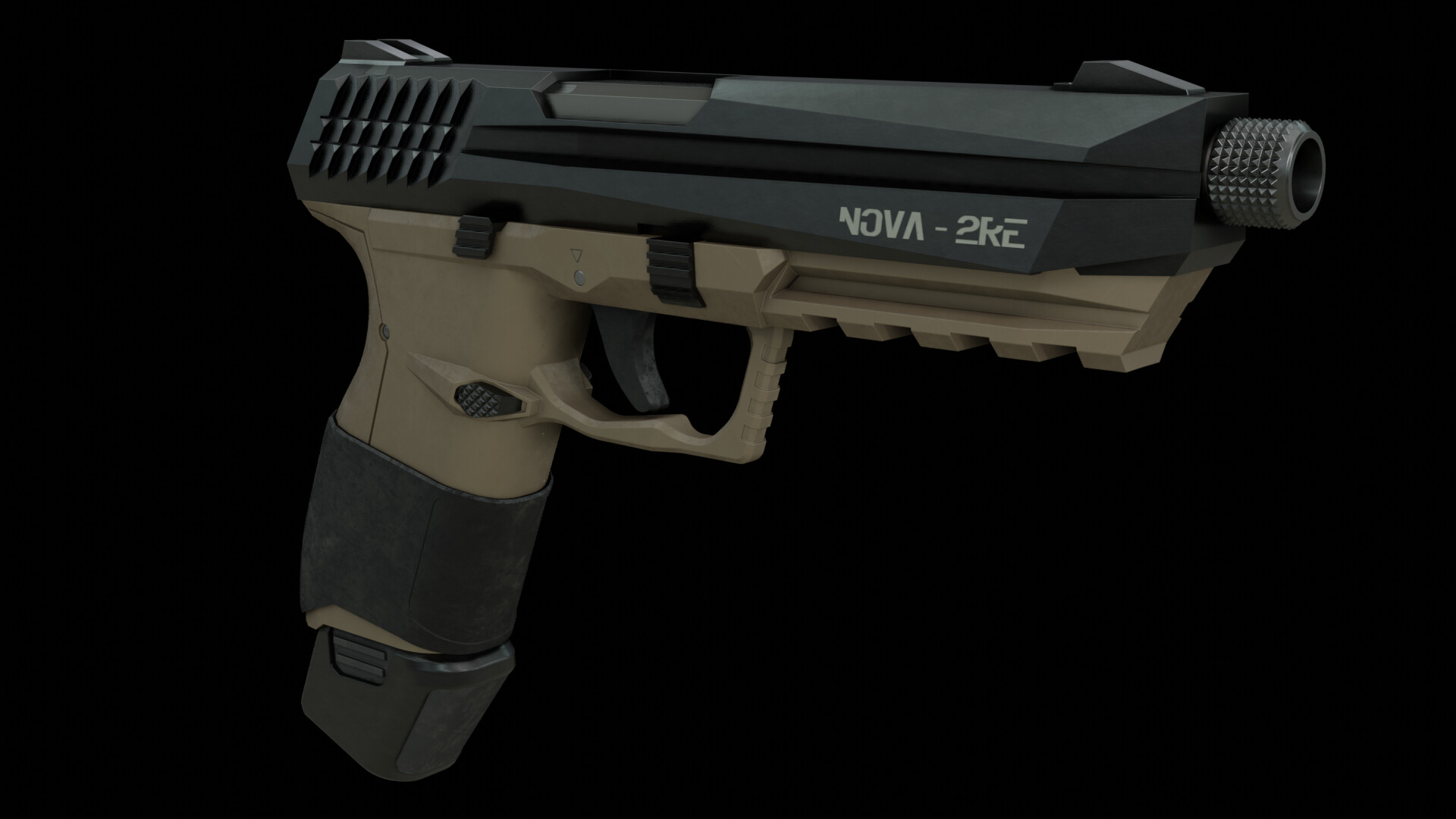 SPECIAL FEATURES
STRENGTHS
WEAKNESSES
DESCRIPTION
The service pistol developed by Freebirds Industries is unique because it takes two things that normally would take significant modifications and/or work to make into a single weapon system, and brings them together. Are you on a planet where blasters typically are ineffective, malfunction, or otherwise just don't work? Swap the slide of this weapon out for a slug thrower slide, and start firing away. On a ship where punching holes in things is kinda detrimental to your mission or need a larger ammo capacity? Swap it out to blaster configuration. This weapon allows for shooters to take advantage of both style of weapons, allowing for a versatile platform that gives good punching power in a easy to control pistol that even a new shooter could use effectively. This makes for a great entry level pistol for any and every shooter, or just a reliable backup when those particular yahoos get a little too close.
Last edited: Jun 25, 2020

John Locke I do believe this sub is ready for review! Thank you much!