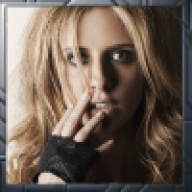 Strengths:
Language: She speaks Basic and Old Corellian. Leori understands nearly all languages that she encounters through social contact, with help of the Force of course.

Healing: She is a registered nurse on her home planet of Ossus and she has studied Force healing extensively.

Vulnerability: Leori is vulnerable, having disconnected herself from intimacy and personal relationships. She is a very compassionate and caring woman, but has not allowed herself to explore the benefits of friendship and relationships.

Unquenchable Thirst for Knowledge: The need to know has gotten her into trouble in the past, and will do so as long as she continues to breathe.

Her long brown hair is worn down, except when she trains, or for formal occasions. For the most part, she dresses as a middle class woman would. At times this can be somewhat revealing, but tasteful. (Her avatar is Anne Hathaway)

BIOGRAPHY:
Leori was born on Ossus to two Jedi. Her father, a long standing member of the Council, and her mother, a Corellian Jedi knight who later was killed in action. Like every Jedi, she received a well rounded education in the Force, learning of the dark side as well as the light side, but her interest was in healing. Leori apprenticed with Han Skywalker from her tween years onward. Her thirst for knowledge was unquenchable.

In her teenage years, she tried quenching that thirst through substitution. She tried substituting companionship, but that ultimately ended badly for her. A young Jedi about her age had a similar thirst to hers for knowledge, or so she believed. They grew close, and eventually intimate. It seemed as though she'd found the other half of her soul, to her anyway. It however was not the case, as the young Jedi believed that the dark side held the fountain of knowledge that he desired. He disappeared one day, abandoning her and leaving her shaken inside. On the outside, she was calm and collected as always. Submerging herself into her training completely, she swore not to be intimate with another man, no matter what she desired. She also showed an interest in her mother's Corellian heritage and learned of their ways and even the old language.

At the young age of twenty, she found herself straying from the Temple and heading out into the world on her own. Leori chose to study on her own, outside of the influence of the Jedi. She worked hard and became a nurse. Her father, who even then was serving on the council, did not approve of her desire to venture out into the galaxy in pursuit of further knowledge outside of the Force. And so their relationship was strained and they spoke rarely over the years she spent studying and practicing.

Eventually she returned to the Temple, and learned that her father had become one with the Force not long before. Leori was devastated. Her father had always been a pillar of strength, and she felt guilty that she'd not felt the loss through the Force. In fact she had, but she hadn't recognized it for what it was. It had been too long since she'd felt the loss of someone close to her...

Returning then to her Master, she sought comfort and guidance. What she found was the kindness and affection that she'd missed in her time away. Leori resumed her duties to the Jedi Order, and her Master to complete her training and now travels the galaxy trying to heal it, one person at a time.

YT-2400 in decent shape, upgraded to keep up with the times. Nothing fancy.
Crucible-Jedi training cruiser

http://starwarsrp.net/topic/18390-comfort-tea-and-friends-open/
Leori goes for tea with Rianna, Hawk and Marcello.

http://starwarsrp.net/topic/19574-digging-up-the-past/
Leori and Marcello have a personal chat.

http://starwarsrp.net/topic/21062-surprise/
Leori goes dancing with Hawk, only to be interrupted by bounty hunters. They travel to Ord Mantell to confront the boss who hired them.

http://starwarsrp.net/topic/21545-float-like-a-butterfly-part-one/
Hand to Hand Combat training thread with members of the Republic.

http://starwarsrp.net/topic/20881-a-boo-boo-healers-circle/
Leori goes to the Temple to visit Rianna, and ends up helping to cure Kiskla Grayson of Vong Poison.

Character Bio
Welcome to the Republic though I would recommend you make a sub account for the profile.
Senator​ 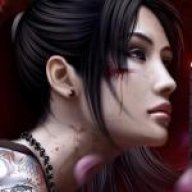 Character Bio
I know her and as an Admin of Circle of healers I can confirm her rank from Circle of Healers.
Garith's Armor[SIZE=9pt] Garith's Sword Twilight Lightsaber [/SIZE]

As owner of Circle of Healers, I too can confirm her rank.

Character Bio
Er, I wasn't staff in any of those, but I was at Descension and Millennium and can confirm the ranks there if anyone asks.

Really I just popped here to go "Hey, I know that person! Yay! More people I know!". So... yeah lol

Welcome and enjoy it, hopefully we can lure you back to helping in the order. 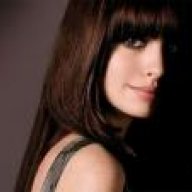 Character Bio
I'll be around. 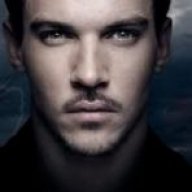 Character Bio
Hello Miss Sheltrak, it is very pleasant to see you again.

Character Bio
I wish I could say I’ve been well but it is hard to see ghost from your past and find out they’re still living. ~waves his hand dismissively at himself~ I’m sorry of being slightly gloomy. I’m doing well today. How are you Miss Sheltrak?

Character Bio
I'm well.
You must log in or register to reply here.