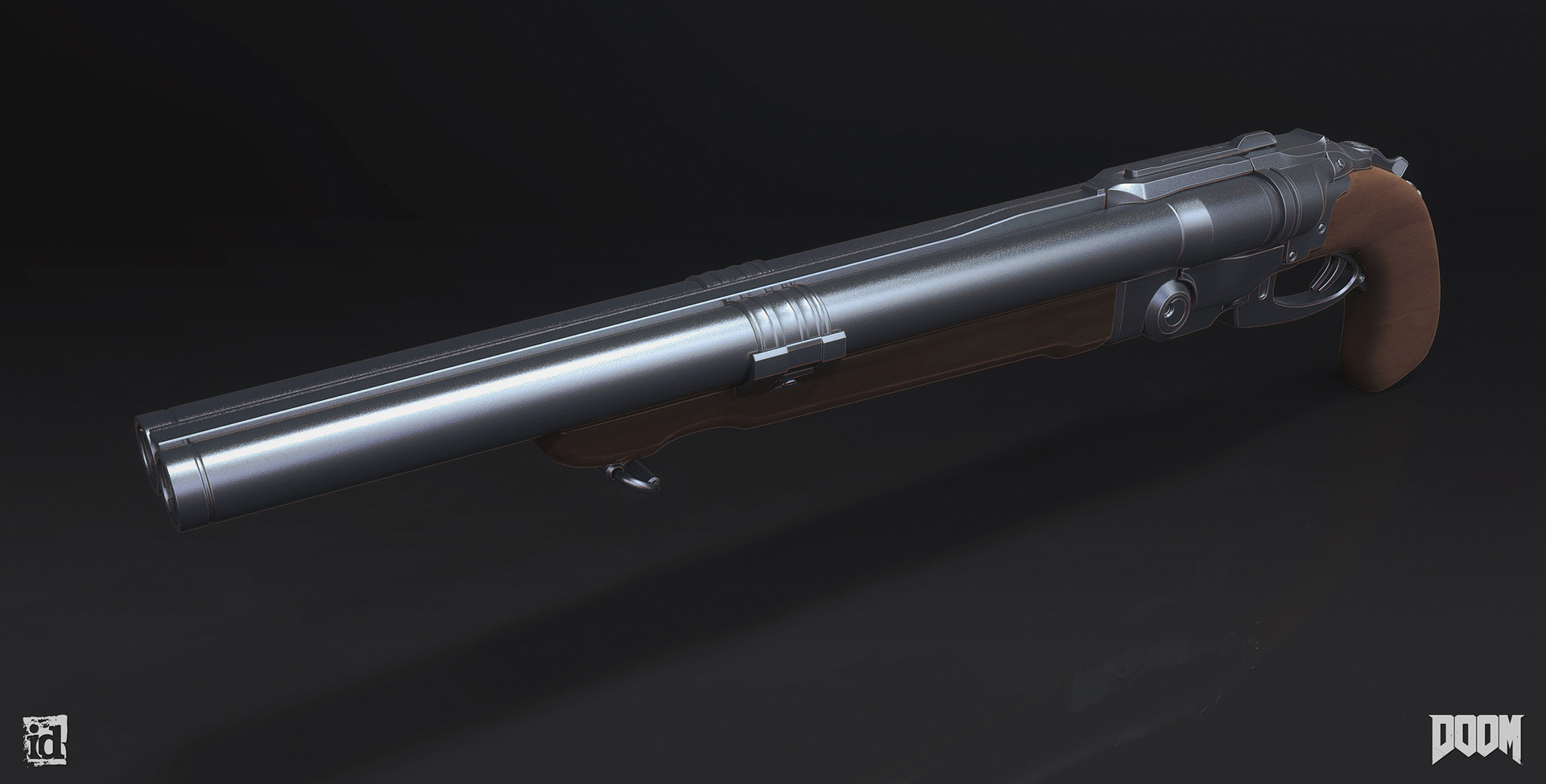 
Just as its companion armor, Wraith, Kyr'am was built with the heart and soul of the Mandalorian within it. Literally, more than a dozen dead super commandos were used to invigorate the spells cut deep into the beskar of the double barrel. From its genesis, it was designed to assault the Force Users of the galaxy; but most notably, against the Dark Side - those who focus on the strength of the sensitivity. Blessed by the Mandalorian Gods of War; it serves as a weapon built for crusades, and the cure for those who seek to destroy Mandalor.​
​
In some reality, Maliphant built it using his own anger in mind. Against the Sith, for their transgressions on his freedom, he helped build a shotgun that could decimate force users in spite of themselves, and their armor. With a terrifying power, Maliphant helped ensure its strength through imbuement - carefully intricate sith runes intertwined with Mandalorian sigils all along its barrel and wooden frame. These offer a variety of strengths - but chief among them is the ability to meld through regular armor. ​
​
While the regular rounds are launched with an immense shot of 'Force Push' that gives it exceptional kick back to the average user - the true danger comes in the round itself. Heavy and laden with alchemy and sith magic, the shots pierce through armor with ease and bury themselves deep in the body. Once there, they release a specalized poison that can turn the midichlorians against its own body - effectively creating a 'Force Cancer' that spreads so long as the poison is within the person; made that much harder to get rid of through force related means by its internal dark side presence. Leave alone its great strength in its shot. ​
​
Despite this, the Kyr'am does suffer in a variety of ways - most notably against shields. While it can avoid armor, it fails to hold up against the shields one can carry; bouncing off them in a poor display of piercing power. In a sense, they are like the opposite of a 'solar ionization' cannon - where the shields can be bypassed, but they do less damage to the armor underneath. For these, it can bypass armor, but it fails when met with most type of shields. Add on its inability to bypass Vong formed armors, or anyone with a ysalamiri field, or that it only carries two rounds at a time makes it terrible ineffective against all but the most specialized of units.​
​
Overall, the weapon is a dangerous thing - but it suffers in a variety of ways. Despite that, it is an exceptional side arm for use against Force Users; and the more powerful the Forcer, the better. This is where Kyr'am's strength comes in - and why it is the most exceptional example of an alchemized shotgun to date. Built for Mandalorians, used by Mandalorians - and killer of the Sith that subjugate Mandalor now. ​
Last edited: Mar 24, 2020

This is ready for review. This is a very impressive stuff just not fully understanding how it combines or blends it's way through inorganic materials. Could you perhaps explain it more how it is able to do that?

Character Bio
Essentially, each of the bullets are heavily alchemized and imbued with the power of 'Force Phase' - just to allow it to get through inorganic matierals, but not shields or organic matierals. Just a creative way to give it an extra bit of oomf, while still having drawbacks.

Sweet I am happy to approve this then