Character Bio
(Thanks to Ruu for the altered picture!) ​ 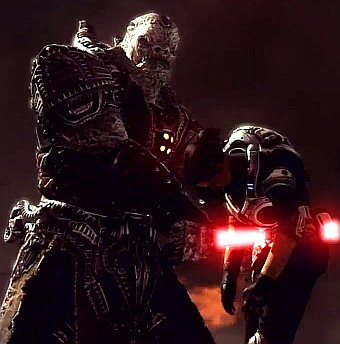 Krag was a beast of murder, rage and utter hate. A day without blood is truly like a day without sunshine to this monstrosity of nature and he does not try to hide it. Being raised in Graug society and as a warlord from birth, Krag places war and killing in battle above most other things. He also wishes to see Graug integration with Sith culture so that he may create the perfect Sith and Graug society, which he will lead against the armies of the galaxy in order to create a galactic empire where undesirables are made into perfect servants through genetic modification and the strong rule over the weak.

Cruelty was Krag's passion and his brutality in battle can only be described as absolutely barbaric. Krag took great pleasure in dismembering his enemies and often decapitated them to keep their heads as trophies in the same manner that many Sith take lightsabers. Not only did this serve as a way for Krag to demonstrate his power but it was also an effective fear tactic on the battlefield, as very little frightened an opponent more than seeing their dead allies heads hanging from Krag's armor.

Krag was a fierce warrior and a descent ground tactician, but his bloodlust, arrogance and barbaric ways of warfare and life made him extremely prone to simple minded mistakes that endangered his life more than once. Krag was also known for his killing of subordinates for their failures and even for sport at times, a trait that was was only slightly less infamous than his tendency to not refer to superiors by their official titles. As an apprentice this landed him in ill favor with many of the Sith Empirer's leaders, but as Krag grew in strength and gained more respect those superiors began to hassle him less and less about his disrespect.

Romantically, Krag has yet to show any interest in a long going relationship and holds true to the Graug traditions of procreating with his own sisters. Relationships are non-existent in Krag's culture as sex was seen only for the purposes of procreation and love is a word that had little to no meaning for Krag and the Graug at large.

Krag was born the third in a long line of brothers and sisters who are all children to the Horde Mother of the Imperial Clan of the Graug. While a fetus in his mothers womb and series of genetic alterations were made to his DNA to make him stronger, smarter and genetically superior. However, something went wrong during the testing and lead to problems after birth including permanent blindness in his right eye and a very fragile sense of reality. Although these issues could be solvable by the modern medical science of the rest of the galaxy, Krag is forbidden to make any changes for his body is believed to be pure and perfect.

As he grew he began learning the ways of warfare from his older brother who had fought during the Cleansing War and by the time he was 15 was already in command of an entire Graug army. He led his troops on many genocides against the savage Forbidden Clan on the planet Torfen in the same system as the Graug homeworld. Years of fighting the primitives and listening to listens from his brother have made him a keen general and the constant source of dark energy around him has tainted his already dark soul. He has recently been given a new title by his mother "Stymphalian" a Gruag word meaning Dark Lord of the Stym (A carnivorous bird native to the Graug homeworld). This title was bestowed upon him because he is to be the first Graug to be formally trained as a Sith and it is believed that one he has honed his skills properly that he may command these beasts of darkness.​
Krag traveled to Sith capital in search for a "worthy opponent" and found such in Master Jacen Cavil at the main temple of the planet. It was here that Krag challenged Cavil to a duel and was promptly defeated by the far superior darksider, Cavil. However, Jacen had become impressed with the beast's brutality in battle and obvious darkside taint. Despite Krag not being able to speak basic at the time, Jacen accepted him as his apprentice. The two would rarely train with one another past the stages of basic force use as Krag's abilities in most fields were lacking and thus not worth Jacen's time.​
Even without the extensive assistance from his Sith Master, Krag continued his studies and worked for months to improve his skills in the basics. Unfortunately, Krag found himself with little to show for it besides minimal progress in all of the basic fields of the Sith arts. Still, with his rage and determination to become powerful being his only fuel, Krag worked on and on until he stumbled upon a unique and rare power that he possessed, Pyrokinesis. He would continue to practice his skills at Pyrokinesis while also venturing to learn the darker arts with Darth Hauntruss. He soon used this newly unlocked rage in his fight with Ember on Charros IV.​
He would continue to try and harness his basic skills and even traveled back to Gratos to try and control the deadly species hidden deep within the jungles, the Stym. While he was able to survive the encounter with the creatures, thanks to his darkside influence, he was not able to control them completely.​
​
​
​
​

​
The Dark Harvest saw Krag using the basic levels of pyromancy that he now displays with a deadly proficiency. The beast proved himself worthy of the title of Knight when he accompanied Sinju to a desolate ice world to recover the dark orchid. The mission saw the Sith fighting off the undead that had swarmed the planet but in the end was a complete success for the Empire. Following this mission, after Krag was knighted, the beast was called upon once more to serve with Shinju on the planet of Elrood. The newly knighted Sith sent his Graug forces to retrieve a group of scientists from a nearby research structure while he took it upon himself to try and capture the planets intersystem communications array. ​
​
Here, Krag came into his first real contact with a Jedi. With his primitive rage unrefined, he instantly took to rampaging through undead and Jedi alike. While he fought well, he was eventually overwhelmed by the much more powerful Jedi and forced to retreat with his Sith brethren. It was after this loss that Krag began to look more deeply into the powers he has but scratched on Elrood. His first task, he decided, was to craft a lightsaber that merged the powers of fire and saber into one weapon, he called it the flamesaber. In order to gain the necessary components to build the saber, Krag traveled to the temple of Dranok Lussk and crafted his blade alongside his fellow Sith Knight.​
​
After completing his saber, Krag once again traveled with Shinju to a frozen world to recover more Sith artifacts, proving his worth once again while growing his lust to fight and prove his power. After the mission, Krag traveled back to Sith space where he met Dranok Lussk in a duel that saw both of them exhausted with no real winner. Though the fight was a draw, Krag saw it as victory and evidence of his growing power. Still, his hunger grew and he decided to return to Gratos to speak with his mother.​
​
There had long been tales of ruins on Gratos that once belonged to the gods when they walked the planet in mortal form. Krag's mother told him to travel deep into the swamps and jungles of Gratos and find these ruins, where she was sure he would also find a new power beyond imagining. The warlord did as his mother suggested, traveling deep into the jungles for days without rest. As he got closer to the site of the ancient temples, he began to feel a darkside pulse that was much greater than any he had ever felt on the planet before. When he got within just a few dozen yards of the temple, he was attacked by a colossal spider that had been so heavily tainted with the Darkside that it could blast the Sith with lighting from its maw.​
​
Krag stood his ground, attempting to fight off the beast with what knowledge of the force he knew. He failed, however, and found himself hurled over a waterfall and down into a vast lake. Upon awaking, Krag found himself washed up on a small island in the middle of the lake and upon this island sat the ruins of a vast Sith temple. Upon inspection, Krag discovered the soul of an ancient Sith spirit that had been bound to a lightsaber and had rested in the ruins for hundreds of years. This Spirit told him he could teach Krag the ways of pyromancy, but only if he promised to bring the Graug to heel under him. Krag reluctantly agreed, falling under the ancient Darth's wing.​
​
The training lasted for months and to finally make Krag unleash the last burst of anger he would need to finally learn the technique, the spirit told him the truth of Graug history. The Graug were not a result of evolution or even natural occurrences of the force, the Graug were created by Sith survivors of the Darkness to serve as their new army when the darkness lifted. Unfortunately for the Sith, infighting tore them apart and the Graug were left without masters and thus began to evolve as if they were natural predators of the world.​
​
In a spout of anger, Krag used his new powers to grab and melt the saber that kept the Sith's spirit bound to the mortal world. The spirit, angered by the betrayal, used the last of his force energy to curse Krag with a rapidly decaying body and a growing thirst for corruption that would eventually consume him. With the spirit gone, Krag traveled back to the forest and hunted the tainted spider that had attacked him and killed it without mercy in a rage. Angered by his new predicament, Krag claimed the bone of one of the spider's fore legs as a trophy and returned to Sith space.​
​
​
​
​ 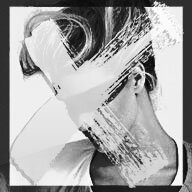 Character Bio
I keep forgetting how scary you actually are.

Character Bio
He's not that skurry. 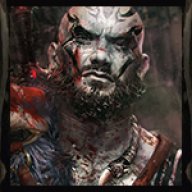 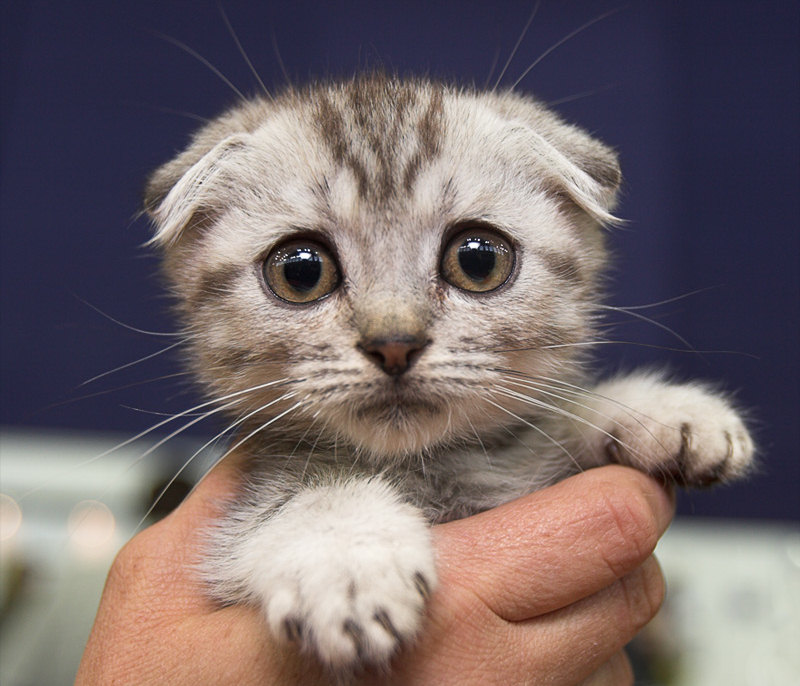 How you not scawed mista..? Can yous show me how not to be scawed of da monsta?

Character Bio
I mean, having a back bone is usually step one. 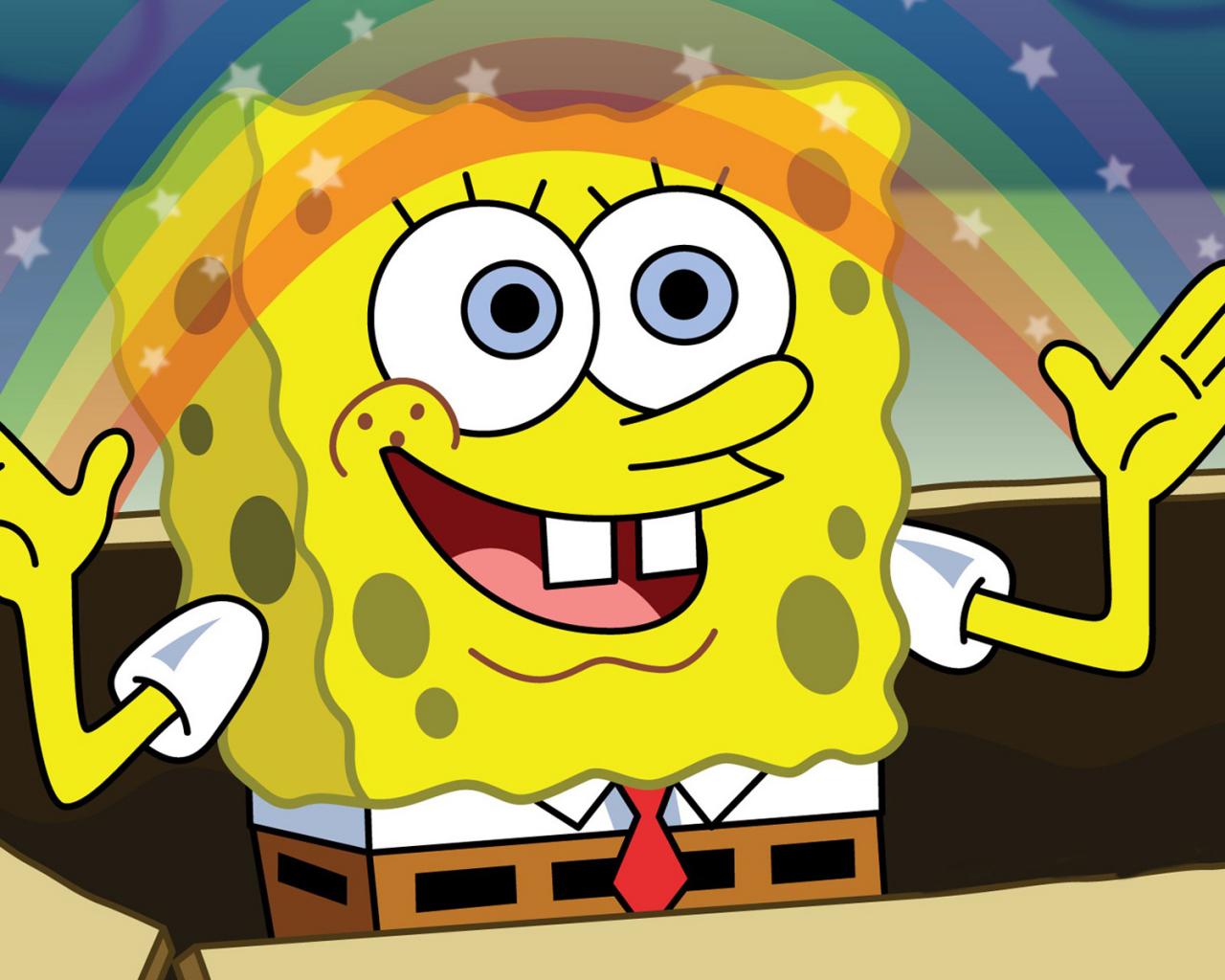 Whats a back bone? Or a bone?

Character Bio
updated...though its still very out of date lol

You need a longer bio, you smexy monster! <3

It will get longer, I just have to work up the motivation to finish it

This. This is pretty. I am excited to see you around now.

That guy trained me. I am amused.