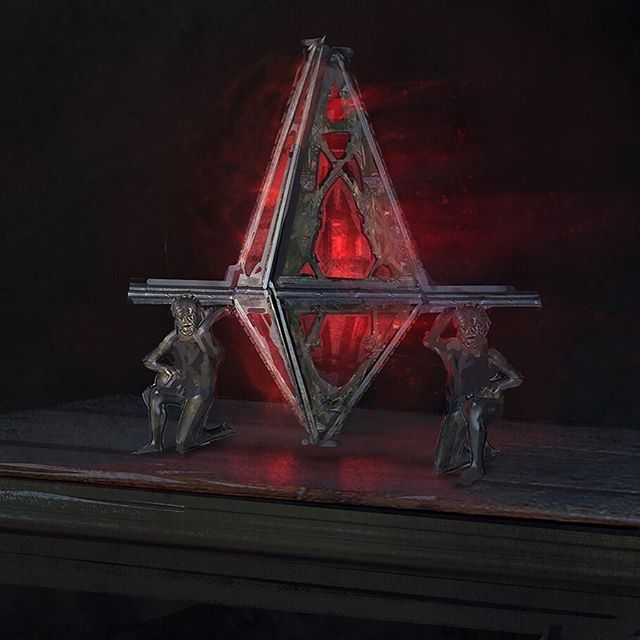 Philosophies and perspectives of the Force:

HISTORICAL INFORMATION
The Holocron of Ren was created in the years following the fall of the First Order. By the thought last master of the knights of Ren Kyrel Ren. Spending increased solitude within the obsidian halls of his home within Fortress Vader on the volcanic world of Mustafar. Studying through Vader's Sith Archives until he found an ancient tome on creating holocrons. Fearing the event of both the ideals and his vision for the Ren to die. Kyrel spent weeks if not months through trial and error perfecting the process. Until the fruits of his labor were met with success. Creating a uniquely shaped Holocron resembling a diamond cut, or what people would describe as two sith Holocrons joined together with the top one forming a long spire shape compared to the classic pyramid shape on the bottom. "Holocron of Ren" As it was called detailed any and everything from the influences of what Kyrel knew of Darth Vader and Kylo Ren being major influences. His accounts on Sieger, the rise, reign, and fall of the First Order. Even making it where his viewpoints his own view for the Knights of Ren, and views on the dark side and the Force itself were known Post-Sieger.

Even diving into other views outside of the Ren. Such as the Jedi Order, the Sith, Mortis and the ones, and even the Sorcerers of Rhand and connection to Kyrel's own doctrine. The doctrine of which he referred to as the Way of Shadow, following a similar view to the Way of Dark the Rhand developed. Emphasizing on viewpoints of causing chaos and destruction by whatever means. Feeding the dark side and it's very nature rather than the classical notion of it solely being dominated by one being alone. Kyrel even went as to put in his own journal and recordings of his life within the Holocron to preserve his memory beyond death. Along with providing Force Powers and techniques he learned through self-study.

After teaching his views of the Knights of Ren to his successor. The Neimodian is known as Shute Gunray of which Kyrel found worthy of his teachings. He hid the Holocron of Ren. Saving it for someone who would be worthy of his knowledge. Rumors only remain that the Holocron resides in Fortress Vader, or on the red mists of Dathomir. No one knows besides Kyrel himself, or those that he had thought closest to him. The Holocron itself remains one of the most cryptic and yet fascinating Force related objects outside either the Jedi or Sith.

Suggestion: Any links to any of these events to allow someone who is working with or using the holocron to read up on and gain that knowledge ?

Other than that, things look pretty good