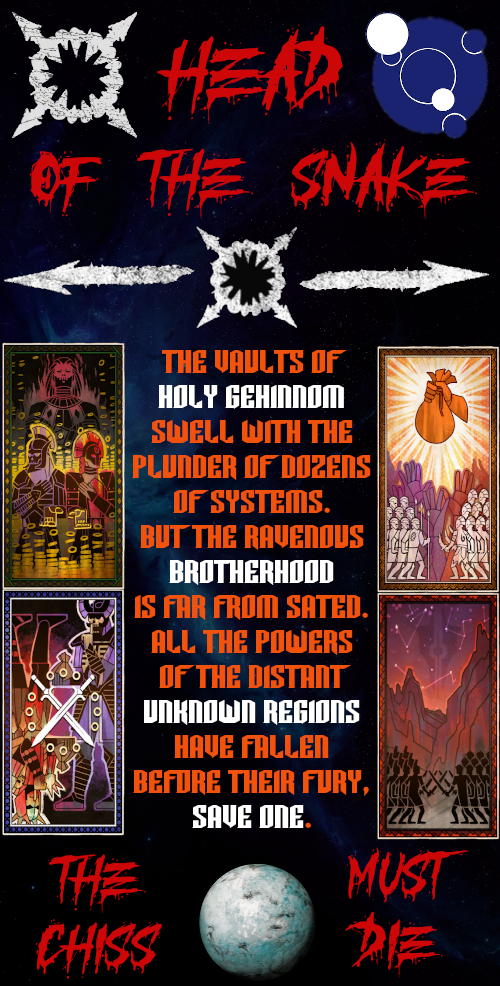 In the northern Unknown Regions, the savage Brotherhood of the Maw has seen conquest after conquest. The Croke, the Lugubraa, the Shi'ido, the Gundanbard, the Jin, even the mighty Sorcerers of Rhand, all have either bowed before them or been swept aside by a tide of blood and fire. To the west of the Maw's burgeoning dominion, only a few tiny colonies remain independent, scattered among abandoned and uninhabited worlds. To the east, however, lies a worthy prize: the prosperous agriworlds and well stocked armories of the Chiss Ascendancy, flush with resources that could fuel a great campaign to burn the galaxy and loot the ashes.

At first, the timing for invasion appeared perfect. The attention of the Chiss Expeditionary Defense Force is focused on the eastern edge of Ascendancy space, locked in battle with the New Imperial Order as the Imperials attempt to conquer their well-defended Redoubt. But the Ascendancy, recognizing the myriad threats gathering around its borders, recently issued a summons to Chiss across the galaxy, calling them home in order to strengthen its position. If Chiss Space is permitted to consolidate its strength, the glorious Maw campaign to ravage the Ascendancy's worlds could devolve into years of warfare against each Chiss house in succession.

The Dark Voice desires a decisive conquest, not a gradual, piecemeal chipping away of its enemies.

And so the greatest weapons of the Brotherhood shall be unleashed upon the one place important to all Chiss, regardless of house: their homeworld, Csilla. The Brotherhood aims to destroy the entire planet, cutting off the head of the snake in one swift stroke. With the center of their culture shattered and their Defense Force in disarray, the Chiss will fall to the hordes of the Maw. At the same time, the Brotherhood shall announce to the entire galaxy that a new age is dawning: the Age of Annihilation, in which the old order shall be torn down and the galaxy shall burn. Only then can something new arise from the ashes.

On April 1st, 2021, the Brotherhood of the Maw will launch an ANNIHILATION of Csilla.


If I missed or miscategorized you, please let me know! 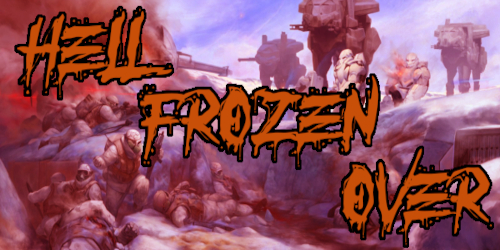 Ground warfare on Csilla's frozen surface, with trench fighting in the bloodstained snow 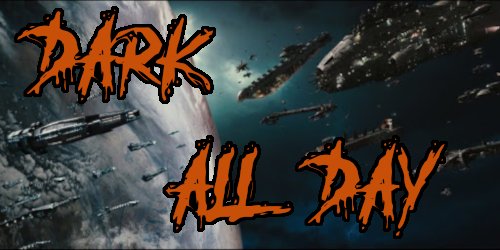 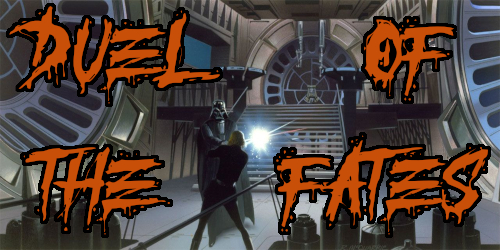 Whatever you want to do as Annihilation looms!​
Last edited: Apr 2, 2021 But yes. Lets do this. Come hell or high water. I am down to clown with some peeps. Character Bio
Finally, something to use this character for!

Just a Toaster, Nothing Special

Pain Is A Necessary Evil Character Bio
Looking for someone to write with!

I just need an IC reason to join the first Annihilation thread...

the great misconceptions of me Character Bio
beautiful, i am there. Drums in the deep.

Character Bio
The Master of Ren now accepting prey to fight! Which on of you wanna take on a dead man! Character Bio
Just point me in the direction of some foes and watch them disappear. Any jedi are a bonus to me as well. I'll gladly fight some people on Csilla, and then blow it all up. Mwuhaha Kyrel Ren said:
The Master of Ren now accepting prey to fight! Which on of you wanna take on a dead man!
Click to expand...

I'd be down to tussle if you're interested! Curious to see what you've got in mind at least!

Character Bio
Ooo one of the pesky Chiss natives. Sure if you think you can handle an unholy abomination of the undead!

Kyrel Ren said:
Ooo one of the pesky Chiss natives. Sure if you think you can handle an unholy abomination of the undead!

Great! I'll let you set the stage! Anything you want to work out ahead of time, just let me know!

Character Bio
The Chiss face a danger that threatens their worlds? The First Order will repay the debt. Operation: FINAL DAWN in the House

Wanna tumble?
You must log in or register to reply here.

The Conclusion of the Invasion of Csilla