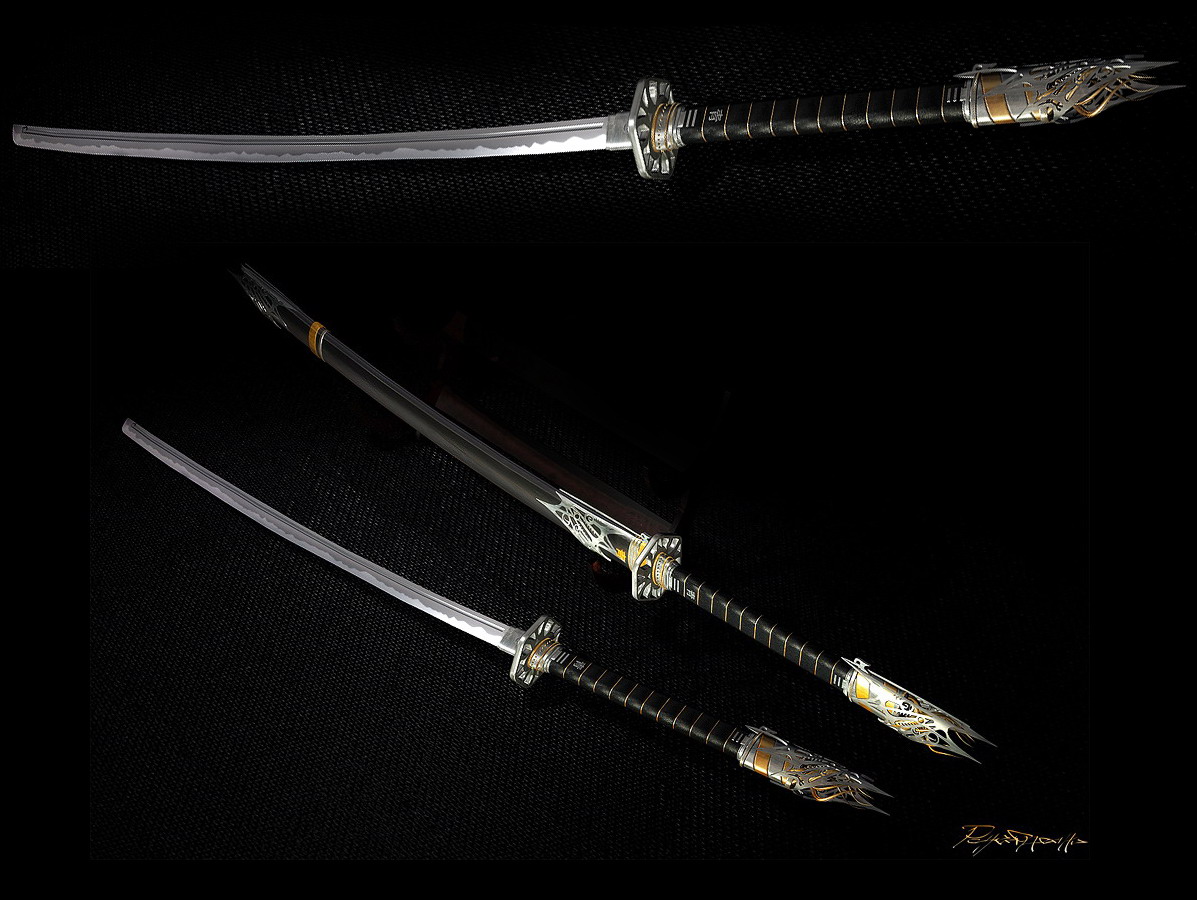 Extremely sharp vibrosword capable of cutting through lightsaber resistant materials as well as resisting lightsabers themselves, due to a high quality cortosis weave Durasteel blade whose resistance to energy is just under that of Phrik

Cannot be affected by electricity.

Vampiric regen system feeds on the psychic energy from slain enemies, repairing the tissues of the user.

Blade can be charged with psychic energy from either user or victim to dramatically increase cutting power to extreme levels, enabling it to damage even alchemized materials

A Mark of Vampiric Royalty: As with many weapons associated with Nine's family, it bears vampirism mimicking machinery within that allows it to drain psychic energy from the user or the slain, allowing it to repair the tissues of the user.


Psy-Cut: Increases cutting power to the point it can damage alchemized materials, via fiding off its psychic power reserves

Psy-Shield: Generates a protective field that increases her already high resistance to telepathy and provides a significant resistance to Force Drain Attempts, via the psychic reservoir in the sword for a period of three minutes

Energy resistance: It's Cortosis weave Formula is a special variant developed by Nine's family in its ancient past, granting it energy resistance just under that of Phrik Alloy

Cryo: Cryo weapons cause the blade to chip and become brittle

Paddle Beams: Paddle Beams shut off its electronics for five minutes, rendering it a dead hunk of metal.

One or the other: Only of its defensive or offensive features can be active at a time.

Five Rings is a personal Katana, a heavily modified version of a sword made by the Family Business Morpheus works. As Katanas serve as badged of office for Nine's daughters, Westenra inevitably customized her own, and in anticipation of fighting more Force Adepts. It takes its name from the Modern Philosophy of The Li-Ves Clan, emphasizing honorable conduct and pragmatism.
Last edited: Saturday at 5:10 PM

Westenra Mina Status of this submission?

Can you please link the material? And can you please make affiliation either yourself or closed market as unique doesn't fit that area.

Westenra Mina
What is the status on this submission?

Westenra Mina
Sounds good, just remember to tag me when you are done.

Character Bio
Have made requested changes,