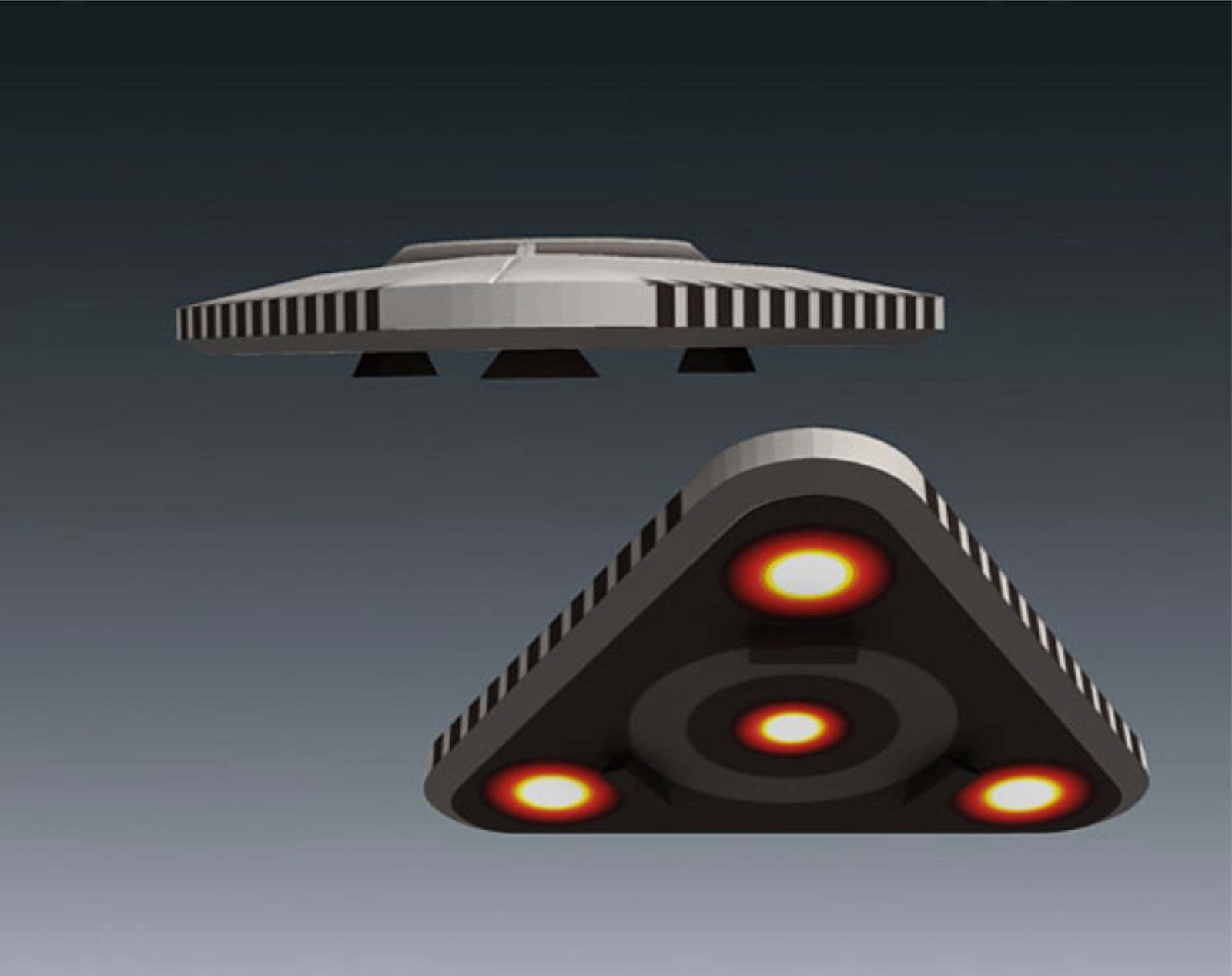 Image from Blogspot
Intent: To create a new kamikaze drone that can be used by factions other than specifically the Empire, since Seinar was the IC developer of the Detonator.
Development Thread: N/A
Manufacturer: Subach-Innes
Model: Drone
Affiliation: Independent
Modularity: Minor(ordnance bay)
Production: Mass-Produced
Material: Duraplast
Description: With things looking poor for the Empire, Subach put to work its examination of the Imperial suicide craft known as the TIE Detonator. That starfighter admittedly utilized preexisting materiel, but while it was cheap, considering that the parts were already plentiful, it also had the same flaws of a TIE Fighter. Thus the "Fighting Polygon" was born. A simple design, the "Fighting Polygon" is a triangle shaped drone utilizing a droid brain identical to the TIE Detonator. The craft itself has essentially the same features - weaker shields, sensors, and high speed, though the FP has a slightly stronger and easier to construct hull - but carries improvements as well, namely its unnatural thinness and fuel cell power source, smaller than the ionization reactor used by the TIE craft. Like the Detonator, a variety of ordnance can be installed in the central ordnance bay, varying from ion bombs and proton explosives to thermal detonators and antimatter charges. The design allows for "Fighting Polygons" to be stacked on top of one another and readily launched that way, around four able to fill the space of a single fighter.

However, there are some particularly glaring flaws. Due to its razor-thin profile and triangular shape, the burst of a flak shell directly above or below it is guaranteed to destroy the ship with a single shot. As well, the craft is exceptionally vulnerable to missiles, which can still strike the craft and, again, destroy it with a single hit. Attacking from the bottom or top of the "Fighting Polygon" is the best way to destroy it, and the craft does after all have no offensive capabilities at all, it not carrying even a blaster cannon for self-defense.
Classification: Starfighter
Role: Kamikaze Drone
Height: 1m
Width: 7m
Length: 7m
Power Core Generator/Reactor: Fuel Cells
Hyperdrive Rating: N/A
Minimum Crew: N/A (Droid brain controlled)
Optimal Crew: N/A (Droid brain controlled)
Armaments: internal ordnance bay capable of carrying a variety of explosives, the same as the TIE Detonator.
Hangar: N/A
Non-Combative Attachments: Shields, sensors, droid brain, repulsorlift landing struts
Passenger Capacity: N/A
Cargo Capacity: N/A
Consumables: 18 hours
Sublight Speed and Maneuverability: Class 1

Character Bio
This fulfills the exact same function as the TIE Detonator but it looks as if you've tried to eliminate all weaknesses, furthermore nothing that small would be able to fit an antimatter reactor.
Briefly explain to me why this isn't overpowered and why something that has almost never been used get such a powerful upgrade.
@[member="Circe Savan"]

Character Bio
It's a matter of size. When the Empire utilized TIE Detonators, because they were based off the TIE Fighter, they really weren't that efficient for their intended role as kamikaze drone. With the Fighting Polygon, it's actually efficient for a Star Destroyer or other large craft to sacrifice a wing or two of fighter space to fill with Polygon drones.

As well, I've added in a list of weaknesses and swapped out the antimatter reactor for simple fuel cells.