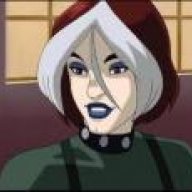 Appearance:
Clare is a tall attractive young women. She likes to use the fact that she is attractive on her missions. Clare is very fit because she has been training her whole life. Her sea green eyes are always watching and assessing everything around her. She prefers her hair to be long, but it gets in the way sometimes because of its length. The white streak in her hair has been their since birth.
Biography:
Clare never met her father or her mother. She knows she has a twin brother though. Clare grew up for the most part on her own. Stealing and fighting to live. She adopted a male baby Nexu when she was younger and named it Sid. He has stuck by her side ever since. Clare is a bounty hunter. She knows plenty of different fighting styles to defend herself, and she is force sensitive but has never had any training so she can't really use the force. She is also a terrific shot with almost any gun. All in all she is deadly and should not be messed with. She was raised on myrkr for most of her life.
Strengths:
Clare can master a fighting style with plenty of practice, and can usually master them fairly quick. She has a habit of talking circles around people to give her what she wants, and when that doesn't work she uses Sid for a little persuasion. She is the kind of person who will go way out of her way to get what she wants.
Weaknesses:
Clare has a soft spot for her Nexu Sid, so if you threaten Sid, Clare will rush into battle without thinking things through. Even though she has never met her real family, she still has a soft spot for anyone who helps her. She is very easy to deceive, but even so, if she finds out you lied to her, you might want to start running. Clare can not kill someone, even if it's for a job.

Character Bio
*poke* I never knew my parents either... but i did get to see my father in a holocron.

Character Bio
You should so join the Fel Imperium. You would fit right in.

and welcome, I like the Playby that you use from Rogue. 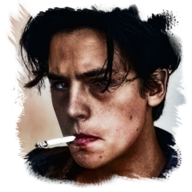 Character Bio
@[member="Xander Carrick"], she should definitely join the bounty hunter's guild. She would be perfect for the faction, besides she's a bounty hunter.