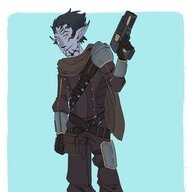 OUT OF CHARACTER INFORMATION
GENERAL INFORMATION
SOCIAL INFORMATION
Elders - Leaders of the clan, they form a council of those considered the wisest and most experienced of the clan. This council makes most of the decisions, unless overwritten by majority support of a different decision by the clan itself.

Warriors - This is the largest portion of the clan. Due to the nature of their world, all cathar in the clan are given catharese warrior training when they come of age. Warriors double as the clan's defenders and hunters to keep the clan both fed and safe.

Shamans - Healers of the tribe, the shamans are informed in various forms of medicine, both physical and spiritual. These are the only force sensitives within the clan that actually use the force. They employ auras that calm the mind and in some cases can heal physical wounds with a touch.

HISTORICAL INFORMATION
The first mention of Clan Atar found within catharese history was around the time of the clone wars. Considering the cathar only started recording their history once again around 3,000 years after the mandalorians destroyed their society.Tthis makes Clan Atar a quite recent development, perhaps even only a few generations old. However, the broken up nature of catharese history records makes it hard to say for certain. The Atar clan is often referred to in the catharese tongue as 'Tak ohzro'una' which translates to 'The Outsiders'. This is a derogatory term used by other clans because they view the fact that The Atar clan is willing to deal with offworlders as foolish and treasonous. Many of the clans still refuse to interact with the wider galaxy, but Clan Atar sees it as a necessity in order to survive on their world that is slowly fading at the pincers of the Kiltik. They've come to terms with the fact that they cannot save the planet on their own, and hope to one day get outside help, which is why the allow their people to leave the planet with the various merchants and traders that visit their colony. Supposedly, Clan Atar initially started as a group of exiles from the nearest much larger Clan Lirgul. Clan Lirgul owns one of the larger green spots left on Cathar, it's size being about as big as a state and their numbers being in the thousands. They expel their undesirables and criminals into the surrounding inhospitable deserts that belong to the kiltik. The leadership of Clan Lirgul thought the exiles would just die. This was far from the case. The catharese exiles gathered together and wandered the desert, their combined forces being enough to keep the Kiltik patrols at bay. Eventually, they came across a small oasis in the desert, a spot the Kiltik had missed due to the rock formations around it. That became the cradle of Clan Atar, Atar being the name of the Catharese woman who led the group and helped them survive until they found the oasis.

Throughout the ages, the clan has persevered. Cathar was mostly left alone during the galactic civil war, and though they never truly rebuilt their previous civilization, they managed to develop the means and technology to continue fending off the kiltik and protect their homes. The catharese now often communicate by letter or message delivered by mailmen riding large beasts of burden that the kiltik dare not attack. Though in comparison to the rest of the clans, Clan Atar is quite isolated, as no one wishes to communicate or talk with those of such undesirable ancestry. During the Gulag plague, Clan Atar survived by cutting off trade with the galaxy. The plague didn't heavily effect Cathar numbers due to the planet's isolated nature. However it delayed Clan Atar's plans to get outside aid, and the kiltik threat got worse.

During their time on Cathar, Clan Atar was one of the few on friendly terms with the Mandalorian Union, who they traded with often for supplies. The MU also helped with the kiltik threat, their superior weaponry keeping the insects at bay as they established bases and outposts in the desert. Following the abandonment of the planet by the MU, Rajoré laokal inherited the bases as they were finally able to leave the caves and deep jungles the MU's expansion chased them into. The cathar conduct trade and work alongside them to fight the Kiltik just the same. Most of the clans consider Rajore useless rodents, but Clan Atar has found a steadfast ally in them. In short, Clan Atar's history is one of pragmatism. They are willing to do what the others on their planet won't in order to make it another day.
Last edited: Yesterday at 6:41 AM

Looks like you've not had a chance to finish this. I can move it to Pre-Codex for you if you wish to take some time to work on it.

Saket Keane it'll be finished in a few hours actually. I've had the edit page open all day. I just post the thread after copy pasting the template because writing in the tiny window when posting a thread is inconvenient. So no need to move it, I'm on historical information now!

Saket Keane done! Sorry for the delay, I passed out

Thanks for your patience! Overall this is a well-constructed submission that I can see leading to some good stories. Just a few minor things before I stamp it with my approval.


Please reach out with any questions or concerns!

In regards to what's been going on for the past 5,000 years with the kiltik, and the history of cathar, I plan to expand upon and explain all of that when I make a codex sub for the planet of cathar, which I have recently gotten permission to do. Truthfully, and I'll specify this in the changes I make, clan Atar came into existence at some point during the clone wars. I just thought I didn't need to state pre chaos info because it's already canon that the mandalorians basically attacked cathar to the point that they almost went extinct, and that they didn't finish rebuilding their society until the galactic civil war. In my codex sub for cathar, I plan to expand more upon what the kiltik were doing during the rebuilding phase that the cathar were trying to do, and how their society fell yet again during the plague. However, since I'm making a planet sub, I don't think it's necessary to state the same history twice. Honestly I probably should have made the planet sub first, that's a mistake on my part. My bad.

You don't need to rehash Cathar's history, just talk about things that are directly relevant to Clan Atar, even if those things happened pre-Chaos. The clan being founded during the Clone Wars is definitely relevant, and anything the clan was directly involved in during the rebuilding and the continuing struggle with the kiltik should also be mentioned. Tell me the cliff notes of their full history. If it happened on Cathar but had nothing to do with Clan Atar, you can leave it out.

Please tag me when you're finished with changes, or if you have any questions (or PM me).

The Mongrel went ahead and di a history rewrite. How does that look?

The new history looks fantastic! Nice job. The only thing I still need is for you to link Talohn's bio in the Affiliation section.

Thanks for working with me on this. Approved pending secondary