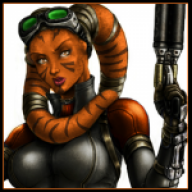 ---------------------------------------------------------------------------------------------------------------------------------​
STRENGTHS:
If You've Got It, Flaunt It The galaxy loves a Twi'lek, and Chiasa knows it and is not above using it.
Look Over There! Chiasa likes misdirection. She's subtle and manipulative, and good at having people watch the left hand while her right takes advantage. All right, it's not usually either hand that people are watching, but they ought to.
Surprisingly Low Maintenance Chiasa is fine with roughing it. Having survived the deserts of Ryloth, she is competent in the wilderness, and when in highly populated areas can deal with slums or food that's not the best. She likes the high life, but can get by without.
Wanna See How Flexible I Am? Chiasa was initially trained as an exotic dancer, and is something of a natural contortionist. She's very flexible and has good dexterity. She's also ambidextrous.
Domestically Inclined She likely won't do it for you, but if she wanted to she can cook, clean, bake, sew...
Ruthless Chiasa will do what she needs to to hold onto what she has
Silver-tongued Chiasa is rarely straight forward, always looking after number one and is very good at leading people where she wants them. She can read people and adapt on the fly.
Credits Talk Chiasa doesn't embezzle. She does however invest, and she's been making sound business decisions and paying herself a quite generous if not unreasonable fee for several years. Even without access to all the Ravens funds, Chiasa is rich. She is unlikely to tell you just how rich.
Smart Cookie Chiasa is fairly smart too start with, and with a drive to succeed she educates herself on whatever she needs to know, from drugs to hyperdrives and everything in between. If she doesn't have a person for it, she'll damn well do it herself.
Connections Chiasa knows a lot of people, some of them are enemies sure, but a lot aren't come after her and you never know who else will be on your case

WEAKNESSES:
Does Not Abuse The 'Roids Chiasa is not particularly physically strong. If it comes down to a one on one fight where strength is the deciding factor she's pretty well hooped.
Don't Touch My Tail, Any Of Them! Like all twi'lek, Chiasas lekku are extremely sensitive and a strong tug can incapacitate her with pain.
I'm Not a Romantic! ...Is That Rose For Me? For someone who uses her looks to her advantage and is something of a seductress, she does have a touchy-feely side she tries to hide.
Curse You Sudden But Inevitable Betrayal! Chiasa doesn't trust easily, but once she does, that's it. She would absolutely not see a betrayal coming from someone she trusted even if she'd watched and helped them betray every other being they know and they constantly cackled about how they loved betraying and never really care about anyone ever.
Vain Little Peacock Chiasa is vain and increasingly proud. Where once she was entirely pragmatic, now if she is in public chances are she will not back down
The Animal Inside Peacock on the surface, but all tiger at heart. Chiasa gets very territorial, and if hurt enough falls back to instinct which urges her to fight even when she can't win
Increasingly Paranoid One of the drawbacks of never being on the level is that eventually you doubt other people are either. The more she gains, the more she has to lose.
Addict Chiasa is a user of Lesai. While this means she gets to go without sleep and there are no real drawbacks, greatly increasing her productive time, if she should ever find herself cut off she'd soon be in a sorry state. She has the usual purple stain in the hollow of her throat.
Family There is nothing Chiasa would not do to protect her husband and daughter
Ice Queen Chiasa is not your friend. She does not trust you. She will not love you. Your interest might align. That is all.

BIOGRAPHY:
Look it's really not that interesting and I'm not sure it's any of your business anyway okay?

You're still here.. Fine. Let's see. Little girl born on Ryloth, sold off to a famous dance hall to support and bring honour to the family yadda yadda, basic twi'lek life. It might surprise you, but while dancing is an incredible and pure artform, some of us aren't actually interested in being your eye candy and certainly do not want you hands all over us. Ooo, Twi'lek are so sexy. Yes, we are. Most of you aren't. I can't imagine why you think you have a chance. Anyway. I didn't mind the dancing part, I was good at it too, but it was a business. They wanted patrons. Guess what the patrons wanted.

So, I left. I mean it wasn't real slavery. No chains or guards or anything. I just.. walked out into the desert. And I survived.

I found.. I don't know how to say this so that you would understand. I had a revelation. That makes it sound very flash of light, special effects, instantaneous insight doesn't it? It wasn't like that. Let's just say I was pretty good at surviving when I shouldn't have been. Let's say luck only accounts for so much. Too much finding food, too many hints about what was safe and what wasn't, too many good guesses about the weather. In short, I had a new career opportunity, and if I pursue it, if I follow it, if I chase it down and make it mine..

No one will ever see me as just a status symbol again. Or not for long.

What have I done..

I joined an at the time up and coming criminal organization known as the Red Ravens. Rather funny actually. I never really joined. I walked in, pretended I already belonged and no one questioned me. Confidence. Enough of it and you can do anything. Not long after I got promoted to Minister of Diplomacy, an odd post for a criminal organization but there you are. Then Vice President, then President.

That's right. From slave dancer to the most notorious Crime Lord in the galaxy leading the largest Criminal Organization.

It wasn't that easy of course. Surprise surprise, criminals are mostly terrible people. There were a lot of betrayals. A lot. My bosses, my equals, my underlings.. Basically no one I could trust, but someone had to keep things running. Someone had to step up. So I did.

Had a daughter, Meliha. I wiped my memory of her, and her sire to try and keep them safe. I had a 75 million credit bounty on my head at the time. If I was caught I didn't want anyone finding out about or going after her. Didn't turn out so well. Her sire who I entrusted her care with came after me. Attacked me in my own home. I didn't know him. That was.. less than pleasant. I wiped my memory of him as well. I have no idea how I thought he was a good choice or even if I did willingly choose him. Doesn't matter. I have my daughter back and he can stay far away from me. Last time I did not hurt him, held back and was paid for it only in pain. Next time I will not be so foolish.

Kept running into a man, Draco Vereen. Thought he was an utter idiot to start with, but he's grown quickly, and far more than I thought he ever would. He decided to court me. I intended to use him. I.. I did not expect him to be who and what he is. In short, he is now my husband, and I intend to stay at his side. Dragon and Starbird, and let those who stand against us burn.

I suppose this means I'll need to learn what it is to be Mandalorian. That is the culture he claims as his own. For him I will learn it.

Training Given
Total: 5 | Complete: 0
Crystals and Candy and Chaos
Giving the Doctor a New Tool
Nodoby Sells Drugs Around Here But Me
Tit for Tat
Teach Me How to Levitate


Spars/Duels
Total: 5 | Complete: 2
On The Blood Stained Sands of the Smugglers Moon
Let Me Come In
Test Your Might
Those are MY Delinquents
Hitting, not Hitting ON

Faction Threads
Total: 22 | Complete: 15
Dragon Palace Casino
Motors and Maybe Murder
Meet the New Brass
Honey I'm Home
Two Stones With One Bird
To Die At the Right Time
A Bone to Pick
Joining The Flock
A Crow in the Unkindness
Let's Talk, Shall We?
Liaison, Liaise
Ravens Without a Cause - RA/RR Truce
Your Blue Nightmare
Ravens Respite and Revenge
Get Off My Lawn
Contractual Coalescence
Replicating Success
Time to Meet the Devil
Deuces
Howlin' For You
Technomancy and Tea
A Message to a Templar

Development Threads
Total: 14 | Complete: 9
Doubling Down the Casino
Raven Fiction
Milk, Eggs, Butter, Phrik
The Lesser of Two Poisons
A Broken Transmission and the Hourglass
I Was Designed
How to Win Friends and Influence People - Flagship
Artificial Intelligence
The Future in Cystals
Back Room Business
Demoralizing the Flesh Off Your Bones
Can't Touch What You Can't See
Rocking Out Roche
Unstable Mining and Dining


Miscellaneous/Character Development Threads
Total: 29 | Complete: 16
Drinking With the Ravens
Auction
The Right Prescription
CUPID Has a Lot To Answer For
Party Monsters
Aftermath of the Arena
The Ghost Among Us
The Tigress and the Desert Fox
The Avidonian Dominion Gala
Truth and Pride and Other Fragile Things
I Changed My Mind Let Me Out
Reverance Broke My Damn Table
Red Raven Black Market
How to Avoid a Trap
Two Ravens, One Deal
Two Smugglers Cant
Crossing Paths
Tiger Twilek Burning Bright
SSB Auction
SSB Bazaar Expo
Aggressive Interview
Nar Shaddaa City Lights
The Golden Nautolan
Worlds Like Gems
Because Ripping Off the Ravens is a Good Idea
Space Arena
Martingale
Well Colour Me Pink With Tiger Stripes
You're Not the Voss of Me

much small of back​ 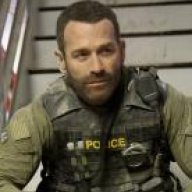 Character Bio
@[member="Suhr"] Thank you! And yus, many twi'lek! Very good! Many awesomely patterned Twi'lek at that!
@[member="Kaine Zambrano"] Try and guess my favourite colour..
@[member="Adenn Gra'tua"] Thanks! I browsed some other bios, so I kind of stole the idea for semi-humorously worded strengths and weaknesses.. But I don't mind taking the credit!

Character Bio
Back in civilized lands with internet, time to get this character rolling! 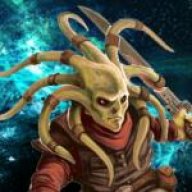 Do I know you? No? Then don't touch the goods.

What do you mean 'goods'? 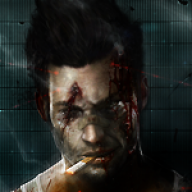 Nice character. Hope I'll see you round the galaxy sometime.

Character Bio
[member="Gabriel Audemars"] Keep those baby blues peeled, I'm sure we'll run into each other..

Character Bio
[member="Chiasa Kritivaas"], May I please play with your tails. They look absolutely divine.

Character Bio
[member="Darren Shaw"] As long as I can keep play with your big sword..

Character Bio
[member="Chiasa Kritivaas"], Then you may play with my sword.

You have my attenion.. Tell me more..

In exchange for your work for me, I will teach you more of the force, and provide you all the necessary tools, and gear you wish. I would even pay you if so need be.

I am certainly not averse to this, but you should know I owe my first loyalty to the Red Ravens.
You must log in or register to reply here.
Share:
Share
Menu
Log in
Register
Install the app
Top