Can anyone reccomend some key books about High Republic era?

The One Who Ignites the Cosmos 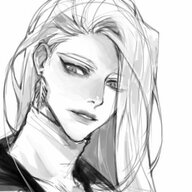 I wold like to explore more peaceful times like 200-300 years before Phantom Menace.
Would love to hear your reccomendations and thoughts about it!

The High Republic is a mixed bag, I don't know if I could recommend it beyond the first book which was a decent start to it. Soule made the characters interesting but the other books have interesting moments more then solid stories. The Drengir are introduced in the YA book and talked about in the main line Rising storm but then are 'defeated' in the comics. If you are going to go into the books you have to be looking to buy several as the crossover can be like old Marvel or DC events.

With that for the books style of crossover out fo the way. Era wise there is potential but they solve most of the big threats quickly. The Nihil are a threat, end of the first book there is the battle and they go to ground. THey return to strike again and while they get a small victory they are also defeated again. They do a little more in the comics and the audio drama is good. THe comics had an... annoying start and the one girl wasn't that likable but recommendations wise.

Light of the Jedi with a grain of salt as the interesting characters like Avar and Elzar are bogged down with perspectives that add little to it just take up space.

Rising Storm much the same complaints as the interesting few like Elzar and Stellian or even Ty are good but you get perspectives that do little then eat up page count.

Tempest Runner has some good backstory for Lourna and you see a little the inner workings of the Nihil as well as one of the mysteries they did bring up.

The One Who Ignites the Cosmos

Thanks! Will look at them later on! 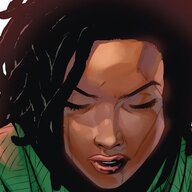 The Marvel comic is dope too. I'd read that for sure. I might be biased though.
You must log in or register to reply here.

Are there any books about the life of Palpatine or Count Dooku?