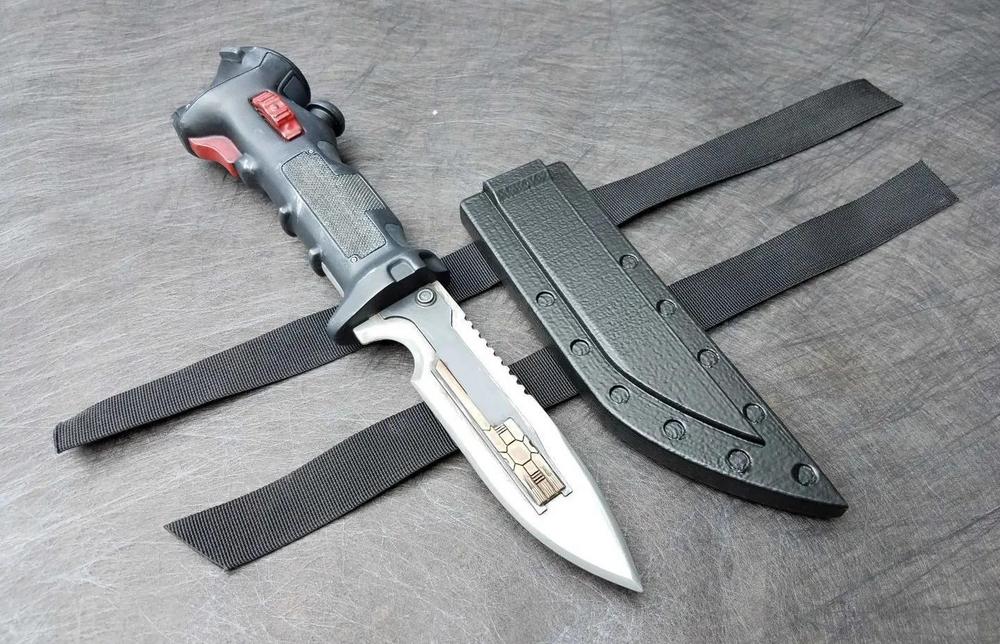 ​
The BH 'Spectre' Slicer Vibroknife is a rather versatile tool that one can find use for in their day to day life, especially if it involves a lot of illicit activities. Whether it be used for slicing open throats to hijacking vehicles or reprogramming security droids to do your dirty work, the Spectre is the tool for such people. It operates rather simply and naturally; one just needs to stab the blade (with the ultrasonic vibration generator active) into a machine and the contact points on either side of the blade can interface with the system and reinstall new procedures that grant the wielder access and control with as few steps as possible. A simple tool with a wide range of different purposes and possibilities.​
Last edited: Feb 13, 2020

​
This submission is ready to be moved to Technology Creation for review.​