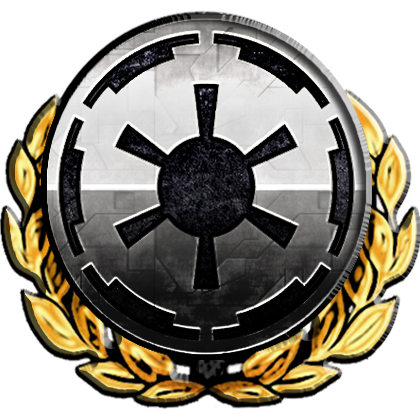 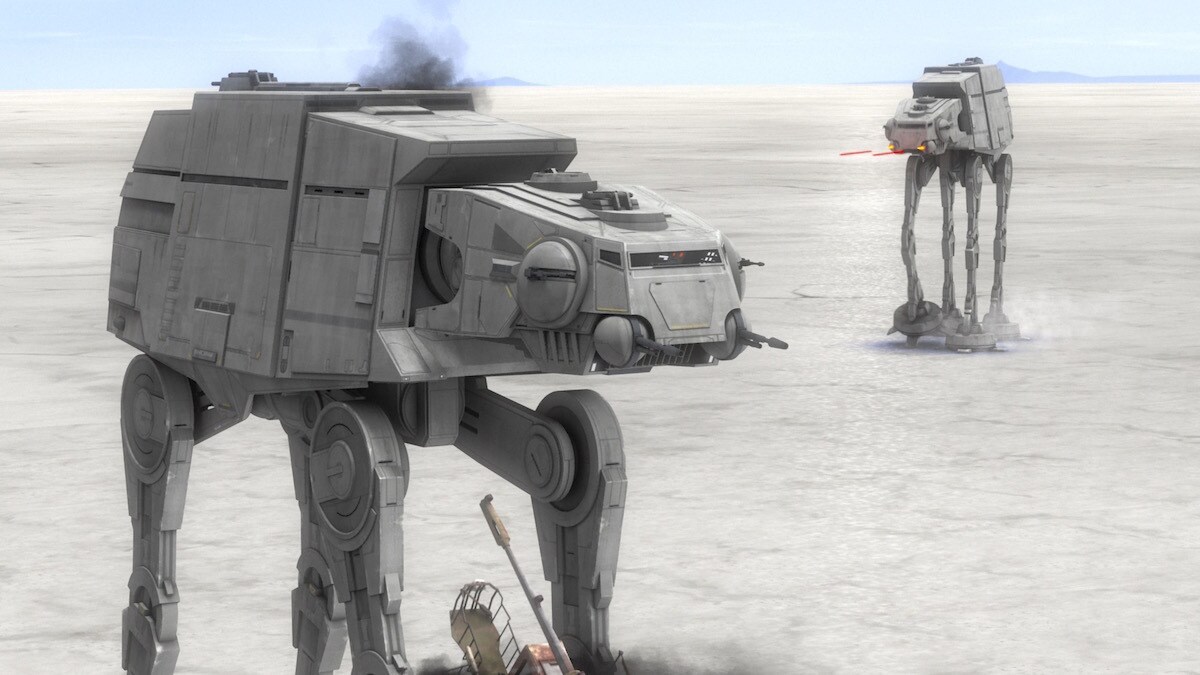 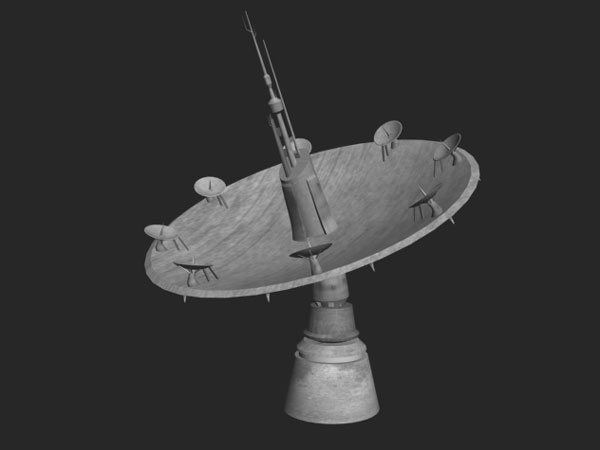 The shield dish. (Please just imagine its mounted on the back)

And this is sort of the visual effect. Again, ignore the gungans and stuff.
​
OUT OF CHARACTER INFORMATION
PRODUCTION INFORMATION
TECHNICAL SPECIFICATIONS
STRENGTHS
WEAKNESSES
DESCRIPTION
The AT-ASG is a vehicle with a simple premise behind it, to create a vehicle which can either support attacks or project a defensive shield and allow for recovery and regrouping. The AT-ASG is a more advanced model of the First Imperial AT-SG, a walker designed a decade earlier for the same purpose. What the AT-ASG does differently is it is made of a composite hull of separate components and the shield generator is larger and more complex. The AT-ASG is designed to project a myriad of separate shield types, meaning it provides in theory a more comprehensive protective barrier.

The AT-ASG’s shield is projected on a large, 500 meter radius around it at maximum, with the ability to fine tune and draw that back as needed. It is also fitted with weapons systems and droid brain targeting designed to mitigate hostile attack. Either through missile systems, or infantry assault. Jamming systems have been installed to attempt to disable short range enemy comms and mitigate the threat of missiles. The shield ceiling has also been lowered to disallow hostile fighter craft the ability to strafe troops at short range, and a homing missile launcher on the otherside acts to either pre-emptively distract the enemy, or to avenge an attack.

But the AT-ASG is not a perfect beast. Far from it actually. The shield can be walked through and penetrated by vehicle and trooper alike. It can’t defend against all forms of attack, as much as it might try. And the walker is vulnerable to being tipped over. Housing a corvettes shield systems in the trunk does wonders to weight. That, and the walker has sacrificed offensive capability for weapons systems only truly effective against infantry units.
Last edited: Nov 21, 2020

You forgot to add in your cargo capacity, please add it in and revaluate your ratings.

Let me know when you do so.