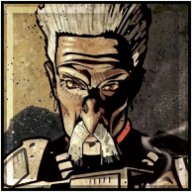 ✿,~~~~~ | ~~~~~´✿​
✿,~~ STRENGTHS ~~´✿​
✿ Positive Vinithi Biology: Like others of her kind, Alraune has many of the classic abilities. This includes regenerative properties, control over pigmentation, Zeltron-like pheromone manipulation, and immunities to standard intoxicating drugs and alcohol.

✿ Agile: As her body lacks an endoskeleton, instead being a cartilage-like biomass, she is more flexible than her vertebrate counterparts. This flexibility has made her a rather agile being.

✿ Vongsense: Due creating a lightsaber with a Vong lambent crystal, Alraune has the ability to tap into the Vongsense and thus communicate with Vong biotech.

✿,~~ WEAKNESSES ~~´✿​
✿ Negative Vinithi Biology: Like other plants, she requires regular sunlight exposure and water to maintain a healthy biology. In addition, she cannot regenerate if decapitated. Her biology also highly susceptible to fire and high doses of radiation. Liquidifed sugar, as it is in soft drinks, creates an effect similar to alcohol intoxication in humans.

✿ Mentally Underdeveloped: In spite of her physical age, Alraune was born artifically and did not have a chance to develop socially like others. In many ways, her social development is more akin to a child half her physical age. She is very curious and naive about more complex ideas of the world.

✿ Pyrophobe: Due to her species' susceptible nature to fire, she has an instinctual fear of flames. Things like candles and matches do not phase her, but anything like a bonfire or larger triggers this fear.

✿,~~~~~ | ~~~~~´✿​
✿,~~ APPEARANCE ~~´✿​
Alraune appears outwardly like a near-human woman whose in her late teens or early twenties. Her natural chlorophyll imvades the pigments of her body, leaving her skin pale green and her eyes yellowish-green. Her hair has been dyed a rose red. Her body is a slightly voluptuous mesomorph.

✿,~~ BIOGRAPHY ~~´✿​
About a half of a decade ago, [member="Vanessa Vantai"] brought a legion of fetal Vinithi to Trayus Laboratory to the now-restored world of Malachor V. For the time, they grew in stasis, awaiting a moment when they were grown. In recent history, stasis pod 88 of malfunctioned and released one of these occupants early. A female, aged to about 18 GSY, and among the first of her brethern to be born.

Her creator soon began to raise her, teaching basic concepts and ideas to the newborn. When it came time, she chose a name for herself, rather than being simply "Number 88". She chose the given name "Alraune", from an old galactic legend about a girl born from a flower, feeling it was apt for her plant nature. She also took the surname "Vantai", having felt a connection to her maker more akin to a daughter than a creation.

Her mother soon bgan to cultivate her sensitivity in the Force. Alraune was taught the basics of being a Sith and the nature of the Dark Side. Apart of this training included the construction of her own lightsaber, borne from the yorik coral and lambert crystals that were handy to the Vantai women. While still a fledgling, the young Vinithi now currently stands at her mother's side, her newfound curiousity about the world and the Force fueling her existance.

Character Bio
My daughter!
You must log in or register to reply here.

Tina Daunt ~ Scoundrel of a Girl

Teeka, a Girl rasied by Ewoks
2