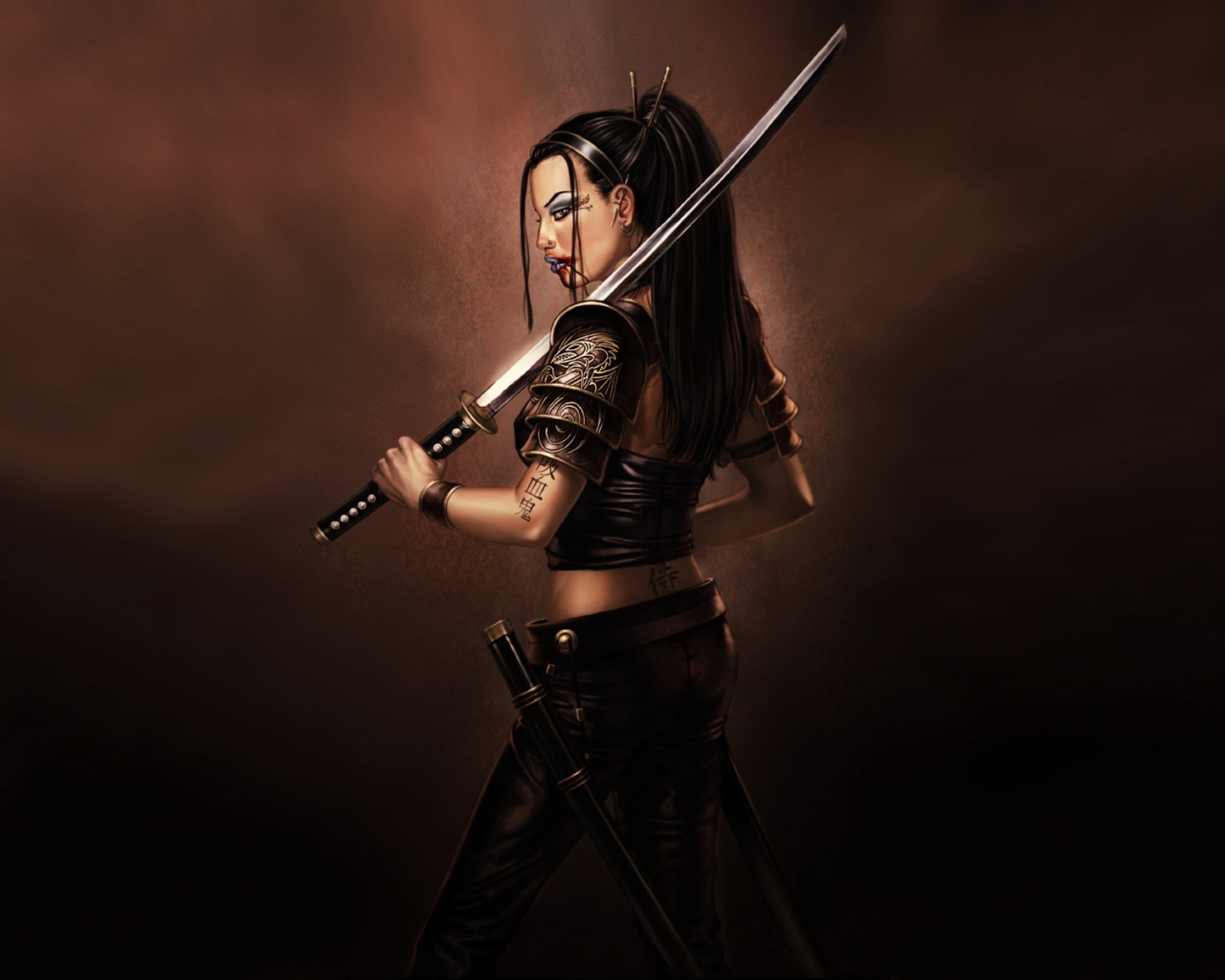 [*]Skills: A dishonored Yovshin who was kicked out for her conduct, Akiko was highly skilled in duel blade fighting able to take on other opponents.
[*]Personality: On the surface she was quiet, more of a serious bodyguard with calculations behind her eyes. Akiko didn't do mjuuch else then follow orders and ensure that the princess was protected as that was how she was getting paid.
COMBAT INFORMATION
HISTORICAL INFORMATION
Born on Atrisia to one of the lesser houses, Akiko strived to become something more within her family. Eventually finding herself in the military and excelling in combat she impressed enough to granted a chance to join the yovshin themselves. She showed she had the skills being able to rise up and bring some prestige to her family but eventually her own drive for ambition led her to dishonor herself.

Cast out of the Yovshin for her conduct she was eventually seen as a sell sword roaming around until one of the vassals of the emperor came hiring them. He was having to now that she was old enough send his eldest daughter to the academy. An infamous location within the mountains where he had sent the first born children of all his lords and ladies. In case of rebellion the yovshin assigned there were ordered to kill the hostages.

She was being paid to do just that, if rebellion came the ones who rebelled would have their children killed but her secondary duty was to protect Midori his child while she was there. Ensuring that she wasn't harmed by the students who might realize exactly what the academy really was. Akiko remained there with her until she discovered that someone was trying to undermine her masters goals and she fought them.

Eventually she fell to [member="Nine Lives"] on Atrisia and was buried by her and [member="Sawa Ike"] to hide the body. THe pair of academy students uncertain about what to do but the small grave marker that they set managed to last for the thousands of years until they saw it once again. her body rotted and gone after so many centuries as the academy fell into ruin long before and was broken more with the destruction of Jar'lai.

Over all this looks fine, couple minor things and I can stamp this:

-Put the image in a spoiler, it's too big
-You might want to fix the mention in your intent, there is a { where you want an [
-Can you link to her armor? I'm not finding it.

Character Bio
edited the mention and added the spoiler

as for the armor there is no link to it. the wookiee for the yovshin thankfully has a link to their swords. They are one fo the military units of Atrisia.

So it's just a standard armor with no special features then? Just to confirm.

yes it is standard armor with no special features