One of the oldest known species on the planet, the Forest Lions have etched themselves into the legend and mythology of the Akaran people. They have stalked the forests for millenia, adding to their mystique. They have been domesticated by more affluent families across the planet for generations. One notable domesticated pack has belonged to Imperial families since it's beginning. This single pack is the only known group to sire Force sensitive individuals that have been used as palace guards and show-pieces for the Empress.
Last edited: Jul 30, 2020 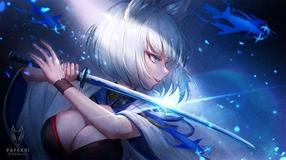 I'll show you what a blind pilot can do! Kimiko Everything looks good, but the Description section isn't filled in.

I'll show you what a blind pilot can do!

Sorry for the wait. Didn't get an alert. Approved.