Character Bio
In orbit of Zaadja
​Lucien was fulfilling his usual morning ritual sat in a chair in his office/Lounge he had a datapad in one hand and a bagel in the other an empty cup sat on the table beside him.He glanced over the news on the datapad nothing of particular interest to him. Today was a day of new beginnings everything had been chaotic since his departure from the empire and Lucien was glad that today things would return to their normal ordered selves.

He had recently been refurbished with a title and estate and felt it was time darien began learning the skills he would require in later life.
@[member="Darien Cordel"] 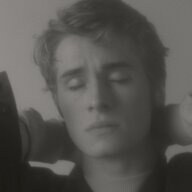 Character Bio
Darien wandered around the new estate, noting each detail with awe. Their previous home was really nice, but this one had plenty of new places to explore, and even more secrets waiting to be discovered. As the eight year old looked around, he found himself walking into a lounge, one which his father had apparently taken for himself. Smiling, he walked up to the man. "Hello father, how are you?"

Character Bio
"Good morning Darien, I'm fine" He put the data pad down on the table and looked at his son.He smiled back "So what do you think about the house,have you been into the basement yet?" He asked as he stood up,The training room was on the lowest floor of the house Lucien walked over to a shelf on the wall and lifted up a small saber "catch you will need this later" He threw the saber to his son it was a real saber but it had been modified to better suit his currant age.

Character Bio
Darien caught the shiny metallic object in his tiny hands and dared at it. He had always seen the weapons used by other Sith, how powerful they made someone. The young boy had never imagined he would one day hold one in his own grip. Stepping back, he moved his thumb over a small switch on the side, and a crimson blade flared to life. Scared at first, he jumped bak and almost dropped the precious gem. After a few seconds, Darien nodded and deactivated the lightsaber, then clipped it to his belt. "Thank you father. I've never been given anything before..." His thoughts trailed off. "No, I haven't been to the basement yet. I still have yet to find it."

Character Bio
"Your welcome" Lucien replied as he walked over to collect his own saber "Today we begin the real training,It will take some time as your mind and body will tire much faster than mine ... anyway come with me and we will go to the training room" He said as he led the way.The entrance to the basement was behind the main staircase so he walked from the Lounge into the polished marble of the entrance hall and tapped a false wall panel which swung in to reveal a set of rough stone steps.The entrance hall was well lit room of stone with a wooden square in the centre and various training apparatus around the outside.Lucien picked up a fake blade "Stand in the centre as if you are about to fight.

Character Bio
Darien took a stance in the middle of the room and drew the lightsaber from his belt. With a low snap-hiss, the blade sprung forth in a blur of light. The young boy watched his father and raised the weapon in front of him, mimicking what he had seen other Sith do in combat. He tried to let a sense of calm wash over him, so he could think straight.

Character Bio
Lucien watched as his son took up a stance. Lucien charged at his son and unleashed a flurry of powerful and random strikes aimed to force the boy back,As he did so he continued to push forward.Luciens first lesson would be stance but he needed to see how Darien coped first.

Character Bio
Darien's eyes widened as the man rushed toward him. His first instinct was to run and hide, so rather than standing his ground, he did so. Dropping the lightsaber, at his feet, the boy ran and cowered behind a nearby training dummy. The weapon had since then clattered to the ground, but he was too terrified to retrieve it.

Character Bio
Lucien tossed the saber down and picked up his sons saber,This would be harder than he had first thought.He smiled perhaps he had been a little excessive He put the blade he had been using down and walked over to darien putting his hand on his shoulder as he knelt down he handed his son back the saber "You will need this ... sorry I scared you do you want to wait before we begin training" He spoke softly the time for being a harsh teacher was not yet upon them so for now he would be gentle.

Character Bio
"O..okay...." Darien slowly looked up and took his lightsaber back. Grasping it tightly once more, a new look of conviction flashed in his eyes. "No. I want to try again." Getting up, he took his stance again and waited.

Character Bio
Lucien nodded and returned to his position and charged again slightly slower this time but his strikes remained powerful and random He pushed forward and his strikes continued for just over two minutes as he watched his sons reaction.

Character Bio
This time, Darien watched every strike with presicion, deflecting each and every one before dodging the final, more powerful attacks. The more he parried and dodged, the easier it became and he began to push forward. The tiniest hint of a smile appeared on his face as he realized he was no longer afraid.

Character Bio
Lucien put the sword down again and took out his own saber,He smiled at his son then spoke "That was good running away and just plainly falling back are a bad idea" He took a few steps away from darien then turned to his side "Your stance will work for more brutish styles but there are two other basic stances for the more graceful and more defensive styles,I will show you now I want you to attack me as you think best" He leveled his blade and awaited his sons response.

(OOC: Well since it says LoF I take it's fine for a fellow Lord to join as well? )

Walking into the small and unstylish mansion Haven pryde knocks loudly at the door and waits to be let in, the second doorway would be a touch bargain but one she is waiting at, last time she was here she knocked out a guard and was strip searched for contraband, funny how time almost repeats itself yet as she waited she grew impatient and used the force to fling the door open which slammed against the head of an older butler and tossed him to the ground, it was such a funny site but Haven helped him up and helped to make sure he was alright

she asked while smirking at him

quite alright miss? he said and then looked at her clearly his vision was still blurred and he frowned and then responded in kind Ah yes, Miss hellfire herself... what can I do for you, young lass he asked and then tried to stand on his own, by this time it was possible but not at all a given, haven just let him go and he fell to the ground, walking away she smirked and then walked toward @[member="Lucien Cordel"] and his student, what she didn't know was that @[member="Darien Cordel"] was his son and so she would end up being seen not only a roguish but also comical.

walking into the training room she leaned against the wall and smirked as she watched the two train while staring down the governor.

Character Bio
(Indeed it is)
Lucien did not turn away from darien as he waited for Dariens response,But he felt who had just walked in "Miss Pryde I am so glad you could join us but may I ask what you want" He said his concentration still on his son

Havane smirked as he asked what she wanted and then stood on both her feet Just out sight seeing, thought I'd come here and see what all the hype was about...since I have heard rumors you painted and restocked your sculptures since my last visit she joked and then smirked at the boy So who's the pip squeek? she said with a chuckle and walked over to them, her mind was wandering through thought and the intricacies of the mansion, somehow he thought it would be funny to plaster nudist sculptures everywhere, and then paint his training quarters a dull white.

Character Bio
(Are you punishing my lack of description)
"My son" Lucien said his voice laced whith distain.as for the sulpture Haven was clearly intoxicated they not nude in fact most what few there were were fully clothed,he was raising a child in this house after all as for the white in the training room that was in place solely to improve the lighting in the windowless basement,after all white reflects light

Looking at the boy she smirked and then looked at Lucien You might want to get a new servent, the current one I think has brain issues she joked and then scanned around with her eyes Ya know I think this place is a little boring, what kinda games you got? she asked with sarcasm and then looked at the boy Aren't you the cutest thing, how old are ya...5 maybe 6? she said with again sarcasm and then looked to lucien I like this house, maybe I'll stay longer this time... I'm sure something needs a womans touch in here

Firefighter was walking around when he spotted a mansion. He wasn't sure what it was, but he could tell there was someone in the mansion that might be able to help him. He walked up and rang the door bell waiting for someone to respond even though the door was hanging wide open. He could sense a male and a female and also a little kid, but that was all he could tell.

"I'm eight." Darien glared at the woman who had so sudenly interfered with his training. "And I am no servant, I am a lord and this is my father. I don't care who you are, don't you ever call me that again." Her rark had indeed hit a very special nerve. He had originally come from a poor family, and was treated like a servant for years. This lady had no idea who she was talking to.
You must log in or register to reply here.
Share:
Share
Menu
Log in
Register
Install the app
Top