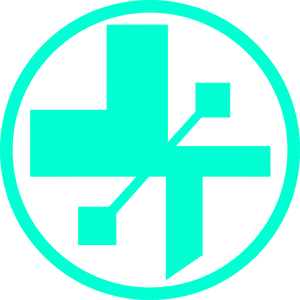 A non-profit humanitarian organization
Endorsed by the Je'daii Enclave
​
​
The Galaxy is in chaos.​
​
Every day wars wage across the known systems, sending the general populous into turmoil and instability. Men and women are constantly displaced, their homes torn asunder or simply no longer safe to reside within. Morale is at an all time low, and for many even the most basic of supplies are hard to come by.​
​
The Blue Crest seeks to remedy the fallout caused by this unending strife by providing aid to those who need it most. To the citizens of war-torn states, those without food or shelter, who bear injuries they cannot tend to, or who have found themselves alone in the world. ​
​
The Blue Crest is primarily run by volunteers, and is funded by the charitable acts of ordinary men and women across the Galaxy. It holds within its ranks trained doctors and medics, as well as relief workers.​
​
We exist beyond borders and politics, our mission is for the every day citizen no matter how large or small their voices may be. The care and support we offer is indiscriminate, it matters not which side of the war you belong to. If the Blue Crest can help, it will.​
​

​
Want to know how you can help? You can reach us by holo-mail or the following comm-frequencies: --/-=-/-/-=-/​
Reactions: Illian Dragos, Dagon Kaze, Sor-Jan Xantha and 11 others

Excellent, I was looking for another tax write off. Cause, I mean, charitable cause. To support. Because its the right thing to do and not for any other reason.

Here's a check. And some ships. A science vessel or two as well, maybe.

Also, does your organization happen to have a Tax ID number on Corellia? How about Denon or Dosuun? Asking for a friend...

If you're going to support this, I better not catch you eating snacks while I'm busy fighting someone ten feet away again.

Stop fighting your wars while I'm trying to sell overpriced star destroyers to a king, who also happens to have a snack cart in the room.

You people and your planet-saving have terrible business timing.

Sor-Jan Xantha They had just killed people. You literally had to try to not step in the puddle of blood.

Cotan Sar'andor Do you have any idea what a star destroyer sells for? That would have saved my fourth quarter!

Plus, I'm from Corellia. Who hasn't stepped into some blood trying to cross a street in Coronet City?