So who thought there'd be another EVE journal so soon? I sure as hell didn't. Who'd have thought I'd have something else to blog about in less than 24 hours from the last blog? Yeah, apparently today is the day for it.

Anyways, here's what happened. I somehow managed to become a psuedo crime lord. Okay, maybe not a crime lord, but definitely a crime duke. Maybe a crime prince? Whatever. Long and short, I dabbled in the crime organization business today.

Lately, Futzchag (where I'd set up shop for industry, remember?) has become a little... hot nowadays. And by hot I mean 'laser beams and hostile ships' kind of hot. A new corporation has moved into town and started taking over. Apparently, I didn't get the memo. At least, not initially. I'd seen them in system and thought it was odd, but didn't pay it much mind. Today, though, I got slapped in the face with it.

These guys are in a corporation that is named, I kid you not (I wish I was), We Pooped On Your Lawn. Dead serious. Not kidding in the slightest. Reeaally wish I was. Anyways, they shoot at damn near anyone. They're not pirates, they're not PvPers, they're a corporation of gankers.

To those of you who don't know what ganking is, here's a good baseline for it. For those that don't wanna click on the link, it's pretty much when a bunch of people, or one really top notch person, jump on some poor bastard and kill them for the lulz. You can counter gank or try and survive it to bail out, but usually, in EVE, you either die quick or live long enough to call your friends to help which either results in them saving you, getting there just as you die, or taking one look at who you're up against and going "... uh... Damn! I left a hot pocket in the microwave. brb."

There are mixed emotions on EVE about gankers and, I'm assuming, on other MMOs/MMORPGs as well. In this case, I had gone early in the morning (around 3am or so) into the system in a preemptive move while following a gut feeling to move my Blueprint Originals out of the system so I could access them when I felt like it. That all went off without a hitch and I got in and out in a few trips with no problems whatsoever. I left behind two BPOs that were researching (it cuts down on cost, materials, and time) and one that I was using to make stuff. Today, I went back to get those three BPOs.

I show up in system and immediately spot trouble. Some dude is running a pair of alts to roam around and shoot at people. How can I tell? Same name with a different number at the end. I dock without a problem and start gathering my things. I stop researching and put the ship I made on the market as quick as I can, then transfer all the BPOs to my hold in the little shuttle I took (which Jorus made there, oddly enough lol). As I hit the undock and hit the point of no return (AKA, cancelling undock), I see one of his alts enter the station and immediately realize one thing:

I undock and - you guessed it - ran into alt # 2. In a battleship. At the exit of the station. I figure I might be able to bail fast enough if I hurry up and run for it since my shuttle is wicked fast, agile, and jumps to warp faster than anything I've seen so far. I do my thing as fast as possible with my heart in my throat and...

Get target locked. Turns out, this dude maxed out his targeting speed. I have that half second though of "maybe I've gotten to warp fast enough that he can't warp scramble me" before he warp scrambles me and I'm stuck. In a shuttle. At point blank with his battleship.

To give you an idea of how this looks at a glance, I'll put up some visual aids.


This is how his battleship appears in this situation:​ 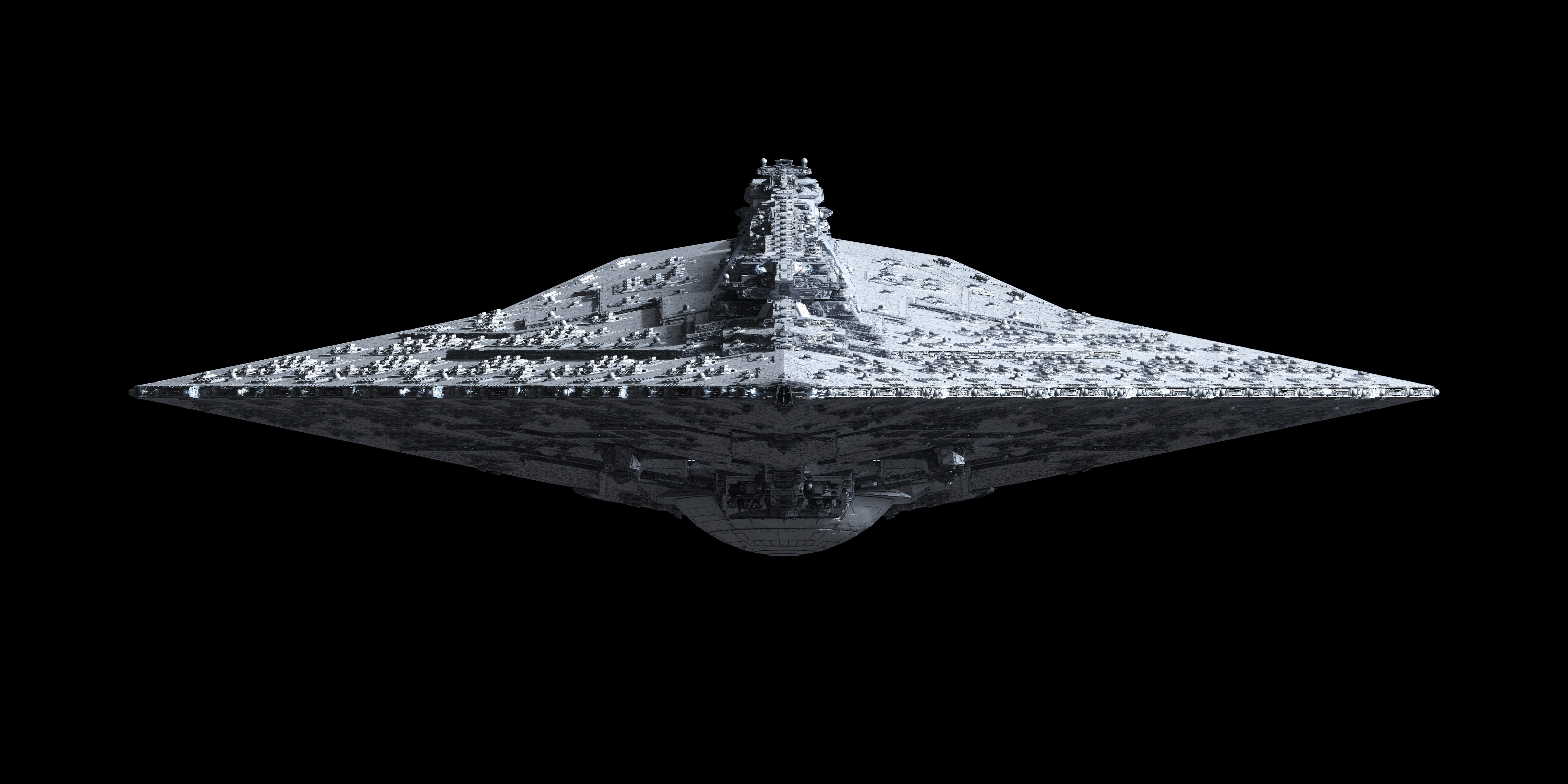 And this is what my ship looks like in that situation:​

Needless to say, I didn't have enough time to mutter even the age old line of "Oh, shi-"

So, with that done I respawned in a station. The exact station I'd just tried to leave. Yup, my industrialist still had their clone in Futzchag. So, instead of leaving in anything of worth, I bailed in a pod and hoped to hell and back that they wouldn't pod me to send me back to the station and then wash, rinse, repeat.

Made it back to Gamis and sat and thought for a moment. The BPOs I could replace easily enough, it was just expensive and, in fact, within a few hours I did replace them, though one of the BPOs I can't find yet. I got another one that's just as popular, though.

I didn't lose anything I couldn't replace, but the principle of the matter was that the dude was a ganker and the head of a corporation of gankers. They weren't even PvP fit ships, just pure "we wanna take down the littlest guys for easy kills and good laughs." To sum it up, they're bullies. Hell, they even mocked me as I left the system with calls of "thank you very much" and "did you wanna try and move more stuff? We'll help take it off your hands!" among other things.

Mercs I understand. Pirates I get. Even the New Order idiots and their anti-afk miners spiel I understand. I may not agree with it, but I understand it. But bullies? I don't tolerate that. This surpassed simple piracy and PvP. So, I followed the age old creed of the Wild West. Or, at least, what that creed should be in some places of the Wild West.

If you want Justice, you need to bring your own or have enough money to pay someone to bring it for you.

My PvP character isn't trained well enough to take them on and my industrialist is about as effective in a fight as Circe in a Convent. What I did have, though, was money. A lot of money. I asked around, talked to folks, trawled some chats I'm in, and got a few names.

I picked the best guy for the job and shot him an in game mail. Explained what happened in detail after the initial PM, told him what I wanted done, and listed a negotiable starting pay. I'll even share the mail lol

OKay, folks in the Fueled Circus chat room tell me you're the best at station games. Got nailed in Futzchag by the lovely We pooped on your lawn folks, specifically [REDACTED]. Station camped with two alts and nailed me as I was trying to head back to Gamis with a trio of Cruiser BPOs.

Now, like I said, they told me you're the best for this. The BPOs I can replace, not a biggie. I lost a shuttle and no implants, so anything lost can be replaced with some market searching. This is the principle of the matter. I'm willing to pay you the total amount of all three BPOs (240 mil ISK) and toss you the bonus of free stuff whenever you'd like if I've got it to go kill this bastard, tell him who sent you, and shoot me the killmail. If you wanna negotiate the price, that's fine by me. I'll work with ya. I'd put an open bounty on him, but then he could just do what [REDACTED] does on occasion and afk haul to get rid of it lol

If you can take the job, awesome. If not, no biggie. I'm easy lol

And, yes, I go by Popo on EVE. They know me on TeamSpeak by that name. The returning message blew me away. The guy said he'd do it and not charge me a cent. Completely floored me. Turns out he's a friend of the corp and was a member once, even ran with the corp group for ops and roams (he was in a roam or two with my corpmates while I was listening in on TeamSpeak while ratting). Basically stated he was wanting to get at them for a while now and that when he killed the guy, he'd shoot me the killmail.

This whole interaction showed me something. First, it showed me folks have little tolerance for gankers like that to start with. Second, it showed me that people really do look out for their own. Third?

I'm starting to love the criminal underworld on EVE. Makes me wish I could play a Hutt and really bring Popo to the game...