The sweetest dream, also the most painful 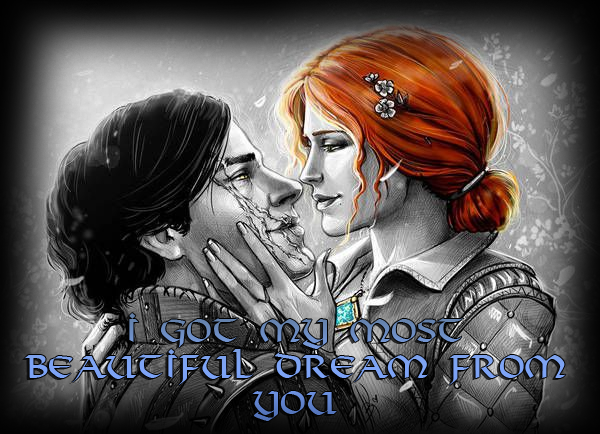 Ingrid held back on a mission to Adrian, the task she had to do fortunately was on Dromund Kaas so she didn’t have to go far. It couldn’t be said it would have been okay, her side hurt, the wound was still bleeding what she was suffering. Though she had taken care of it, it should have been okay, but it wasn't good. She landed on one of the ramps with her fighter so she had to go through as few places as possible until she arrived at her apartment, or Adrian’s. Blood dripped from her side, she was sick and not just because of the blood loss. She fought against overpower, and one of her opponents was able to hurt her. Her opponents did much worse than she did, though she would have forgotten the poisoning.

In the hallway, reminiscent of a snow-white marble floor, mud and blood left their mark. She didn't go to her own room, but to her lover. In this situation, she didn’t really know who could be of help, who might be able to save her. Adrian Vandiir 's knowledge was big enough to hopefully do that. She got into his suite, but after that she didn't have many memories of what might have happened. After the first few steps, the whole world darkened before her.

She regained consciousness in a dark place, at least she thought so, but she was lying on an ancient stone floor, in a hallway. Everything looked blurry, rough, a little hazy. Like a Force vision used to be. Suddenly she was filled again with the feeling like when Adrian had affected her mind on the PL during the invasion. Only with the difference that she felt no other consciousness now. No one attacked her now. And she soon found out about the place, she was home again.

She walked down the hall toward the main hall, suddenly feeling arms around her waist as if trying to hold her back from doing the walking. Unnaturally long arms. For a few moments, as if she had heard her name, from a distance, behind her. She stopped, letting the arms hug her securely. She realized for a moment that all this could have happened in reality. As she decided to go further, the arms became nothing with a pop, but she could still feel them around her, even though she had not seen them.

As she got closer to the main hall, she heard children laugh. For a moment, the pain ripped through her heart. It was the same as what she had recently experienced. The dream of the life she wanted to live, what she wanted to live with Tubrok, which she had only dreamed of to the point she could only imagine until the second most important man of her life gave it to her. It was Adrian Vandiir who made the dream tangible. She really saw the dream because of him, she may have been angry at the Sith Lord for it, but she didn't even thank the man because of the victim's pride. Because that's why, because of the dream Adrian could see her infinitely vulnerable.

She wasn’t always a monster, a humanity inherited from her mother, just that few could see because of her father’s personality traits. Even though she always looked like a tough, cold woman, she was a woman too. She sometimes needed tenderness, caring, even if she herself would never admit it. As soon as she entered the main hall, the blur disappeared, it was as if she were really there. Filled with a pleasant warm feeling, her twin children ran up to her with a loud “mother” shouting and hugged her.

For a moment she didn’t feel like a monster, the children were so innocent, and a monster can’t give birth to such innocents. There was only a simple woman here in the dream who was not becoming a monster by her duties either. Her older child was perfect too, the whole thing was so real. She didn't notice that she was dying in reality, she knew deep in her mind, but she didn't care. If it was the afterlife, she would have been happy to stay here. Where nothing is difficult, where she can get what she desires most. The pain of the desire to dream was also gone, she felt peace. Maybe the first time in her life.

Not what she was forcing herself after her training, she really felt perfect harmony. The children ran back to Tubrok and, as in the previous vision, began gripping around their father. Now she knew their names too, Eyjolf was the elder, Svala and Arnulf were the two younger. Above all, she wanted it to be a reality, more than anything. It felt like she was standing for hours, days, or a lifetime watching the kids play. Needed more than that in life? No, that was perfection itself.

She could feel the tears streaming down her face again, but it was now not tears of pain but of happiness. The whole world suddenly seemed to crackle, she felt the arms around her waist again and from a great distance she also heard someone say her name anxiously. The real images again became like a vision. Her husband turned to her and then looked at the children.

”Go out and play, I need to talk to your mom.” said the man.

”No, don't send them, not yet!” she replied desperately.

The children disappeared, she suddenly felt more pain than ever before, both physical and mental. She screamed and staggered. By the time she regained her balance, Tubrok was standing in front of her, the tall blond man holding Ingrid's face in his hand. The blue eyes intertwined.

”This is not the reality Beldame! They're not real, yet! You have to come back to make this dream come true. We still have plenty of time for it, but for that you have to wake up.”

”I want to see them again once more!” she begged.

And in the end, he kissed Ingrid, until finally the man suddenly became nothing with a pop. Ingrid looked around desperately, but she could only see the darkness. Suddenly she sensed two familiar aura that lit into the darkness as a road sign. Then the whole world burst with a loud crack. She heard again as many people called her name from afar, from the light. For a moment more, Ingrid saw her children, she reached out her hands towards the children, then the whole world ceased to exist and she was now opening her eyes in reality.

She was lying in an infirmary, it was raining outside, Dromund Kaas, it was still the Tower Vandiir, but Tubrok was here too. She cried, unable to decide if her whole body or soul was hurting more. It used to be just a dream. To do this, she got pictures from Adrian even on the PL, which only made it even more painful, even if she was infinitely grateful to her lover for all that. And here was Tubrok, who can not only give her this as a dream, but can make it a reality if they are lucky. Will they be?

Tubrok hugged her carefully, fearfully, and stroked her hair, shoulders, back. She would have tried to say anything, but not a single voice came out of her throat.

”Now you will be fine Beldame, you will not die… sleep, you need to rest.” he whispered.

Ingrid felt weak, overwhelmed by the dream in a matter of moments, but this time she wasn't dreaming. 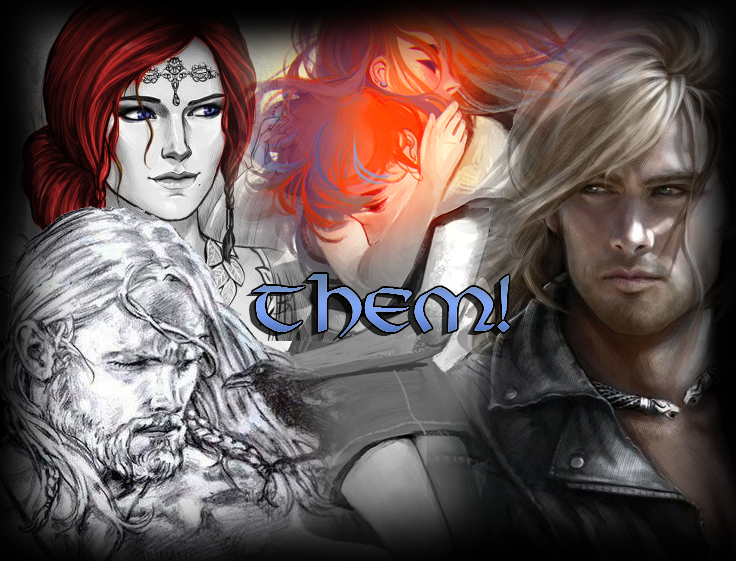