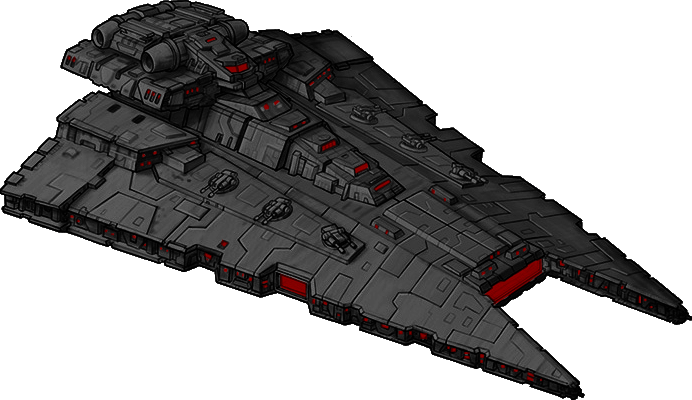 Courtesy of Imageshack
[SIZE=10pt]Intent:[/SIZE][SIZE=10pt] To provide the Empire with a second cruiser, capable of functioning in the heavier anti-frigate role
Development Thread: N/A
Manufacturer: Seinar Fleet Systems
Model: Cruiser
Affiliation: Sith Empire
Modularity: Yes
Production: Mass-Produced
Material: Durasteel
Description: While the Sadow was designed as a cruiser, to supplement the faults of the larger and inflexible XoXaan[/SIZE], the Zash was designed to balance it in the role of cruiser. A much better armed ship sharing the same basic keel as the old Broadside-class cruiser and Gladiator-class Star Destroyer, the Zash was designed to hunt down individual corvette and frigate-sized warships, as well as provide bomber support against said smaller warships. Unlike the standard Imperial fighter complements, most Zashs carry Tarals due to their superiority as a scout fighter.

Character Bio
Everything checks out then.