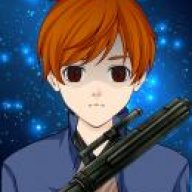 Located in the Corva Sector, Some called it an uninhabited wasteland of a planet. However, that was only if you were an uneducated slob who had never been off planet or read a book.

One such being was a common mercenary, who had been hired to smuggle some important documents across the galaxy and back to his employers. At the moment it was unknown as to who exactly had hired the merc, but one thing was known, the documents stolen had belonged to The Fel Empire.

The Fel were not a large group, but they weren't one to be trifled with, and when the documents had first gone missing, they had been quick to discover the mercenary, but not catch him before he escaped. A tracker was attached to his retreating vessel however, and was now traceable.

The signal had led to the capital city of Basteel, on the Outer Rim, Elardo City.

The mission​ was simple, locate the mercenary and reclaim the stolen docments by any means necessary. Of course, catching them would be another matter all together, he had been a slippery one, and now there was the risk of injuring civilians.

This wouldn't be as simple a mission as first thought.


OOC: Although the mission is the main objective, you don't have to be one of those who either volunteered or was hired to chase after the mercenary. You could just be one of those in crowd or a patrolling guard or whatever you want really.


Objective One: Recapture The Documents Any Way Possible


Objective Two: Try And Mind Your Own Business (Probably Fail To.)

Spirit of the Shadow Guard 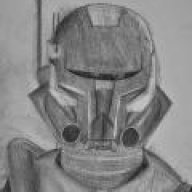 Character Bio
Neivon could always have a go at something as long as its for creds.

When a message popped for an emergency bounty, Neivon made sure to get on it before anything else could happen to him. He was following the trace of the thief as the signal was being projected on an open channel. It'll be all out here and he hoped he wouldn't be meeting others who might want the bounty themselves. The sum wasn't any small amount, perhaps the documents have worth beyond the asking fee? Neivon didn't really care. He just wanted to get to blasting again. Crystal treasure hunting wasn't a particularly strong interest for Neivon. Now he got the thrill he sought for. The addiction might get to him one day, but he didn't care. He stomped his feet on the ground, rocketing up in a diagnol line as to not miss the whereabouts of his target.

His refocused his visor to try and help see a distance away. Poor eyesigh didn't help him with stuff like this. If he had his little sith friend, maybe he could use the force or whatever to accelerate this. Who even knows where he's at at this moment. Neivon flew back down. Fuel was tight for him, he had to use it in short bursts as to not run out yet. He was pressed for time. He could just wait at this guy's ship, but any kind of wise guy would find some other way off-world. He's just gonna have to do it the old fashion way which involved lots of running.