Yet another cantina meeting

It was a dark and stormy night on the planet of Nar Shaddaa on an almost completely abandoned street it was almost pitch black, that is except for a single light, this particular light wasn't very bright, in fact it was almost non-existent an what little light it did have was flickering, as if at any moment it could go out, behind the light was a small wooden sign on the sign written in blood red letters read "Jawa cantina". With one flash of lightning a small figure appeared in front of the cantina her cloak pulled low over her face.

As she stepped inside of the nearly deserted cantina she would walk straight up to the bar, the wood creaking under her boots with every step. She knew better than to come to this cantina unarmed, under her skirt on each of her thighs she had a blaster concealed. Upon reaching the bar she would look up over the bar and look up into the bartenders face, her blue eyes sparkling as she ordered her drink and took a seat at a bar in the back of the cantina 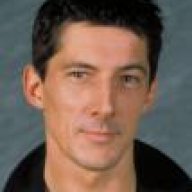 Character Bio
One more night. One more check. Ten more drinks. That was Varan's life. And here he was, working on drink seven. Nar Shadaa had become on of his favorite planets over the centuries. So much life, so much struggle. For a man like him, there was always a quick buck to be made. Reaching over to the bottle beside him, Varan started to pour more of the amber liquid into his glass. "Just burning water..." That was the problem with zorren anatomy. Drink all you want, your metabolism will burn it up almost as fast as you put it in if the drink isn't strong enough.

As someone entered the quiet bar, Varan lifted his gaze to the young woman, the glowing golden orbs following her to the bar. What's a pup like her doin' in a place like this? Dismissing the question from his mind, Varan simply returned to his drink. It's not like he was exactly the most legal person in the Galaxy at the moment. Besides, even though he'd heard that Veradune's bandits had been purged, the instinct to not draw attention to himself had remained.

Skyler would gaze around the bar and her eyes would settle on the man sitting at the bar. There was something about him that made caught her eye, she would get up and make her way over to him saying "Is this seat taken?"

[member="Varan Zarvenis"]
You must log in or register to reply here.

Yet another cantina meeting.

Private Yet another Gathering