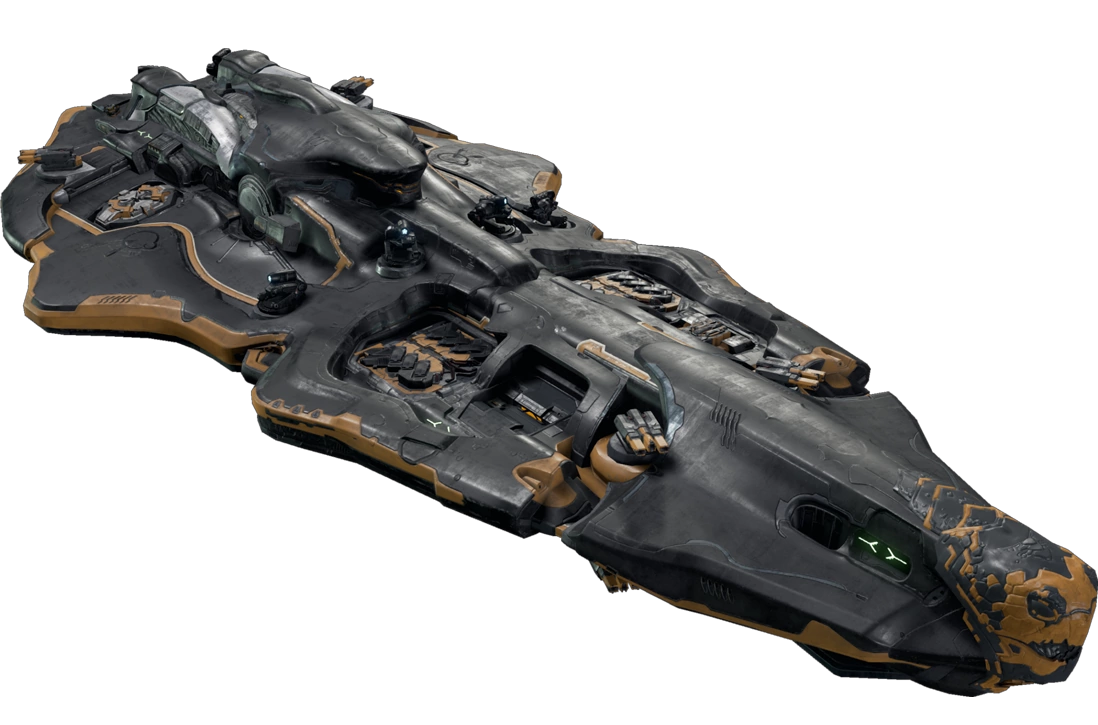 The Warpath is a powerful relic from a time when the Sith Empire pressed hard against the Galactic Republic. Now, it has returned to the current age, recommissioned by its old commanding officer, Admiral Jaggar the Impaler, and is even stronger than ever before. This massive warship is a beacon of despair and terror once it makes its way onto the battlefield.

As an experimental design, the hull of the Warpath is made solely from hijarna stone, a material known to absorb lasers like a sponge. This ship sports an impressive assortment of offensive systems. The main mission of the Warpath is to push deep within the enemy lines and decimate them from close quarters. This lead to the engineers focusing on heavy defenses when designing the ship. This lead to any dedicated hangar space in the potential design being left out in favor of other systems.

Please move these weapons to the armament section, as they are weapons designed to damage other ships.

Personal sidenote, I don't see an issue with the LLT-12 Erebus showing up on this ship (as per the sub's description, a number did find their way into less legitimate groups hostile to Lucerne Labs), but I'd rather not see it commonly show up on TSE ships.

Hijarna stone is noted as being effective against turbolasers and laser cannons, and I think that we can extend that to other weapon types that focus on superheating a target to damage or destroy it (proton beams, etc).

However, ion cannons and other EMP weapons do not function in the same way. Please remove the reference to "ion" in this section.

Antimissile octets aren't able to target ships. At, least, they aren't meant to. Moved that to missile countermeasures then the rest to armament.

The Erebus is open market so I don't see the problem in using it.

I guess I misread the line on the wiki about being invulnerable to all energy attacks except the likes of a superlaser. That edit has been made.