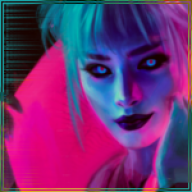 A sleek alien cruiser dropped out of hyperspace. Starlight shone on its blued metal hull. Standing on the bridge beside the captain, Linna found she never got tired of the sight.

<<Hail them,>> said the Sharukan captain, and the comms officer opened a channel. The captain didn't need to tell Linna to translate: she knew her job.

"Unidentified ship, this is the Sharukan Empire cruiser Tyrax. I speak for the captain. He asks to know the reason for your distress call."

"I just barely escaped an event on Korriban. The Sith have returned, and they're plotting something. I got away, but my ship is damaged and my fuel is low."

The captain raised an eyebrow; Linna knew her cue when she saw it. <<As you know, the Sith are a thirty-millennium-old paranormal tradition, very popular among humans in this era. Korriban is their ancient homeworld. At least three major Sith-aligned empires have threatened human civilization in the last two decades.>>

<<I see. Well, there are no Sith here. Offer the human safe passage.>>

Linna nodded and raised her voice, switching languages so Okuro could hear her. "Our technology is incompatible with yours. Repair and refueling won't be possible. We can bring you and your starfighter aboard and give you a ride to Ryloth, but that's the best we can do."

"I suppose so, as long as there are methods of communication. I've got a guy who can get me to the repair shop, but this is the only working frequency my ship has left. What about all my droids on board?" 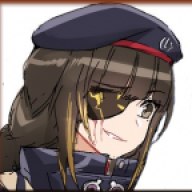 Character Bio
Ryloth was one of the Confederacies of Independent Systems core worlds, being on of the first to be liberated under Darth Metus. So when distress signal was picked up along with several capital ships entered the planets immediate space, one being a old star destroyer looking vessel, damaged and beaten while another of unknown origins suddenly appeared it did not take Kiso long to bring her flag ship around to intervene.

"Commander it seems the two vessels have made contact with each other, what are your order"?

"Open up com lines to the bother, I want to know why two large warships have suddenly made their presence known in CIS space".

Comming closer the Invictus Class BattleCruiser Tenryuu loomed over the two smaller warships, opening a channel to the unknown craft.

"This is General Kiso of the CIS navy, state your business and why you have violated our borders", she replied in a commanding voice, having no idea if there people where potentially enemies or just lost.

"Our hangar has enough space for your ship to land, and yes, you can send a message to your friend."

<<The humans who rule this territory should have responded to his distress call by now.>>

<<Perhaps they judged it beneath their notice, Captain, or they simply didn't detect it. Your communications gear is probably superior.>> Linna refocused on Okuro. "Land in our hangar and we should reach Ryloth within the hour."

"This is the Sharukan Empire cruiser Tyrax. I speak for the captain. We detected and answered a distress call that your government neglected."

A voice appears from out of nowhere saying I am present

His Cruiser landed in their hangar and Okuro walked out, his lightsabers ignited just a a precaution. He didn't know these people, and had some trust issues.

Character Bio
Sharukan security officers met [member="Okuro_Ishimoto"] as he exited his ship. The aliens' blue-gray skin flushed vaguely indigo with heightened energy. Their hands rested on their holstered guns, and they eyed the activated lightsaber warily.

"Light sword no," one officer croaked in broken Basic. "Weapon no. Fight no." He gestured at the Jedi's ship. "Go back."

He held his blades in a defensive position. "I don't want to fight, I'm just making sure the area is safe." [member="Linna Beorht"]

"Is our ship, human. Is safe if no light sword. Put away or go back to human ship."

He scoffed slightly and deactivated them, keeping the hilts in his hands just in case as he continued down the ramp.

Character Bio
Kiso quirked an eye brow, the damaged ship had only entered hyperspace a few minutes ago, and the fleet above Ryloth was not really expecting some ancient Venator to suddenly wind up on their door step.

"I fail to see how we have neglected the ship, whats more why you have come within our borders, plus I have no heard of this Sharukan Empire, and if so why did you not contact us before enerting our territory".

Even allied vessels needed permission to come through CIS space, and one from an unkown empire that seemed to come just at the same time as another damaged ship seemed to strange.

The Sharukan captain snorted audibly and spoke in his language. Linna translated.

"The Captain says that a claim is only as firm as the manner and vigilance of its possession. If a ship far from home could respond to a distress call before a ship that claims this system, that says a great deal about the claim, does it not? As for your questions, I've already answered the first. And we did not contact you for the same reason you have never heard of us: your territory is unfamiliar and largely uninteresting. We intend to deposit the crippled ship at Ryloth and continue on our way."

Okuro sat on a nearby bench, yawning softly as he looked at the aliens

Character Bio
"You arrived in this system but a few minutes after the damaged vessel entered this system, I fail to see how that is being negligible, unless a minute in your term of thinking is a few hours". The more and more she talked to these Sharukans the stranger things became, unless their ship was already coming here for another reason.

"You said your territory is unfamiliar and uninteresting, so why respond solely to that ships distress beacon and not thousands of others all over the galaxy? I find your reasoning for being here contradictory".


"Who're you talking to?" He asked the Captain and his translator. Something was off here...

"Because this was the distress call we happened to pick up," said Linna, doing her best to keep condescension out of her voice. She cut herself off at the captain's signal to end transmission.

<<Navigation, find another world to deposit the Jedi and his ship,>> he said. <<This conversation wastes time. Doctor Beorht, your thoughts?>>

<<The fastest route away is a major hyperlane called the Corellian Run. A little farther away from the core should take us to a neutral port called Naos.>> At the captain's nod, Linna turned to [member="Okuro_Ishimoto"]

"The local authorities are very suspicious of both of our ships, so we're setting course for a nearby neutral world called Naos Three. You'll be able to get fuel and repairs there."

The Tyrax began to turn, adjusting its course and preparing for hyperspace.

Character Bio
"Commander they seems to have broken off communications with us, what are your orders"?

"Let them go for now, I have to do some research into this Empire of theirs, they don't seem hostile but I would rather be safer then sorry".

"Yes call my mother, I think she would have some in sight into this, if not would at least know someone"

The Flagship would sit idly by and allow the strange craft along with it's new passengers to leave the system... this time.
You must log in or register to reply here.