BIOGRAPHY:
Tyock was always a strategist, because of this, he was immediately taken in to the Imperial Academy. Tyock became one of the best strategists in the Imperium until it fell. He then, preparing himself, trained vigorously to physically bulk himself up after the fall. He then would suddenly hear a holo broadcast of the fall of the imperium . by sorrick himself with this the man immediately with his small band of troop's came to support his cause. to this day he is a threat in any land battle.... watch out.

Character Bio
Just wanna let you know that "Corellian" ISN'T a species, Corellian is a demonym. You should put Human there and add that Tyock is from Corellia.
@[member="Tyock Shrise"]

Character Bio
@Sorick Hoften
I know what a Corellian is, it's just a naturalized term for Humans deriving from the Corellia Sector. Dranok, in fact, is Corellian.

Character Bio
I live on Corellia. They're human. Trust me.

why is it star wars combine makes them their own race now im confused :3

fix it and put human in i guess :3 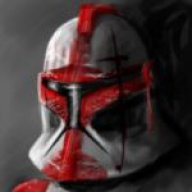 so the remnant ay ? alrighty I guess ill sign up to.

ok i changed it to Human