The Wrong Side of Heaven

The Childen of Yun-Yuuzhan, colloquially known as Vong, although, from what he knew, that was basically calling them bereft of their gods. Still, the term functioned as a good nickname for those unfamiliar with the hostile species who had, long ago, been mostly confined to Sekot as punishment for their invasion of the galaxy.

Sarge sat, eyes fixated on the elongated lines of the hyperlane as his mind twirled around what he knew of the Vong. He'd heard a rumor, centuries ago, that their Force connection had slowly been returning now that they were reunited with their homeplanet. Was that true? Were the feared Force-Dead warriors of the Vong now reconnected?

Or was that simply a genetic abnormality. He sighed, eyes flickering over his shoulder to where the navicomputer kept track of their progress and position. Nearly there. Nearly to the answers, or, perhaps, more questions.

Sighing, resting his head back, he ran a hand through his shaggy brown hair as a low whine from behind heralded the arrival of his astromech droid. Without a copilot, he kept an old, battered R6 unit around. And, perhaps most strikingly, an old HK unit performed guard duties for his ship while he wasn't around.

Earlier, while the pair had still been at the restaurant, Xeni had hoped - without his knowledge - that his ship was better equipped for the journey than hers. She couldn't have been more right. His YT-1300, while old, had been heavily modified to bring it in line with modern freighters. Boasting a hyperdrive well above the legal capabilities of most, it would make the trip faster than her ship ever could. And that was to say nothing of the interior.

To call it a ship was a bit of a misnomer. It was, clearly, a home. It had a small kitchen, living room, and walls and floors redone to give it that feeling of a house. Furniture had been picked out that looked more like it belonged in someone's vacation cabin than in a ship, and Xeni herself had been given a bunk that was more of a guest bedroom. He'd torn out the bunks and instead put in large beds, ensuring that his passengers had rooms to themselves.

A medical suite was situated next to the cargo hold with a bacta tank installed, along with a surgical droid. Behind the walls, however, were various smuggling compartments replete with stashed away weapons that could be used for defense if need be.

"Almost there, Xeni.", he yells from the cockpit. Just a few more minutes. 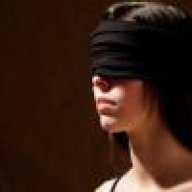 Xeni stared into the dark abyss that was her vision. She'd been awake for a while now since her small nap. But the motivation to actually see things had vanished. When they had first boarded, Xeni impressed to say the least. Much more luxurious than her own ship, Xeni had pouted in small jealousy. She was hoping by some small chance that hers had been better. But the mercenary business probably had more income than a simple researcher on a stipend. Or, Maybe he was just a good mechanic. In that case, he deserved even more of her jealousy. Multi-talented, non-seeable human.

However, a closer look revealed that he lived here. No house to go to; maybe perhaps no family to go to. And while he had a surprising guest bedroom, it looked rarely used. Xeni is not one to get sentimental over other people's lives, but this felt...lonely? Was that the word? She's never really felt lonely. She's felt sad when her parents died, but lonely? The concept was pretty foreign to her.

Another sigh as she felt for the edge of the bed and practically rolled out of it. Slowly she gathered enough of the Force to activate her vision and started to prepare for Sekot, assuming they would be arriving soon. She had wondered if her small batch of equipment (being her datapad, her bag, a bottle of kolto, and her MMAD) would suffice for this trip. Couldn't really help the vision part, but hey. At least she's be able to see that planet itself.

She had just strapped on her (new) cloak when Preacher's voice echoed from the cockpit about the impending arrival. Shivers crawled up her spine. She could feel Sekot. The presence was thick like..like molasses, overtaking her sense moment by moment. How... how spine-tingling and scary. A shaky smile. She had a feeling that this journey was going to be quite fulfilling.

She strolled to the cockpit and looked out the ship's front, gripping what may be Preacher's seat (from the body heat). The feeling heightened as they drew closer and her hands began to tremble ever so slightly. She'd never been so close to such a huge mass of energy and Force. And was living.

She leaned over, smiling, and gave him a thumbs up.

Character Bio
The soft patter of footsteps told him Xeni was coming, and the faint pressure of a hand on the back of the pilots chair told him she was behind him. A faint vibration on the headrest told him that she was either nervous or nearly giddy with anticipation. Leaning his head back a little to look at her, he smirks a bit.

"Are you?", he asks with a bit of a laugh to his voice. With a whir of slowing engines, the lines of hyperspace snapped into hard pinpoints of light, distant solar bodies whose light was just now reaching this system. Ahead of them lay the unique planet, entirely sentient.

Was it still? Or was it not?

He'd never know, as he had no connection to the Force. "So... how is it?", he asks. Man that sounded like the start of a bad innuendo.

Xeni leaned over towards his voice, probably closer to his actually self than she realized. How was it? Well, an entire planet filled with the Force wasn't exactly an easy thing to explain, but he could see it ,so did it matter? She smiled and nodded that it was okay. Though okay was an understatement. Very much an understatement as her vision sorted out the layers of Life, the ship getting closer and closer to the planet. Another few moments of awe as she sat down in the seat next to him, buckling up for landing.

She hated turbulence no matter when and where, so probably overdid it with strapping herself but.... She relaxed against the seat as a presence much, much bigger than herself tickled her mind and senses. So the rumors of Sekot being sentient were true. Yet, no words were transmitted; no ideas or image. Then eventually the presence went away.

She'd need that strapping - Sarge performed all atmospheric entry like a combat drop. The feeling could best be described as akin to doing high speed on a bumpy road. Turbulence didn't even begin to cover what was going on, and if she could see him, she'd know he had a white knuckled grip on the flight stick as they screamed down and towards the planet.


But, unbeknownst to him, most of the Vong here had no means of communicating where to land, so as he came in low over the land he activated the sensors which would locate and pick out settlements that may be upon the surface. This was about their only way of finding a place to land and finding natives to speak with.


If they couldn't find anything... well, they were kind of karked. "Let me know if you get and direction on where to go.", he mutters.

Directions? Xeni hesitated before reaching out mentally with the inquiry, which probably wasn't the best idea in the book but it was the best she had.

It wasn't really a voice. More of a pull. She pointed to the right at first and slowly moved her finger as they followed the pull until at last they reached what she assumed a safe place. Looked sort of like a meadow in her vision. It was flat at least. However, it was quite hike to any civilization. A small grimace. Hiking on an entire planet full of being she couldn't sense sounded horrid.

Right here. Is it possible to land here?
--------
@[member="Sarge Potteiger"] : I'm sorry for the late, crappy post. The holidays were hectic and now school's started.

"If it's flat and large enough, I can land.", he grunts. It was going to be an abhorrently tight squeeze, really. Still, he somehow managed to finagle the ship down and into the clearing as best he could. With a faint shudder, it set down and settled in on its landing struts. "Whenever you're ready."

She unbuckled herself and slowly stood up, balancing herself. Needless to say, entering and landing had thrown her for a loop and left her dizzy. Patting down her body and looking through her bag, she nodded towards Preacher to lead the way be cause she certainly wasn't going to risk it.

Would it be wise to bring any weapons or such? Xeni wasn't one to carry around lethal objects since it'd seem hostile, but she had a gut feeling that Preacher was not so. Though the Vong had an incredibly violent past and reputed nature, she was sure that had changed over the years after the defeat. It was a 50/50 chance and whatever entity inhabited the planet did not explicitly state any rules against them...