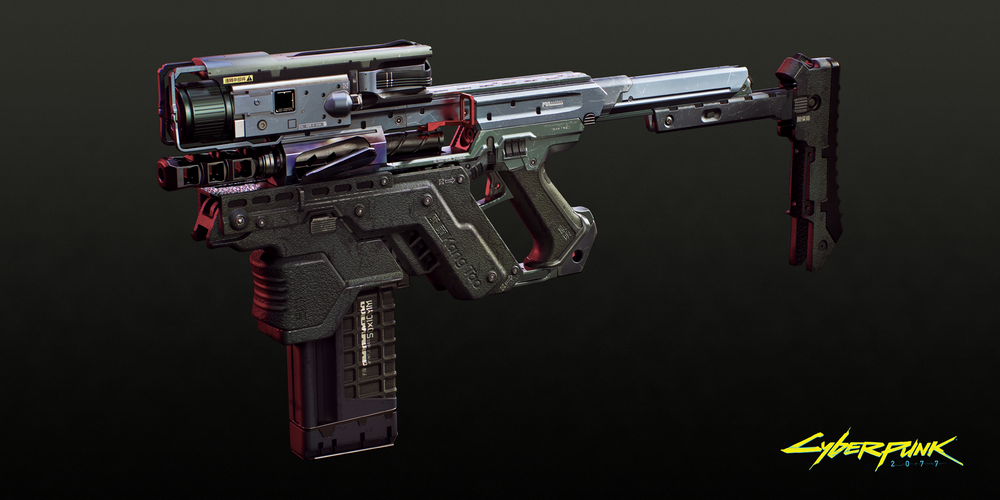 It is not known how Arturo's order arrived at HPI Consortium; probably through House Orchid, which is owned by Silhana and she has worked with the man more than once. The point is, there was the order and. It was necessary to make a weapon called the Wolfhound, which became a hybrid weapon, combining the advantages and sometimes disadvantages of archaic slugthrowers and modern blaster rifles.

In today’s modern world, ironically, archaic weapons are the most effective against space wizards (Sith and Jedi) because it is hard to defend themselves with lightsabers against the slug based ammunition. Probably this was also the reason why this weapon also had to be made with a hybrid solution. And the HPI was already proficient in this because they had made hybrid weapons before.

Based on the order, a fairly average weapon was made, which is made special by the rate of fire and the damage dealt, not to mention the numerous extra functions and accessories that the weapon has. Countless chips, programs, aids, genetic identifiers make the weapon even more special and unique. There are several modes of use in the weapon, as well as a non-lethal, stun mode.

On top of all that, it’s worth noting that the rifle is very easy to use, maintain, and extra accessories like bayonet, different scopes can be added to it. Because of its ease of use and usability, even on the battlefield, it is easy and easy to change the ammunition, cartridges and energy cells. All this and its diversity make the weapon perfectly usable in any condition.